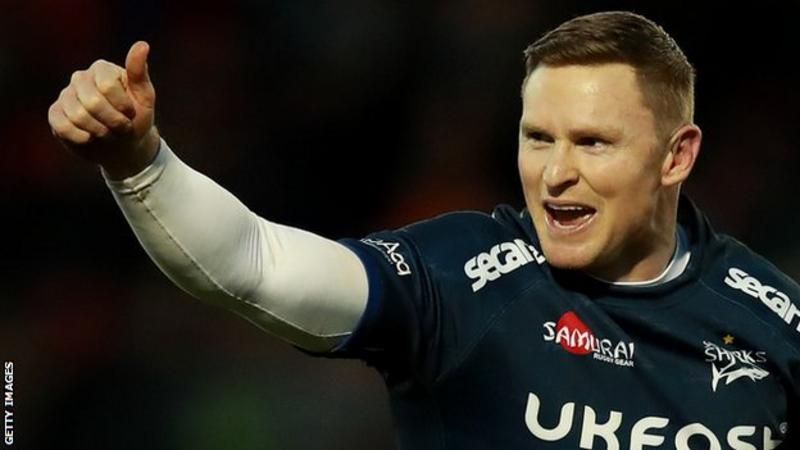 The 32-year-old had his Sharks contract terminated by mutual consent on Monday, with director of rugby Steve Diamond saying “a difference of opinion” with Ashton led to the player’s departure.

Ashton, who has scored 86 Premiership tries, says he hopes the move will see him become the first past the 100 mark.

“I know that I have still got a lot to give on the pitch,” he said.

“I can’t wait to get started at Quins. It is a club filled with incredibly experienced and talented players.

“When I spoke to Gussy (head of rugby Paul Gustard) and heard more about the direction the club is going in, and what it means to be a Harlequin, I knew that this was the right move for me.”

Ashton is third in the Premiership’s all-time list of top try-scorers, behind only former Wasps and Leicester flyer Tom Varndell (92) and ex-Sale winger Mark Cueto (90).

While still with Sale, Aston spoke about his desire to be the fist to hit three figures.

“I am confident that being at Quins will enable me to continue scoring tries and help me with my aspirations of reaching 100 Premiership tries, beating the current record,” he added.

Gustard is delighted to bring Ashton, who he called “without doubt one of the most competitive, professional and dedicated athletes” he has ever come across, to The Stoop.

“His drive to succeed and win is exceptional, allied to his desire to improve and be the best version of himself he can be has always been clear,” added Gustard, who said Quins first tried to bring Ashton to London after he left French Top 14 side Toulon in July 2018.

“Unfortunately we were not in a position to compete 28 months ago. However, circumstances change and timings can sometimes work in mysterious ways, meaning we were able to get our man.

“We have four of our senior back-three players currently unavailable with injury and therefore to bring Chris to the club is a big boost to the squad.”

Ashton’s move comes just a day after his now Quins team-mate Danny Care told BBC Radio 5 Live’s Rugby Union Weekly Podcast about the winger’s search for a new club and how he “ruffled a few feathers” by posting a picture of the two of them with an invite to join him in London.

It is a return to the nation’s capital for the winger, who won two Premiership titles and two European Champions Cups with Saracens.

Earlier this year, Ashton, also a regular on the Rugby Union Weekly podcast with Care, was named in a leaked report into relegated Saracens’ salary cap breaches, having invested in a property with the club’s former chairman Nigel Wray.