England sit top of the Six Nations table with one round of matches left to play.

Eddie Jones’ team climbed above France over the weekend as they beat Wales and Les Bleus suffered defeat to Scotland.

Here, Sportsmail’s Chris Foy gives his thoughts on the tournament. 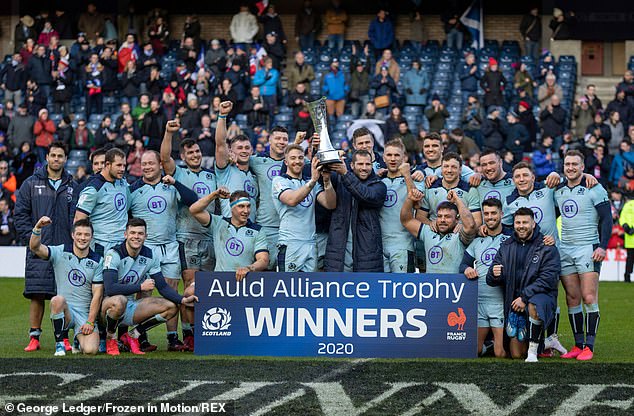 The tournament will not have the simple finale some may have hoped for as a result of Scotland’s win. If France had won, they could have wrapped up a Grand Slam on Saturday in Paris. Instead, the trophy is likely to be unclaimed until the autumn — a suitably disjointed way to conclude a less than vintage campaign.

Back at home and stung by the loss to the Scots, France will be favourites to bounce back by beating Ireland, if the game goes ahead. Ireland will not have played for three weeks and have yet to reach top gear. A French win — even with a bonus point — would make England favourites to snatch the title when they do play Italy. 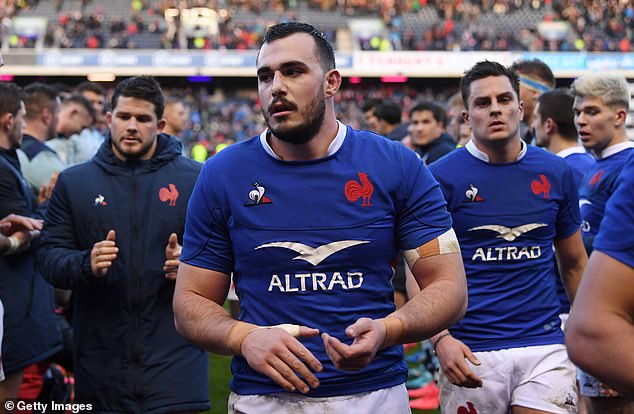 Kiss of death for Adam

There was jubilation in the stands at Murrayfield as Scotland upset the French, but one celebration caused consternation on the field. When Adam Hastings landed a penalty in the first half, the big screen showed his mum Diane kissing his dad, former Scotland captain Gavin — prompting a look of horror from Adam.

It is rare to see two red cards in a championship weekend, but both were justified. Manu Tuilagi could have no complaints, despite Eddie Jones reaction. The centre’s shoulder hit George North’s head and without an arm-wrap as mitigation, it was a fair dismissal. And Mohamed Haouas truly lost the plot when he punched Jamie Ritchie. A long ban awaits. 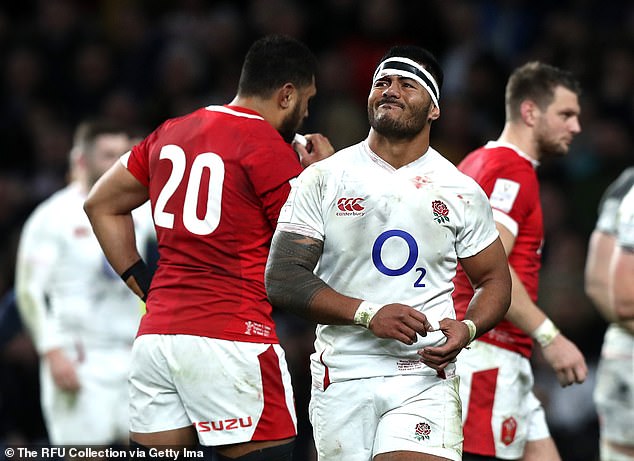 Much has been made of Shaun Edwards’ impact on France as their new defence guru, so credit must go to his counterpart in Scotland, Welshman Steve Tandy. The former Ospreys head coach was acclaimed for his work with the Waratahs in Sydney and on Sunday the Scots were outstanding in defence.

All the drama and controversy at Twickenham drew attention away from a masterpiece of a Welsh try right from the kick-off at the start of the second half which deserves re-living. From Nick Tompkins’ vision, to the speed of the long-range raid, the slick handling, astute support play and Justin Tipuric’s galloping burst to finish, the try was a mesmerising instant classic.

MY TEAM OF THE WEEKEND