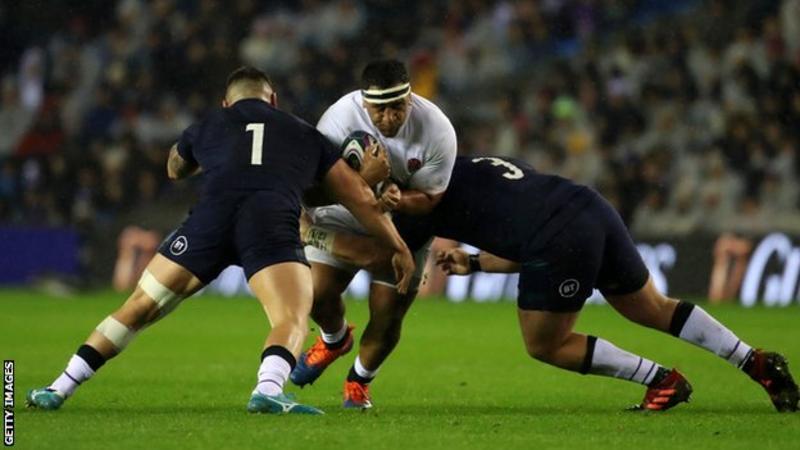 Vunipola was stood down for England’s Six Nations match with Wales after recently travelling through Hong Kong.

The prop has trained with Saracens this week and will start against Leicester in the Premiership on Saturday.

“PHE current guidance on coronavirus is clear on when self-isolation is necessary,” a PHE tweet said.

“Earlier this week the RFU asked a player, having returned from travel overseas, to not attend the camp to avoid the risk of spread, which was not necessary as he was not displaying any symptoms.

“The RFU accept this and this clarification.”

“And that’s the advice we followed. We are a camp-based environment and we stay in together 24 hours a day effectively.

“Mako didn’t come into camp on the advice of our medical team, who looked into the situation closely and as a precaution they advised us that the best thing for our environment was for him not to come in.

“Mako is not ill, he is not in self-isolation, but the advice we got for our environment from our medical team and the relevant parties they consulted was that he should not come into camp, and that’s the advice we followed.”

Vunipola’s Saracens teammate Jamie George says the England squad have had a “heightened awareness around hygiene” because of the virus,

England host Wales at Twickenham in their final Six Nations game on Saturday, after their trip to Rome was postponed because of the outbreak in Italy.

“In a rugby environment a cold would go around the team a lot quicker than in the general public,” said the hooker.

“It’s an unfortunate situation with Italy but I presume the health experts are doing exactly what’s required.”

No England players have been symptomatic or tested, and George says the squad are taking “simple” measures to guard against the outbreak.

“We have to have a heightened awareness around hygiene and it’s the simple things that need to be done, like washing your hands,” he added.

“It definitely hasn’t been a distraction, rather it’s been a reinforcement that we need to prepare for this week properly.

“We have to pay our respects to Wales and prepare in the way we need to win the game.”

Victory for England will secure the Triple Crown and keep alive their hopes of a third title in five years, and George says the hosts are “preparing for a proper battle”.

“We’ll be back at Twickenham and you can’t take away the edge that this fixture brings,” he added.

“I’d say it’s our strongest rivalry historically. If you look back at the big games throughout my career they’re the ones we get most excited about.

“There’s a different edge to it. The Welsh fans when you play in Cardiff make it petty hostile, so we’re looking forward to welcoming them to Twickenham and want to make it as tough for them as we possibly can.

“We’re aware Wales are coming in off the back of two losses and will be hungry as ever to get that victory. They’ll be as physical as anything so we’re preparing for a proper battle.”