‘There’s definitely the perception that if you’re gay you might be soft, but rugby’s making progress’: Exeter-bound Jack Dunne will soon be the Premiership’s only ‘out’ player and the 6ft 7in, 18st forward is ready to challenge prejudice

Jack Dunne is sitting in one of the bars he used to visit as a teenager, laughing about the days when it hosted underage discos on its sticky dancefloor. He spent his school years tearing up the streets of Dublin, drinking Guinness, but there is one particular night that sticks in his memory.

‘I’d lost my friends on a night out and then the beers tell you what you’re doing,’ he says. ‘I was 18 or so and it was the first time I’d kissed a guy. A random guy in a nightclub. It was cool. It felt liberating. I realised I was bisexual when I was 15 but I kept it under the rug for a few years until I’d kind of accepted it myself. That night I was thinking, “Jeez, I wish I’d got this over with three years ago”.

‘At the same time, I was terrified people would find out. Really paranoid. I didn’t want to get caught. You’re scared of what everyone will think, really. As a teenager, you just want to fit in.’ 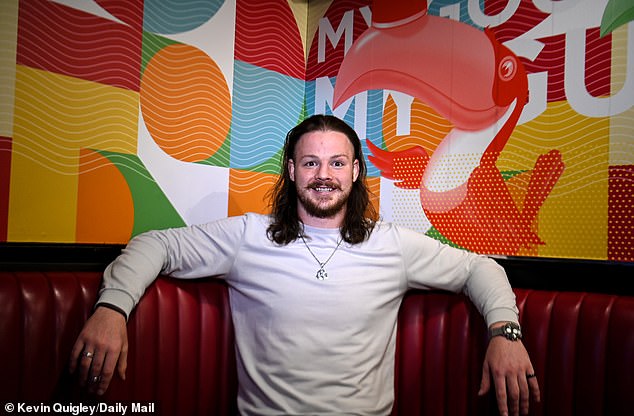 At 6ft 7in and 18st 12lb, it is not easy to be discreet. Dunne barely fits through the doorways of some of the city’s old-fashioned pubs. Back then, he harboured dreams of making it as a professional rugby player — Leinster being the holy grail — but he was worried about how his team-mates would react. How would a bisexual be received in rugby’s macho, alpha-male world?

‘I was the captain of my school’s senior cup team and I didn’t want to risk anything, so I consciously waited for the rugby season to end before I came out. Obviously in rugby you’re showering with all the lads and stuff so you’re worrying about how they’ll react. I told one friend to start with and it was grand. Then I told everyone else and they were great. It wasn’t a huge thing but it felt like a massive weight off my chest.’

Dunne played for Ireland Under 20s, featuring in the same junior World Cup as Romain Ntamack and Marcus Smith, before eventually achieving his goal of representing Leinster’s first team. By the time he broke through, his sexuality was old news in the dressing room. 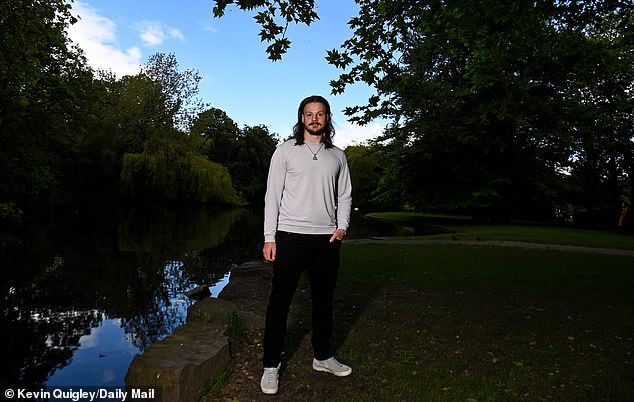 ‘When I joined Leinster, everyone already knew. I went to a massive rugby school. Just in second rows alone there was James Ryan, Ross Molony, Ryan Baird, Oisin Dowling, myself. I’d always chatted about things with the academy lads and eventually some of the older lads might ask questions about it after a few pints. It was never unspoken. There was no taboo.

‘In teenage rugby locker rooms, it’s probably a more aggressive culture and you could definitely see how younger people would get forced out of the sport. But at this standard, in professional rugby, you can’t be an a***hole. When the Rainbow Cup was launched the other year, Tadhg Furlong was actually pushing for me to be the face of it! He’s a bit of an entrepreneur and was asking for a 30 per cent cut. He’s a mad man. A funny guy.’

Despite being welcomed with open arms, Dunne is the only active professional in rugby union who has come out. And after gay Blackpool footballer Jake Daniels revealed his sexuality this week, he wants to continue normalising the conversations.

‘I have a lot of respect for Jake because the football world is a few steps behind rugby,’ says Dunne, 23. ‘Footballers get a lot more abuse, regardless. They’ve got the World Cup in Qatar which is a bit grim. I’m not a big football fan anyways but even if I was I don’t think I’d be going over to watch it. The sad truth is that money makes the world go around. How can you promote all these rainbow laces campaigns and then consider something like that? Newcastle United tweeted “Well done” to Jake Daniels but then their Saudi owners have some questionable beliefs. Can you really do both? 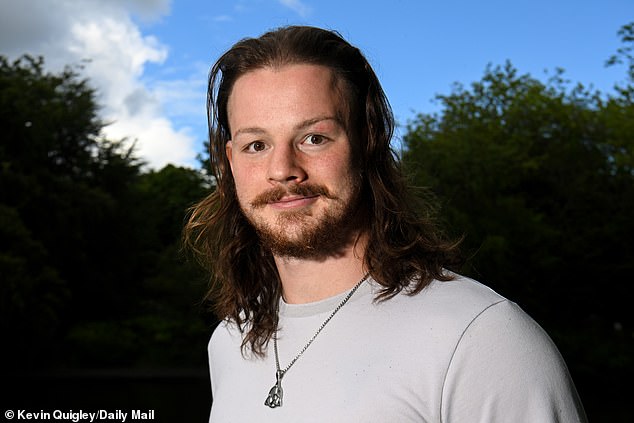 ‘I wasn’t impressed when Russia was touted as a potential host for the rugby World Cup, but our sport is making the right strides. There’s definitely the perception that if you’re gay or bisexual then you might be soft, but that’s obviously not the case. You’d hope we would get to a point where it’s not a thing for someone to come out publicly. You might notice their wedding post on Instagram or whatever and it is what it is. It will probably take a couple more guys before it becomes normalised.

‘Statistically, it would be a pretty big anomaly if there weren’t any more gay rugby players out there. Queer people get a hard time in society as a whole and if society improved then rugby would probably follow a bit.’

Rugby has faced its own battles with homophobia, with former Australia international Israel Folau calling out homosexuality for conflicting with his religious beliefs. Folau’s view is shared by other Pacific Islanders but Dunne has never experienced any problems first-hand.

‘If religion helps you find peace then that’s brilliant, but I don’t know if all of it is applicable to our modern society. People have their beliefs and I might not agree with all of them, but you have to accept people are from different cultures. Would I like to sit down with Israel Folau to talk about it? Not really. I don’t agree with posting things like that all over Instagram. 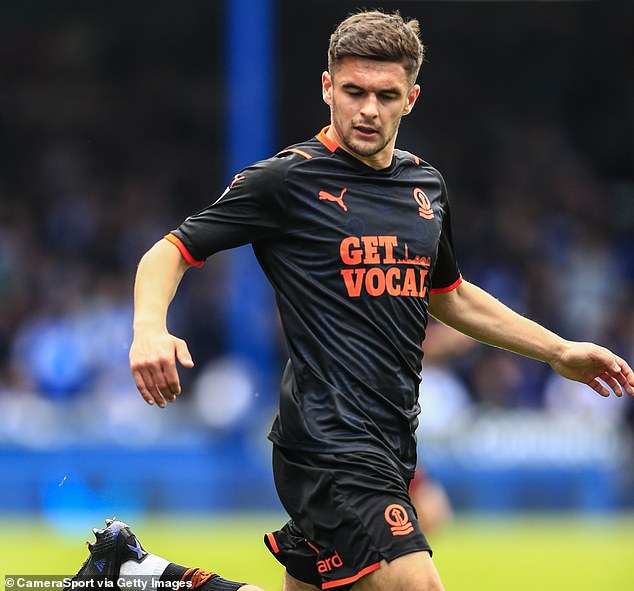 ‘It’s a difficult topic because a lot of players come from very religious backgrounds and that’s what they’ve been taught their whole lives. There are Pacific Islanders at Leinster who are dead sound with it. They’ve been really supportive.’

Dunne is keen to use his platform to open up the conversation. In a few months’ time, he will join Exeter, where he will become the Premiership’s only ‘out’ player. But for now, his focus is on doing everything he can to help with Leinster’s Champions Cup final against La Rochelle next week.

‘La Rochelle are a quality team, so the lads are really geared up for it,’ he says. ‘With Stuart Lancaster, our sessions are so intense so when you go to the match you talk about going to the kill zone. If you get into a boxing match with the French then you’ll probably lose, so you need to move them about. We’re in for a big week.’

And Dunne, for the sport’s greater good, is ready to go into battle with actions as well as words.