John Inverdale breaks off half-way through an answer. He is sitting by a freshly painted picnic table at Esher RFC – where he is president – in his old 2011 Rugby World Cup tour company fleece, gazing out onto the 1st XV pitch.

It is the last Tuesday in March, the hottest day of the year so far, and 75 men are lining up for their first rugby session in months. After so long away due to COVID, he just wants to drink it in for a moment.

‘Sorry I’m just looking to see how many people are here, this is fantastic!’ Inverdale purrs. 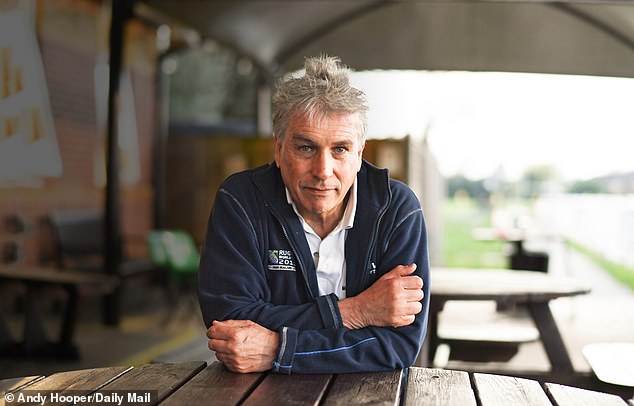 This is day one of the future – the first time his and many other rugby clubs across the land have been able to do this since November, if not last March before the first lockdown.

The arriving lads, some in kit, some in ties and shirts, who have either wandered from Hersham train station after catching the rattler from the City, or those changing from trousers to shorts standing behind the boot of their car, have the old sights, sounds and smells back.

A whiff of fresh paint fills the air, studs clack across the car-park, the bubble of chatter from those pulling on boots in the stands grows and the place is alive again, filled with a wash of colourful kit – some with club branding, others no doubt purchased especially for this day – and it feels everything is for the best again.

‘Buildings, pitches that have just been moribund for long periods are active and alive again,’ Inverdale tells Sportsmail. ‘This sounds like some sort of Evangelist – but on a night like tonight, when it’s 20-something degrees, it’s just fantastic.

‘What a great night to be out, active, breathing the air. That’s what we’ve been trying to say the whole time; it will happen. I know we’ve tested your patience to the nth degree, but when it comes back it’ll be great. It’s the utter joy of being able to do it.’

On a day like this in 1986 Inverdale first came to Esher. He looked at joining Rosslyn Park, and was to check out Richmond too – but in meeting a man called Paul Stevens from the West Country, Inverdale found an immediate friend, club and rugby life. 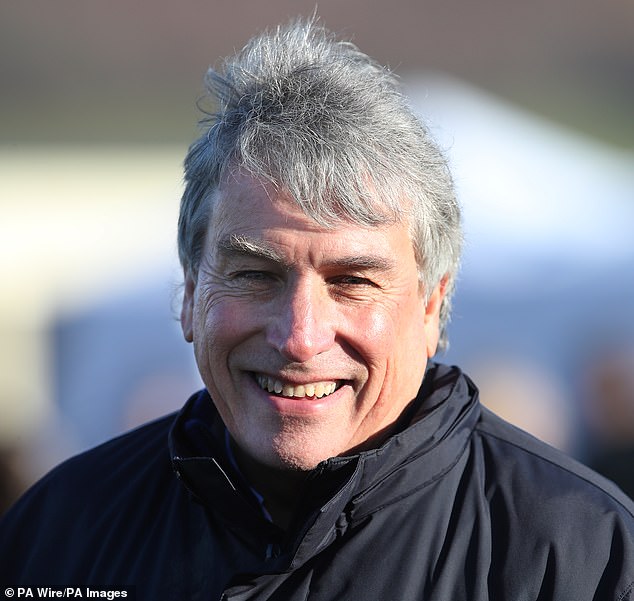 ‘If he hadn’t been the first person I met I probably would have gone somewhere else – life-changing moments,’ recalls the broadcaster who last June became Chairman of the National Clubs’ Association, representing the 48 National League sides, and more recently an RFU Council member.

He has picked a hell of a time to take those jobs, and while admitting he was a ‘cock-eyed optimist’ last year when predicting 2020-2021’s season could be played at this level Inverdale is still confident his clubs are at least organisationally in their best state for years.

‘I genuinely think there’s a feel-good about the semi-pro, amateur, recreational game, because this last year has given people time for the first time to go “how do we run this club?”

‘What if our energy provider was different? Boring things like that which are fundamental. Together with a cash boost from the government (£23m for clubs below the Championship) I’d be as bold as to say most clubs are in a pretty solid state.

‘They’re run by people who are not reckless, and can see the responsibility to the community and individuals. But,’ as Inverdale goes onto admit, ‘you have to temper optimism with realism. How many people will have been lost to the game after the past year? Have they found cycling, golf, or running which is having a renaissance?

‘The floating voter who was occasionally available for the 4th team, are they desperate to get back? Or will they now say “I used to play for X”? If anybody says they know they’re either Mystic Meg or are lying. Clubs from Cornwall to Cumbria would echo that.’ 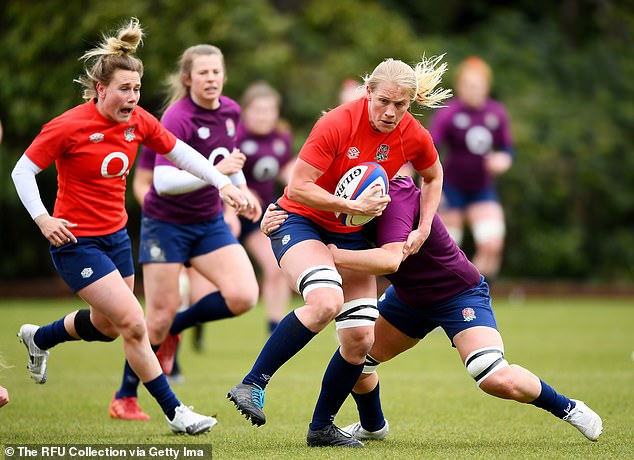 And in an exclusive interview with Sportsmail, he extolled the virtues of rugby at all levels

The dream is to fill clubhouses for the Lions series this summer, with money flying over bars. Esher – whose director of rugby is former England and Lions flanker Peter Winterbottom – have lined up local fixtures against the likes of Chinnor and Barnes, as well as matches against University sides for May to June.

‘We might have rugby all day,’ smiles Winterbottom. Those will be played with adapted laws, no scrums or driven lineouts, before – they pray – a full league season begins in September. Restarting the game will tick Inverdale’s first box.

Then he wants to improve facilities across the clubs – ‘it’s not acceptable to pay £15 and leave drenched’ – and grapple with wider issues like rugby’s place in modern society, and how to get those millions of Six Nations TV viewers to their nearest club from Tyndale to Redruth, Fylde to Canterbury.

Inverdale will be on the RFU Council for eight years, so 71 at that point, one of the reasons he left the BBC Rugby broadcasting chair but also as his employers were worried about a conflict of interest. He is revved up for the next chapter of his life – where he believes real evolution can begin.

‘I had a national newspaper column for 17 years and wrote “this is no good, that’s hopeless, what on earth are they doing there, he should be fired…” nobody bats an eyelid! ‘Now I can shape rather than just screaming “it’s an outrage” and hitting send.’

But for now he is happy to be here. ‘Without sounding too sanctimonious sport is about friendship,’ he concludes. ‘Most of my best mates are people I’ve played with here, grown up and grown old with.

‘It’s the familiarity of the environment, on a Tuesday night, whatever background you’re from, your interests are, this is a point of contact where you share something. It can be enormously rewarding, indescribably frustrating, but ultimately it gives you so much.’