When the Lions last toured South Africa, in the summer of 2009, Ali Price was waking up at 3am to make bread at his local bakery.

He had a school holiday job at the Krusty Loaf in Hunstanton, where he was responsible for preparing the dough.

The prospect of a career in rugby felt like a distant dream. 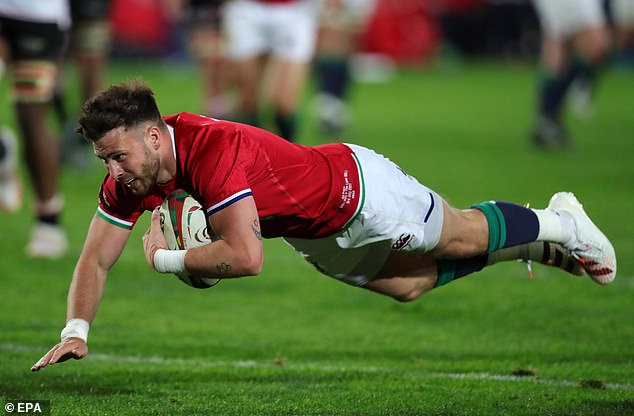 ‘You dream of the Lions but you never think it’s going to become a reality,’ said the scrum-half on Sunday.

‘I think back to when I was 16 or 17…. I was still at school then doing a summer job at the Krusty Loaf. I only lasted about a month in it. It was a 3am wake-up to make sure all the bread was made before the shop opened.

‘I wasn’t great at waking up that early. I didn’t mind doing a focaccia. I was the guy who put in the yeast, eggs, flower and water then kneaded it all together. I’d finish at 11am and that was my working day..’

Times have changed. Now 28, Price is on the verge of selection for Saturday’s Test against the Springboks. He has emerged as the form candidate in the No 9 jersey, challenging the established Conor Murray for the starting berth, following his livewire auditions.

It has been an unorthodox journey to the top. Despite being born in Kings Lynn, Price was overlooked by the English rugby system. Instead, he was picked up by Championship side Bedford, before being thrown a lifeline by now Lions coach Gregor Townsend. 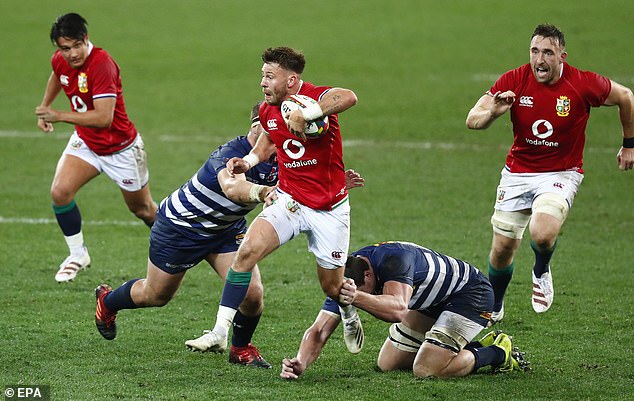 ‘It’s been a pretty crazy ride,’ he said.

‘I’d finished with school and moved to Bedford to give rugby a go and see what came of it. At that stage, the dream was obviously to try and have a career in rugby but probably I didn’t really think I had a career in it. I played in a Bedford’s Under-19 academy game against Cambridge University and a Scottish Exiles scout was watching.

‘And then 19, 20, I started playing for Scotland Under-20s. Gregor was the head coach at Glasgow at the time and he asked me if I wanted to come up to Glasgow as an academy player. 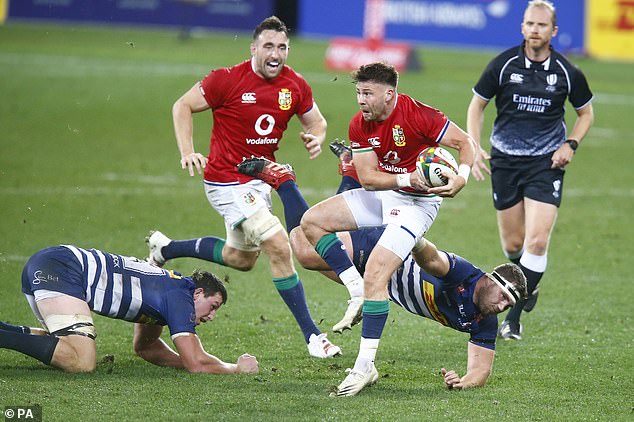 ‘It all kind of snowballed. When the Lions squad got announced back at the start of May, it makes you reflect on everything that’s got you to where you are. Thankfully it’s gone well for me so far.’

Things could soon get even better. If Warren Gatland selects his team on form, rather than reputation, Price will be in pole position to start. Murray is no longer the tour captain and that should also work in Price’s favour.

Gatland began his selection meetings after Saturday night’s victory over the Stormers, but so far he has given little away.

‘We had a brief chat when I came back to the changing rooms, like all the players have,’ said Price.

‘He just said, “well played, a couple of box kicks were probably a bit long”. When you look ahead to the sort of back three that South Africa can put out, it will be important to try and restrict the amount of space and time that they have on the ball.’ And there is little more Price could have done to enhance his reputation.

‘In the four appearances that I have had I feel like I have shown the best of me and tried to play the best that I can,’ he said. ‘That is all I can do now… it is out of my hands in terms of what is going to happen for the Test series.’