Two of the Victorian Amateur Football Association’s most decorated umpires say the Toby Greene case has reinforced the message that umpire respect is paramount.

Greene was given a three-match ban by the AFL tribunal on Tuesday, for intentionally making contact with umpire Matt Stevic. 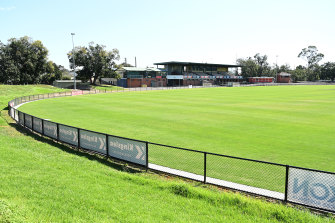 Russell Davidson, who umpired 220 VAFA senior games and a record seven A-grade grand finals, is the VAFA’s field umpire senior squad coach. He said the commentary this week had reinforced the game’s “no touching umpires” policy.

“I’m pleased there was a guilty verdict and there have been some measures taken to protect this from happening in future instances,” said Davidson, who also umpired 106 VFL matches.

“The tribunal had a job to do to protect the integrity of the game and ensure the umpires are sacrosanct, and I think in some small way they’ve done that.”

While Davidson didn’t want to be drawn into discussing Greene’s penalty, he said the media coverage of the incident had supported the argument that umpires in all grades should be protected and feel safe on the field.

“What footy has done in recent years around umpire protection, awareness of the umpire and their role in the game, has been pretty good,” he said.

“What has been comforting for umpiring in general during this case is the amount of commentary around what it might do for local football. The level of commentary is such that the respect is there, and I applaud the many, many commentators who have been referencing this incident in the media.

“For me, the commentary this week has been positive in regards to the respect we uphold for the umpires’ role in the game.”

Brian “Benny” Goodman, who umpired 347 senior VAFA matches including 55 finals and 23 grand finals, believed the three-match ban fit the crime and sent a strong message to all grades of football.

“I think he’s got an appropriate penalty given the circumstances and the time of the year,” Goodman said.

“The penalty is quite severe, given it’s finals. If it was home and away matches, I’d have expected him to get five or six.

“The problem they’ve got is Toby Greene has history; he’s touched umpires before. He might have looked to brush past him and made contact shoulder-to-shoulder. He knows he’s done the wrong thing and I think three weeks is appropriate, to be honest.”

But asked whether he feared similar incidents could have filtered to lower levels of football had Greene been dealt with lightly, Goodman said the contact had to be judged in the context of an AFL final.

“I know they say touching umpires is sacrosanct, but you need to keep it in context and [consider] the level that they’re at,” he said.

“The fact Stevic was standing still, Toby knew exactly that he was there, and I think he got the right penalty given the circumstances.”