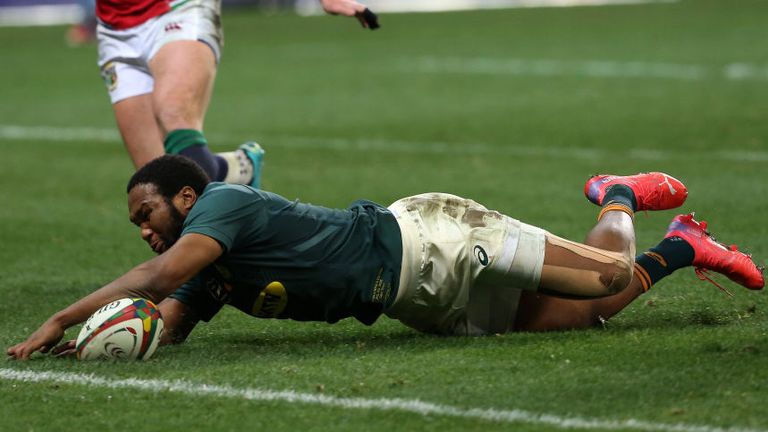 South Africa levelled their three-Test series vs the British and Irish Lions in Cape Town on Saturday courtesy of a 27-9 victory, as Springboks wing Cheslin Kolbe was very fortunate to avoid a red card.

In an extraordinary 64-minute first half, Dan Biggar and Handre Pollard traded penalties to leave things 9-6 to the Lions at half-time, while Lions wing Duhan van der Merwe and South Africa’s Kolbe were both sin-binned – the latter avoiding a red card for taking Conor Murray out in the air.

The second half saw the Boks notch tries through wing Makazole Mapimpi and centre Lukhanyo Am – the second of which followed a lengthy TMO review which seemed to suggest there was a lack of control in the grounding.

A flurry of penalties against the Lions saw South Africa take a firm grip of the closing stages, with Pollard adding three penalties into the final 10 minutes to create an unassailable lead.