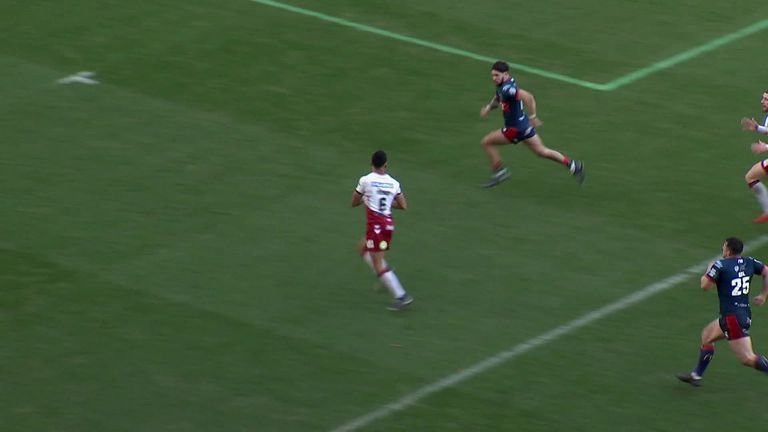 Jackson Hastings ran in two tries to help Wigan Warriors overcome Hull Kingston Rovers and move back to the top of Super League on Sunday.

The hosts were made to work for the win by an injury-hit Rovers side, but managed to get the win which moved them to the summit and condemned the visitors to their fifth-straight defeat.

Already without a host of players through injury, Rovers lost Will Maher, Matty Storton and Joe Keyes during the contest at the DW Stadium, yet still managed to make a game of it as they became the first team to score three tries against Wigan this season. 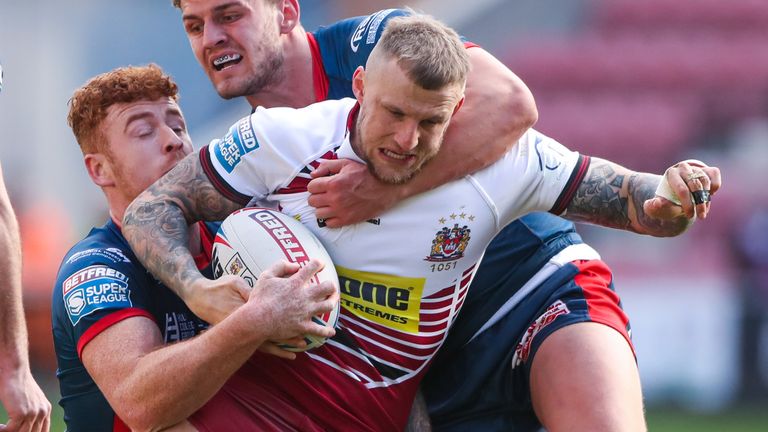 The Warriors, who gave a first appearance of the season to Welsh prop Ben Flower, were far from at their best against spirited opponents but always looked dangerous through Hastings and exciting full-back Bevan French and they finished the game strongly to claim the spoils.

Rovers, who were able to welcome back George Lawler, Jordan Abdull, Robbie Mulhern and Harvey Livett from injury and suspension, drew first blood, against the run of play, when Ryan Brierley intercepted French’s pass meant for winger Dom Manfredi and raced upfield to get winger Ethan Ryan over for a try on his Super League debut.

Brierley’s conversion made it 6-0 but, undeterred, Wigan hit back with two tries in five minutes.

Hastings produced a solo effort to claim his first before the Warriors made the most of a knock-on inside his own 20-metre area by Livett by working in-form second rower Liam Farrell for a try. 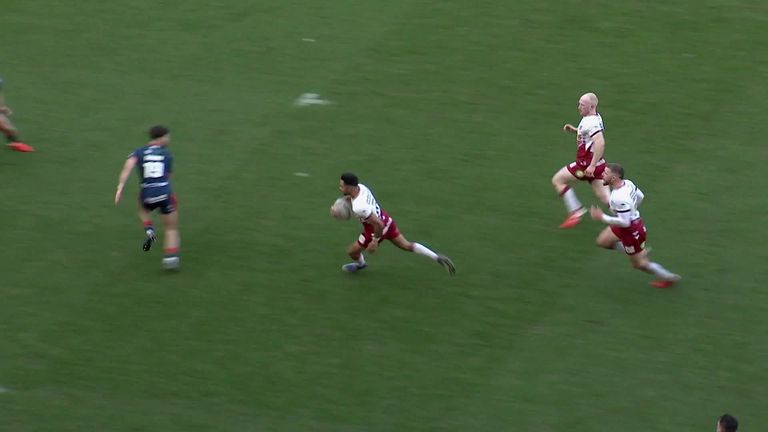 Zak Hardaker converted both but the scores were level again after 33 minutes when Wigan winger Liam Marshall, hat-trick hero a week earlier, fumbled Keyes’ high kick to gift his opposite number Greg Minikin with a try, which was converted from the touchline by Brierley.

That was the signal for French to show his class as he dummied his way out of his own half and accelerated into space before sending Hastings over for his second try.

Hardaker’s third conversion made it 18-12 and French and Manfredi both had tries disallowed by referee Tom Grant as Wigan finished the first half well on top without being able to make it tell on the scoreboard.

The home side looked set to go in again after breaking upfield through Manfredi but, when their passing broke down, Brierley picked up the loose ball and hared 70 metres for a breakaway try. Brierley was off target with the conversion attempt this time but Rovers thought they had scored again in the 50th minute when Minikin went in at the corner after collecting Brierley’s cut-out pass but it was ruled forward.