Concussion campaigner Peter Jess is set to follow an NFL model and launch a registry that will document all serious head knocks of AFL-listed players, and eventually also post concussions sustained at community football level.

Based on a US model from the PBS Frontline television program, which tracks NFL head knocks, Jess, the veteran player agent who is still leading a potential class action against the AFL, is set to launch concussionwatch.com.au on Thursday. 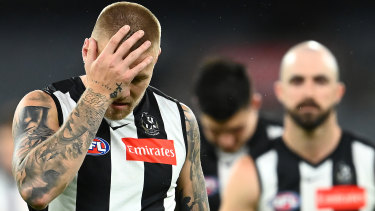 Jess wants the website, run in conjunction with not-for-profit charity Nurosafe and his own charity Sports Health Check, to keep “a running tally and vigilant and transparent eye” on the number of concussions of AFL and soon AFLW-listed players, for a full listing of injured players is not always maintained on club websites.

Jess said there had been 32 instances of concussion through the pre-season and season proper, including Richmond’s Dylan Grimes, the latest incidence. Two players have twice been concussed. This has been backed by club injury lists and media reporting. But he claims there were four players who “almost certainly” had been concussed in the season proper but other injuries from the incidents, such as a fractured eye socket, were used on official injury lists. There were nine listed concussions on club websites heading into round seven.

That there are more than 30 concussions recorded less than a third of the way into the season proper means Jess and his researchers fear the century mark could be touched for the first time. The highest number recorded in the past decade was 75 in 2011, with 74 in 2018 and 65 in 2019. Figures for last season have not been released.

“We are heading towards 100 this year, which is extraordinary considering we are supposedly making the game safer but that is not being shown up,” Jess said.

“I am heartened by the fact that more concussions are being diagnosed, which means the proper treatment and rehabilitation should follow. We are starting to see the true extent of concussions. Historically, I have felt we have under-reported. One of my greatest fears is that we are still not diagnosing and therefore treating sub-clinical concussions, which we don’t have statistics for.”

The AFL continues to take a cautious approach to the treatment of players, introducing a 12-day mandated minimum break, while umpires are red-hot on free kicks for head knocks. Players have also been reminded of their duty of care to each other, particularly in the wake of Patrick Dangerfield’s bump on Adelaide’s Jake Kelly.

Jess continues to battle the AFL for tougher protocols and insists a 30-day break after concussions is needed. The AFL this year introduced a mandatory rest period of 12 days, up from six, after St Kilda great Danny Frawley and former Richmond midfielder Shane Tuck were posthumously diagnosed with chronic traumatic encephalopathy (CTE) – a degenerative brain disease linked to head knocks.

AFL chief Gillon McLachlan said last week the league continued to take the advice of the best medical experts and was open to a minimum 30-day concussion break for players, should that be advised.

Jess said the new website would list players by club and position and would help in research and player development. He wants better record-keeping of players who have taken a hard hit during play but passed the immediate match-day assessment test and returned to the field. These listings can then be used to identify whether the player complained of delayed concussion or other symptoms later in the week.

Jess is also seeking three detailed reports from WorkSafe published in June, July and October 2020 into whether the AFL had failed in its handling of player head knocks. He went to the workplace investigator in November, 2019, seeking to have the 2020 season put on hold until a final examination of the practices at clubs and league headquarters were examined.

He has written to the Office of the Victorian Information Commissioner, seeking the reports through freedom of information.

“These matters are of great community interest to prevent and mitigate concussion at every level of AFL played in the state, given it creates an industrial disease, CTE,” Jess wrote.

Jess, who successfully sought a head trauma insurance pay out for former AFL player Shaun Smith, continues to build towards a possible class action against the AFL but costs are an issue.

Keep up to date with the best AFL coverage in the country. Sign up here to our Real Footy newsletter delivered to your inbox on Mondays and Fridays.