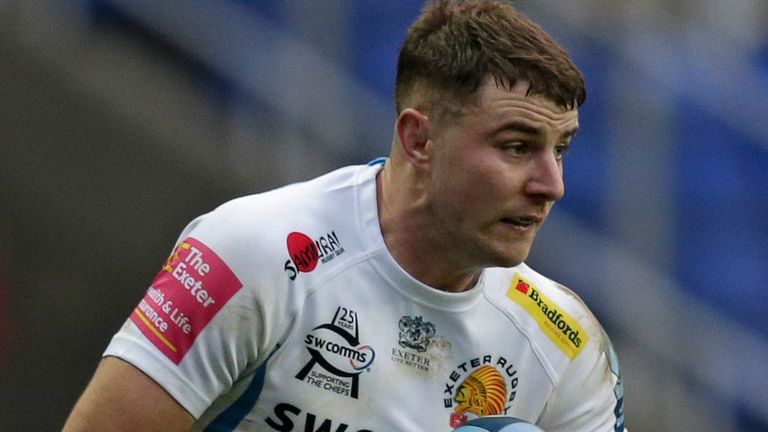 England centre Ollie Devoto will miss four Exeter matches, including their Champions Cup quarter-final against Northampton, after being handed a four-week ban for a dangerous high tackle.

The 26-year-old has been punished for his hit on Marcus Smith late in the second half of Exeter’s Premiership defeat to Harlequins on Saturday.

Devoto was only given a yellow card by the referee, but was cited after the game and has now been banned by an independent disciplinary panel.

He did not plead guilty at his hearing, but panel chairman Philip Evans said they had no choice but to ban Devoto until April 6.

“There was a high degree of danger to the Harlequins player as a consequence of the incident,” Evans said. “There were insufficient mitigating factors to reduce the red card to yellow.

“He contested the charge, but other mitigation reduced the sanction from six weeks to four.”

As well as the game against Northampton on April 4, Devoto will also be unavailable for Exeter’s Premiership fixtures against Bath, Leicester and Sale.