The 25-year-old suffered the injury at Whitten Oval during training on Saturday, with the club confirming he would need another knee reconstruction following scans. 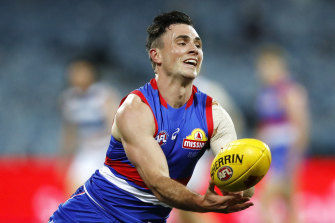 McLean had come straight back into the senior side in round 14 against Geelong and he put the Bulldogs in front with a goal in the dying minutes of the after-the-siren loss to the Cats. He played three games but was left out of the team against Sydney in round 17.

McLean has played 94 games and was a key part of the club’s drought breaking 2016 flag.