Alex Rance has not ruled out a return to football following his unexpected retirement late last year.

The 2017 premiership player and five-time All Australian told RRR radio on Monday morning that he was happy with the balance he has found in his life since leaving Richmond, but is keeping an open mind on his future.

"I love the game and I love what I have contributed and I am not going to completely rule out the fact that I could come back," Rance said.

"But at this stage I am really happy with the life balance that I have and I don't regret any of my time spent at Richmond because it made me who I am and I am proud of the effort that I put in there to achieve what we did. 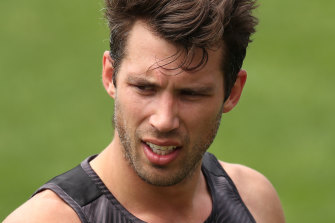 Rance has just released his third children's book, called Monkey's Tail. He said he was an "arty" kid at school and that he has always written journals, some of which he shared with his friends and family. His authoring of three children's books was an extension of that, he said.

"The thing that I want to come through out of this book is constantly be introspective … I feel like I do have a lot more clarity now. I have got a lot more time.

"Football, to be great at it, it is very selfish and … it needs to take over your life."