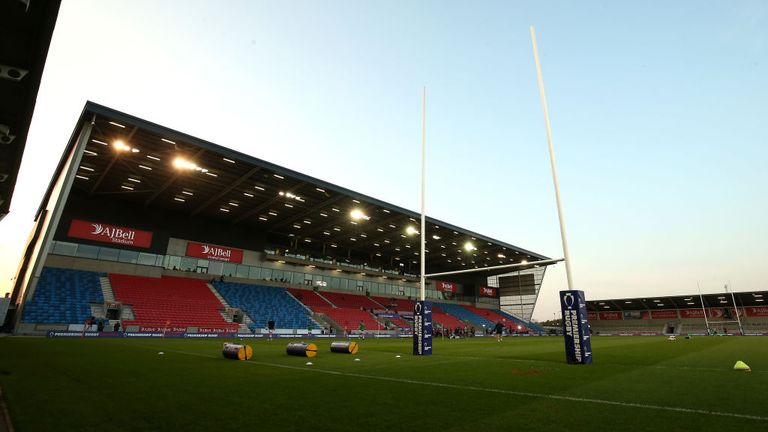 Sale have denied suggestions the coronavirus outbreak at the Premiership club came as a consequence of their players flouting social-distancing rules.

The Sharks say they carried out an internal investigation following the allegations and are satisfied that the outbreak – which saw 16 players and three members of staff test positive – is more likely to be a result of an initial ‘false-negative’.

Sale’s final game of the regular season against Worcester has been postponed until Wednesday and the club – who will miss out on a play-off place if they lose – say they will not hesitate to forfeit the fixture if safety cannot be guaranteed.

A statement from Sale on Monday evening read: “Following an internal investigation, Sale Sharks refute all recent allegations made in the national press and by other leading figures from Premiership Rugby clubs, regarding Sale Sharks’ players being in central Manchester or on university campuses following the Premiership Rugby Cup final on Monday, September 21.

“Sale Sharks is unable at this moment to confirm the cause of the Covid-19 outbreak at the club. We suspect that the cause of the outbreak is related to a ‘false-negative’ test result received in respect of one of our players.

“If the club feel it is not safe to play and/or receive one additional positive test, Sale Sharks will forfeit their Gallagher Premiership round 22 match with Worcester Warriors in order to ensure the health and safety of all concerned.” 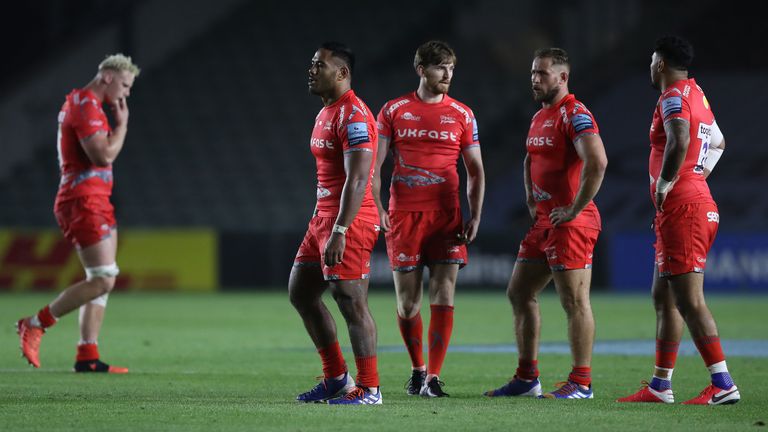 Worcester boss Alan Solomons says a decision must be made “in the best interests of players, staff and families” about whether the game goes ahead.

The Rugby Football Union, Premiership Rugby and Public Health England are all involved in that process, and Sale must undergo additional testing overseen by PHE and an independent audit of their track and trace processes before the match can be staged.

Solomons said: “That decision is taken purely in what is in the best interests of players, staff and families.

“This is a major decision. It is certainly a red flag to have 19 people test positive.”

Sale need a bonus-point victory over Worcester to book a Premiership play-off appointment with Wasps next weekend.

If they win without a bonus, it will be Exeter away, and should they lose, then Sale are out and Bath progress.

Warriors rugby director Solomons added: “The north of England is an area where the virus is on the increase.

“There are the circumstances there with a definitive cluster of 19 people, second wave, and they need to take a decision.

“It is their decision, and they bear the consequences of those decisions.”

Solomons continued: “We just need to get some clarity and certainty. Premiership Rugby need to make a decision, working in conjunction with the RFU and Public Health England.

“We are preparing (for the Sale game) and have done everything correctly.

“If the game is played, we will be well up for the fixture. Nobody need be concerned.

“The one thing we would never do, and I don’t believe any team in the Premiership would, is coast at this level. Every team put out gives everything.”