Sam Underhill calls on England to ‘adapt quicker’ at the breakdown in second Test against Australia, with flanker set to come in for fellow ‘Kamikaze Kid’ Tom Curry

England hit-man Sam Underhill is primed to unlock the tourists’ misfiring attack by targeting Michael Hooper and the rest of Australia’s breakdown bandits on Saturday in Brisbane.

When Eddie Jones’s side lost the series opener in Perth, a major cause of their demise was trouble at the ruck, as Hooper and his team-mates slowed English possession and repeatedly won turnovers.

The visitors know that if they do not shift the balance of breakdown power in the second Test, they will lose again. 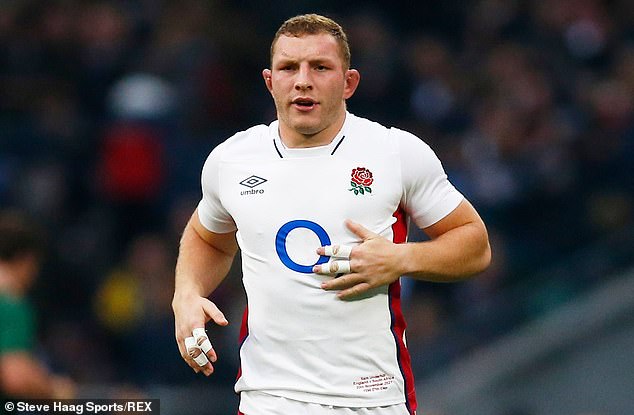 While it will require a monumental collective effort, there will be an onus on Underhill to set the tone, as he is the man charged with replacing Tom Curry — who flew home after another concussion setback.

The Bath openside is well aware of how crucial it will be to ensure the creative alliance of Marcus Smith and Owen Farrell are supplied with quick ball, to unleash the outside backs and pose a greater threat than they did last weekend.

‘I don’t think we adapted to the interpretation at the breakdown,’ said the 25-year-old, when asked to reflect on the 30-28 defeat on Saturday. ‘The ref obviously allowed a decent contest and we didn’t adapt quickly enough. There were some pretty big moments on the back of that. 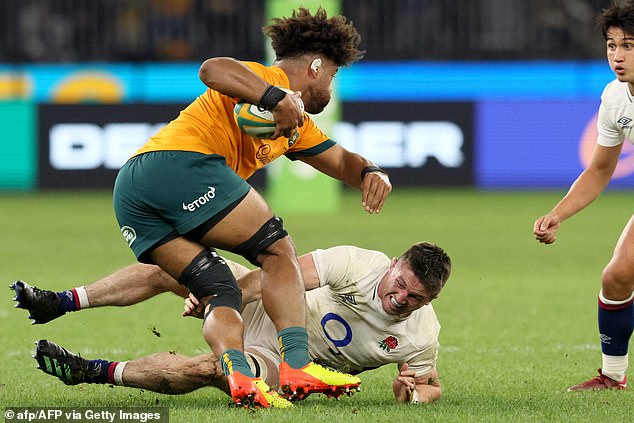 ‘You can’t have an attack without a functioning attacking breakdown and you can’t defend indefinitely. So the breakdown is a pretty good area to target if you want to stifle an attack. It is always a massive area of contention. If you get the breakdown right, everything else becomes easier.’

Underhill added: ‘It is a team approach, where you have the ball, maybe where you don’t want the ball and what you do with it all has an effect on the breakdown.

‘It is not just a case of targeting one individual or a back-row battle. It is a whole team approach and there is an element of the style we want to play to.’

Underhill’s recall for this match follows another head injury sustained by Curry and he admitted to being ‘gutted’ for his fellow ‘Kamikaze Kid’ — the nickname Jones bestowed on his back-row pair who wrought havoc at the last World Cup in Japan.