Melbourne Storm prop Tui Kamikamica has been stood down after being charged by Queensland police over an alleged incident involving a woman outside a Brisbane hotel.

The Storm said it found out about the matter on Thursday afternoon and referred it to the NRL integrity unit. They did not specify what the charges against Kamikamica were. 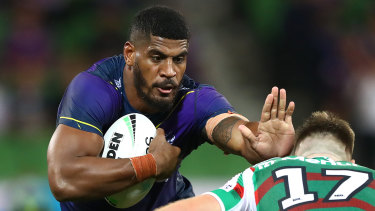 However, the club said via a statement that due to the seriousness of the allegations it had to stand down the forward.

Kamikamica has yet to inform the Storm in he intends to fight the charges and the statement said he was still out of Victoria, although the club intends to meet with him in person next week.

“Storm believes firmly that there is no place in the game or society for violence against women at any time, in any circumstance,” the club statement said.

The Storm said it would not comment further until it found out more about the incident.