Marcus Smith’s mentor and former All Black fly-half Nick Evans believes that his heroics against New Zealand showed what the No 10 prodigy can do when he is the ‘boss’ and free to play his natural game.

The 23-year-old’s creative class was instrumental in the hosts’ three late tries and his club coach relished the sight of Smith showing his true colours at Test level. 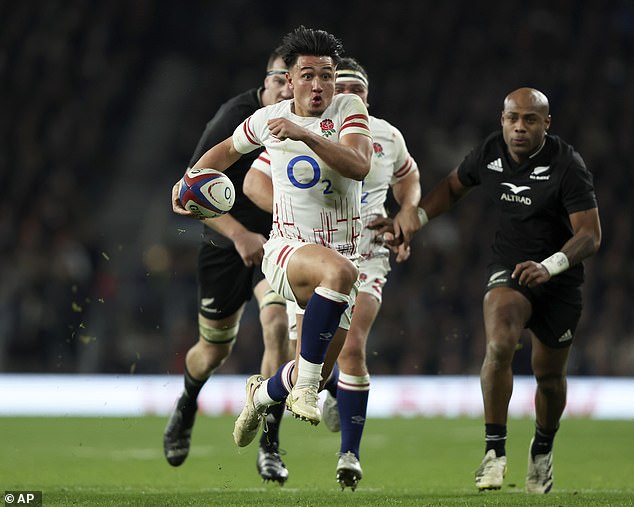 ‘As soon as he did the hitch-kick and accelerated through that gap, I thought, “I’ve seen that many times before”,’ said Evans.

‘The All Blacks gave him more time and space but what should please England fans is that the team reacted off the back of that, so it wasn’t just Marcus by himself — other people were playing flatter and the point of attack was being moved quickly.

‘It showed what they can do and it’s just about how they can get that into their game more because that will get the best out of Marcus. He got on to the ball and that’s him playing what he sees, which is important. When it opens up a bit and becomes unstructured, someone like Marcus will thrive. It looked like he was bossing it and he was.

‘What impressed me the most was that he kept his head, because the first 60-odd minutes weren’t easy for him. He was under pressure from New Zealand’s line speed and things weren’t quite going so well, but he had the ability to recognise what was needed, get himself on to the ball and get his team into the right positions to score points. 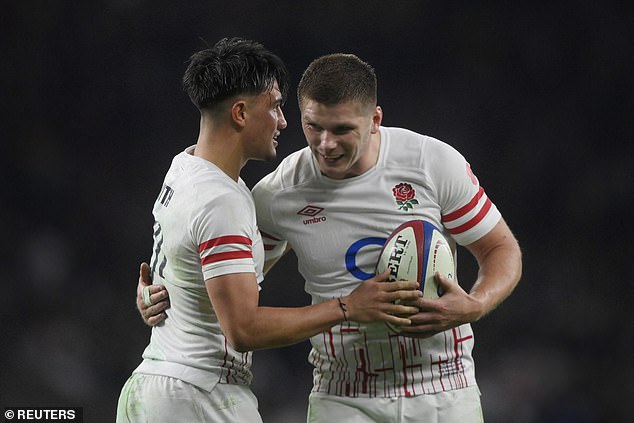 ‘That last 10 or 15 minutes is something he can put in his back pocket and think, “I’ve been in that situation and I can rely on that experience, so when it comes to a World Cup quarter-final or semi-final, I know what that picture looks like. I know how it felt and I know what happens”.’

Eddie Jones is hell-bent on pressing ahead with the 10-12 alliance of Smith and captain Owen Farrell, but Evans suggested it can take time for a dual playmaker strategy to bed in.

‘That’s probably the big thing people are asking: who is actually running the show when you’ve got two 10s out there?’ he added.

‘I was with Andy Goode and Toby Flood at the weekend and all us ex-10s know how hard it can be with another 10 in there, at 12 or 15. Owen has a better kicking game so he will dominate those kicking periods, then when it comes to the phase play, Marcus gets in and starts calling it. The more they play together, the more clear those roles will become and you’ll see more from those players.’

Meanwhile, Harlequins confirmed that England lock and former Wasps captain Joe Launchbury will join them for next season, after a stint with Toyota Verblitz in Japan.