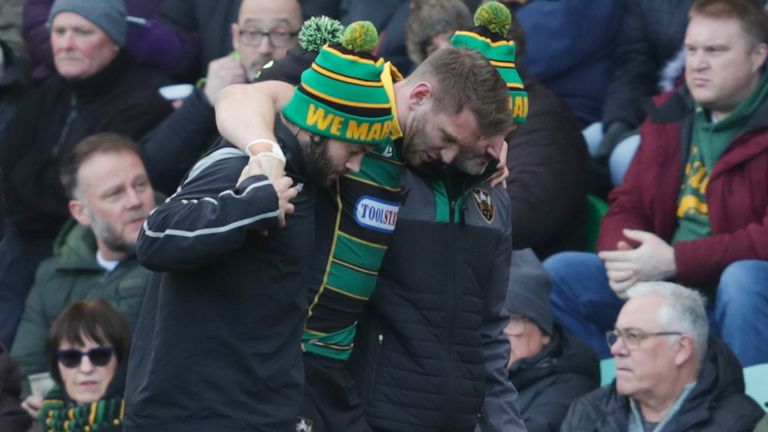 Wales fly-half Dan Biggar is an early doubt for their Six Nations clash with England after he was injured playing for Northampton on Saturday.

Biggar had to be helped from the field after 20 minutes of their Premiership clash against Saracens with a serious-looking knee injury.

Northampton boss Chris Boyd played down Biggar’s injury scare but did urge patience as the extent of the damage is examined.

The Saints’ director of rugby explained: “I don’t think it is [a bad injury]. He’s hyper-extended his leg in a collision and he seems to be moving relatively OK.

“I don’t think he’s got any major structural damage from what I’m led to believe, so it’s one of those ones where we’ll wait and see.”

The news will come as a huge blow to new Wales head coach Wayne Pivac, who has already lost prolific try-scorer Josh Adams after he suffered an ankle injury in their loss to France. 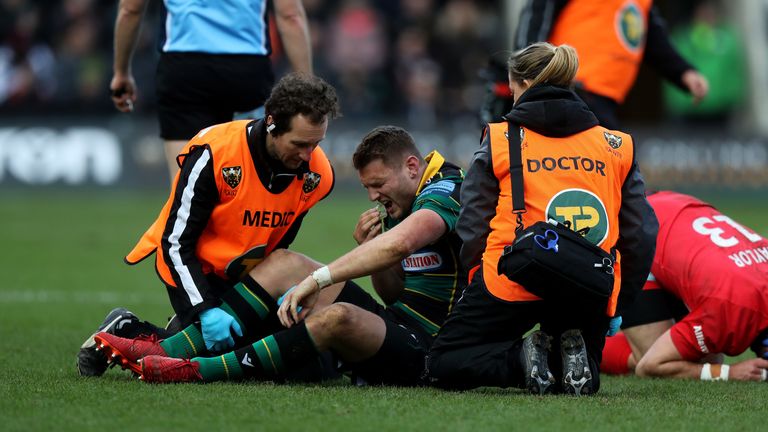 With Gareth Anscombe and Rhys Patchell still coming back from injury, Jarrod Evans is the only fit No 10 currently in the Wales squad.