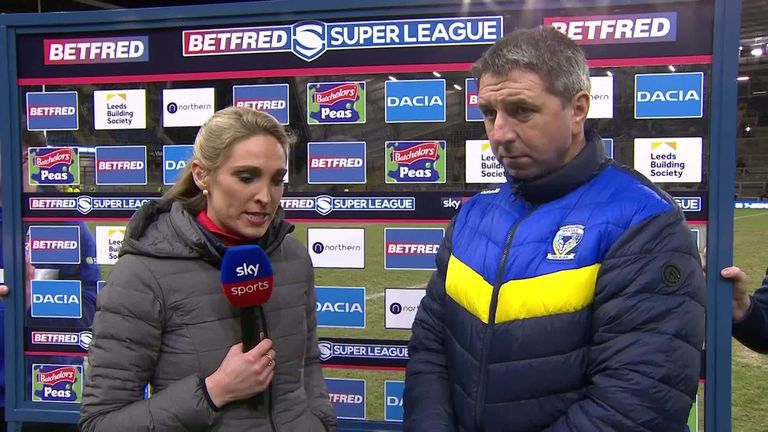 Warrington coach Steve Price is confident he can turn around his club’s fortunes after they hit a low with a 36-0 defeat at Leeds.

Price watched his side lift the Challenge Cup at Wembley in August but they have not been victorious away from home in Super League since July and not won back-to-back matches since last May.

“I wasn’t pretty was it? “he said. “It’s a performance we’re certainly not happy with. We got beat in every department, in the basics of rugby league.

“We started not too bad, when we got held up over the line, but they were far superior with their pressure and the ruck speed was way too fast.

“One thing I do know is we’ve got a good football team in there – three weeks ago we dished up a great performance against St Helens – and I’m confident we can turn it around.

“We’ve fallen in love with ourselves a little but we’ve got a group of men who really care about each other.

“We’re not sugar-coating the performance, it’s not good enough. We have a duty to our fans and our town to have a hard look at ourselves.”

Leeds ran in six tries without reply to secure a third successive win that lifts them up to second place in the table.

?How to celebrate the win! Have you got better moves than @konmanhurrell ?

Warrington, who handed a debut to 21-year-old centre Keenan Brand, were already trailing 20-0 when second rower Ben Murdoch-Masila was sin-binned for an ugly high tackle and the home side ran in three tries while their opponents were down to 12 men.

Former Warrington duo Brad Dwyer and Richie Myler were among the tryscorers for Leeds and second rower Rhyse Martin kicked six goals from eight attempts on his return from injury.

“I thought we played well,” said Rhinos coach Richard Agar. “Right from the word go we showed terrific intent with the football but to keep a team with so many star players try-less is a wonderful effort. 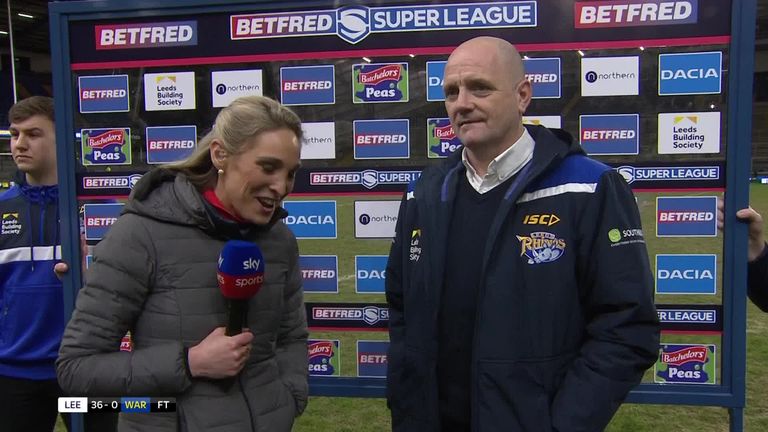 “We think our defence has been a little bit off but I thought we handled them really well.”

The only disappointment for Leeds, who opted not to play new signing Joe Greenwood, was the loss of exciting full-back Jack Walker with a foot injury inside the first quarter, although Myler proved to be an excellent stand-in.

“Jack’s got a boot on as a precaution at this stage,” Agar said. “We’ll get him scanned on Monday but his replacement did a really good job.

“We trained him in the off season in a number of positions, half-back, hooker and full-back, and when Jack went down early, we had confidence in Richie. 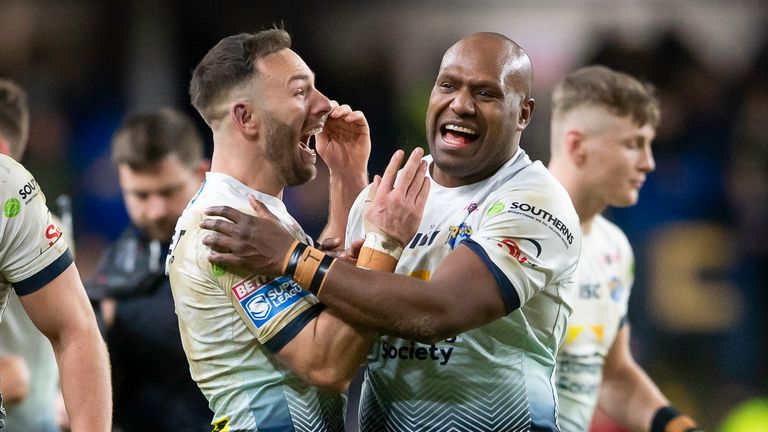 “He had a shaky start but after that he looked pretty immaculate. The way he chimed into line, he looked like he’d played there all his life.”

Agar was also delighted with the performance of blockbusting centre Konrad Hurrell.