As the row rolls on between New Zealand Rugby and its players over a proposed investment by private equity giants Silver Lake, Rugby Australia is taking a sharply different approach.

Rugby Union Players’ Association president Justin Harrison will be on the evaluation committee that eventually puts a recommendation to the Rugby Australia board, the Herald understands.

From day one, Australian players will be inside the tent, getting a close look at the data, the upsides and the risks. Their New Zealand counterparts have complained that they were brought into the fold late in the Silver Lake process, a strategic error given their power of veto. 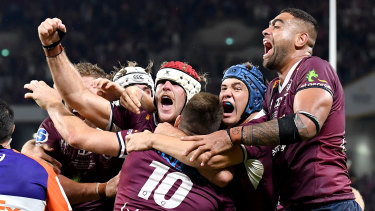 The thrilling Super Rugby AU final has only added to the belief that the game is on the comeback trail in Australia.Credit:Getty

Rugby Australia is determined that will not happen as they start seriously kicking the tyres of private equity towards the end of next week. Super Rugby clubs will also be involved from the start of the process, with investment bank Jefferies providing external advice.

Yet, while that approach will be different to how New Zealand has handled it, Rugby Australia has a favourable view of the deal the Kiwis have put together, particularly with how it is constructed.

In the northern hemisphere, private equity giant CVC has bought a stake in competitions such as Pro14 and the English Premiership, and hiving off a chunk of Super Rugby AU remains an option for Rugby Australia.

Yet, there is also admiration for the NZ Rugby-Silver Lake model, in which a separate limited partnership is created to house commercial assets, such as broadcast revenue. In that instance, Rugby Australia would retain overall control of the game in exchange for private equity capital and capability.

Notable differences still persist between the trans-Tasman partners. A deal for Super Rugby Trans-Tasman remains unsigned beyond 2021, a state of affairs that may be causing more consternation in New Zealand than Australia. The sands have shifted somewhat since last year, when NZ Rugby asked Australia to submit applications to be part of its new competition. 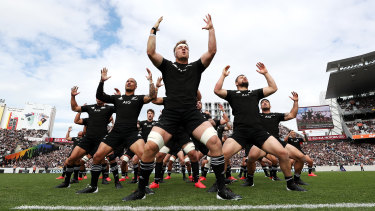 New Zealand’s players are not as supportive of private equity as the country’s administrators.Credit:Getty

The allure of a domestic-only competition in Australia – only recently regarded as something of a pipedream – has strengthened on the back of a successful Super Rugby AU. Moreover, Rugby Australia sees room for improvement in the broadcast and crowd figures in Super Rugby AU, with this year’s numbers regarded only as a base that can and will be grown.

Whether that translates into Super Rugby AU being staged again in 2022 in its current 12-week format remains to be seen, but the fact that Rugby Australia has not yet committed to Super Rugby Trans-Tasman for the long term will give comfort to Australian fans who, anecdotally at least, have fallen in love with the domestic competition.

Indeed, the Super Rugby Trans-Tasman competition that starts with a match between the Reds and Highlanders in Dunedin on Friday is a double-edged sword for Australian fans.

There is great curiosity and hope that Australian teams will be competitive, but also fears that a lopsided competition will result in a wave of negativity after the buzz created by Super Rugby AU.

Perversely, NZ Rugby may hope that Australian teams perform better than expected in Super Rugby Trans-Tasman, given that another two-round version of Super Rugby Aotearoa may be a hard sell to their players. The attrition rate in New Zealand this year has been high, with several All Blacks suffering long-term injuries.

The competition will also be streamed on RugbyPass in the UK and Ireland, although the Herald understands the financial benefit will not be significant for Rugby Australia. Instead, it will be viewed as a way to gauge the feasibility of the concept given it is unlikely that a hefty pay TV deal will be secured, as happened in the previous rights cycle.

So, much remains in flux for the Australian game. Yet, while overseas broadcast deals, competition structure and future investment remain pieces in the puzzle, there is a view the completed picture is becoming clearer.

New partner Cadbury also is said to be aware of the marketability of some of Australia’s rising stars.

The players will get their chocolates and they will also be deeply involved in the deliberations that may lead to Rugby Australia opening its doors to private equity.