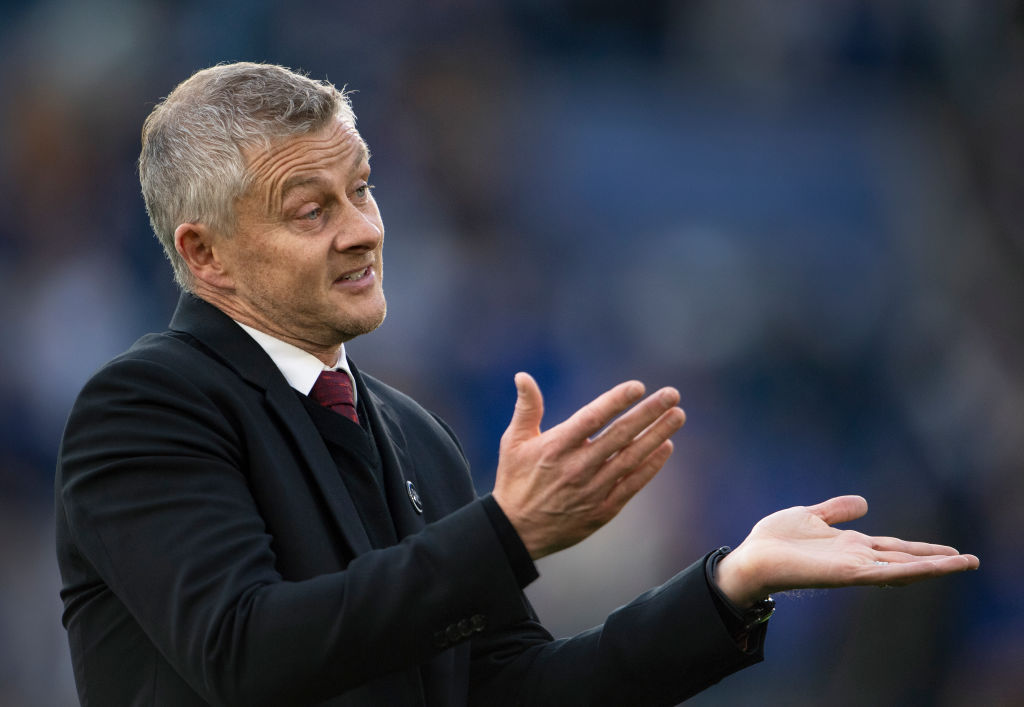 Former England and Newcastle star Alan Shearer believes Manchester United made a mistake failing to sign a central midfielder in the summer.

United splashed out in excess of £125million on transfer fees across a busy transfer window, with Jadon Sancho, Raphael Varane and Cristiano Ronaldo arriving through the doors at Old Trafford.

The likes of Declan Rice, Yves Bissouma and Eduardo Camavinga were all mooted as potential additions, but the Red Devils will have to wait until January if they are to strengthen in this position after a rocky start to the season.

Paul Pogba and Nemanja Matic were outplayed and overrun as Leicester beat United 4-2 in a thriller at the King Power Stadium on Saturday and Shearer felt the match exposed the visitors’ major weakness in the middle of the park.

‘That was Manchester United’s problem last season, they didn’t invest in that position and it’s the same again,’ the iconic ex-England striker said on Match of the Day.

‘There’s no one in there to really press and take control from the front. You can’t do that in the Premier League.

They will always score, Man United, because of the brilliance they have going forward. But you cannot press if you haven’t got that aggression.’

Ole Gunnar Solskjaer finds himself under mounting pressure after four defeats in eight games and, according to Shearer, there was a worrying lack of thought or togetherness in United’s performance at Leicester.

‘If you don’t know what to do, then you’ve got to sit back and be compact as a team,’ he added.

‘When they did go, it was half-hearted and not as a team.’

Fred was unavailable for the trip to Leicester after featuring for Brazil just one day earlier and Solskjaer felt United missed the midfielder’s presence.

‘I have got many good players. Fred, Edinson Cavani, you miss them,’ the United head coach said.

‘I am not making excuses for the team I put out there, they are top footballers and we have not produced.’