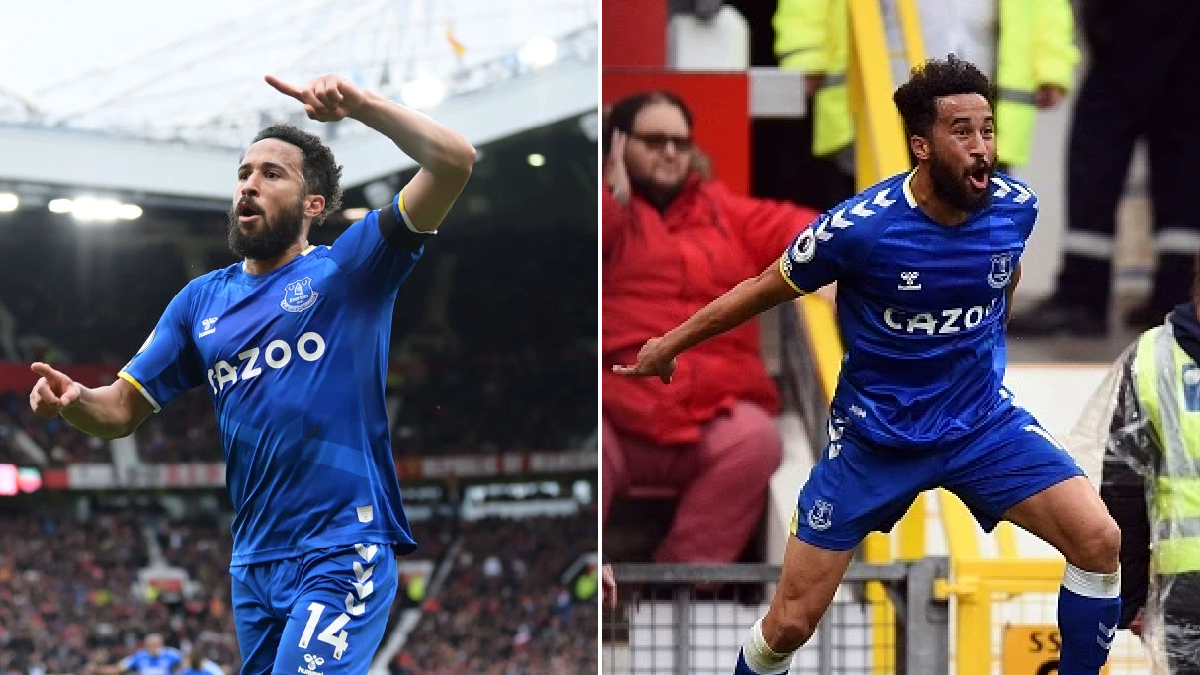 Ole Gunnar Solskjaer surprised everyone inside Old Trafford ahead of kick-off by resting the 36-year-old following his dramatic late matchwinning heroics in midweek against Villarreal.

The Norwegian’s gamble appeared likely to pay-off when Anthony Martial, who effectively replaced Ronaldo in the starting XI, fired his side ahead three minutes before the interval, rifling the ball beyond Jordan Pickford after smart approaching play involving Mason Greenwood and Bruno Fernandes.

The former Tottenham winger responded by running towards the corning flag, leaping and pirouetting in the air in front of the away support where he was eventually joined by his teammates.

It nearly got worse for United with five minutes remaining, when Tom Davie’s refused the invitation to shoot and instead teed up Yerry Mina who thought he had won the game, only for VAR to confirm that the Colombia international was standing in an offside position.