Arsenal 1-0 Norwich City: Gunners finally up and running as Pierre-Emerick Aubameyang strike gives them first win of the season to ease pressure on under fire boss Mikel Arteta

More satisfactory than convincing but finally Arsenal are off the mark. This wasn’t a vintage – far from it.

But that won’t matter much to Mikel Arteta after what has been a turgid start to the new season.

Pierre-Emerick Aubameyang was the hero, finishing one the easiest goals of his career to score Arsenal’s first Premier League goal of the season and secure their first points. 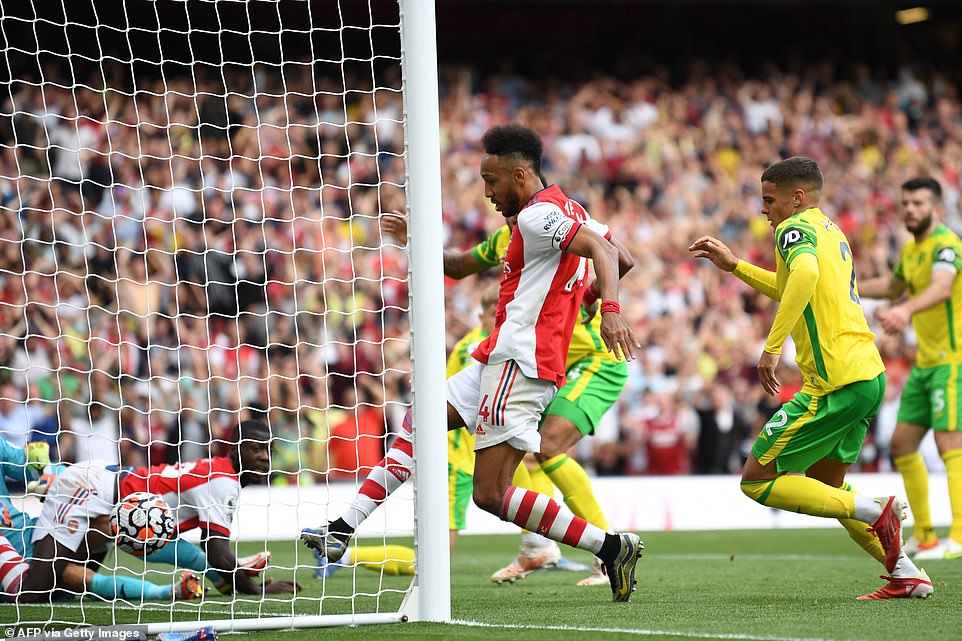 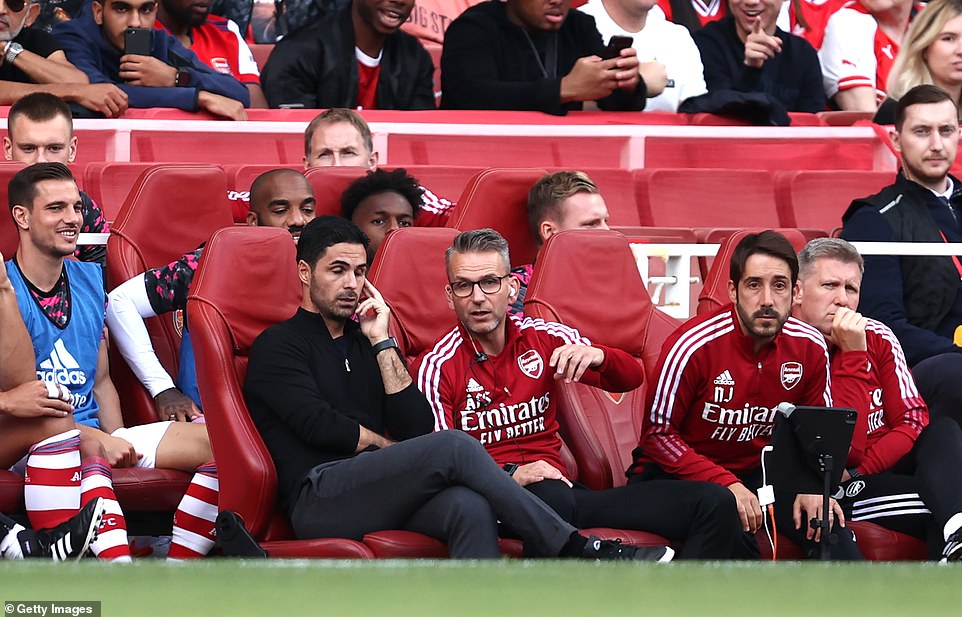 Everyone with Arsenal connections can finally breathe a huge sigh of relief.

Bigger tests are ahead, of course. Norwich more than held their own, but they appeared destined for another relegation scrap – Daniel Farke’s team the only top-flight side without a point after four games.

A trip to Burnley next Saturday will provide a sterner test for the Gunners before the north London derby on September 26.

Two more wins and, perhaps, we can say Arsenal have turned corner. But at least this was a start, albeit a rather anxious one by the end.

It was difficult to decide who came through the first half unscathed. Arsenal, as you’d expect, started positively. 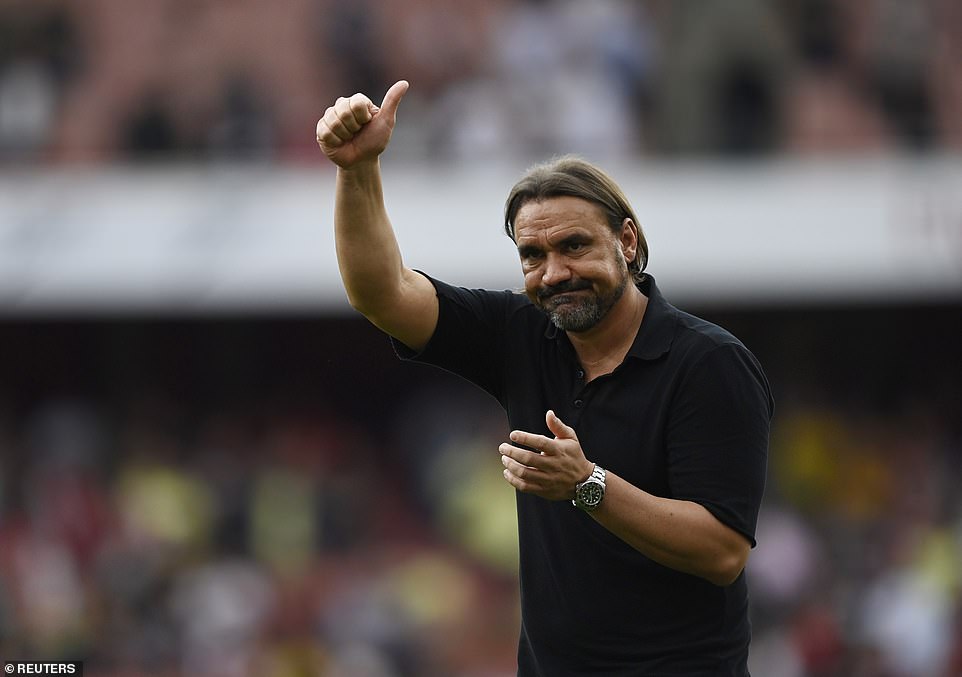 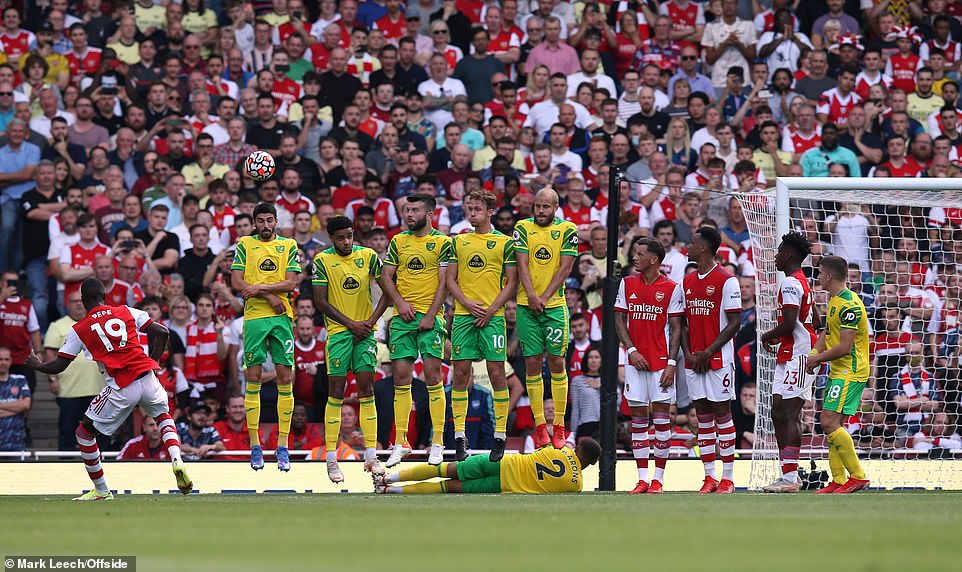 Nicolas Pepe was keeping Brandon Williams occupied down the Norwich left in a head-to-head that would prove one of the most notable battles of the afternoon.

But it wasn’t like Norwich were being overrun or overawed. Perhaps that’s more one an indictment on Arsenal than it is praise of Norwich.

That’s life for the Gunners at the moment. That aura, especially here at the Emirates, has dissipated – teams, even ones as unfancied as the Canaries, aren’t daunted anymore.

Aubameyang failed to execute the finish when Tim Krul was caught in no and land in the 11th minute before squandering an even better opportunity after he was found beautifully by Martin Odegaard.

In all honesty, that was as good as it got for Arsenal during the opening 45 minutes.

Norwich, without testing Aaron Ramsdale on his Premier League debut for Arsenal, weren’t without their chances. 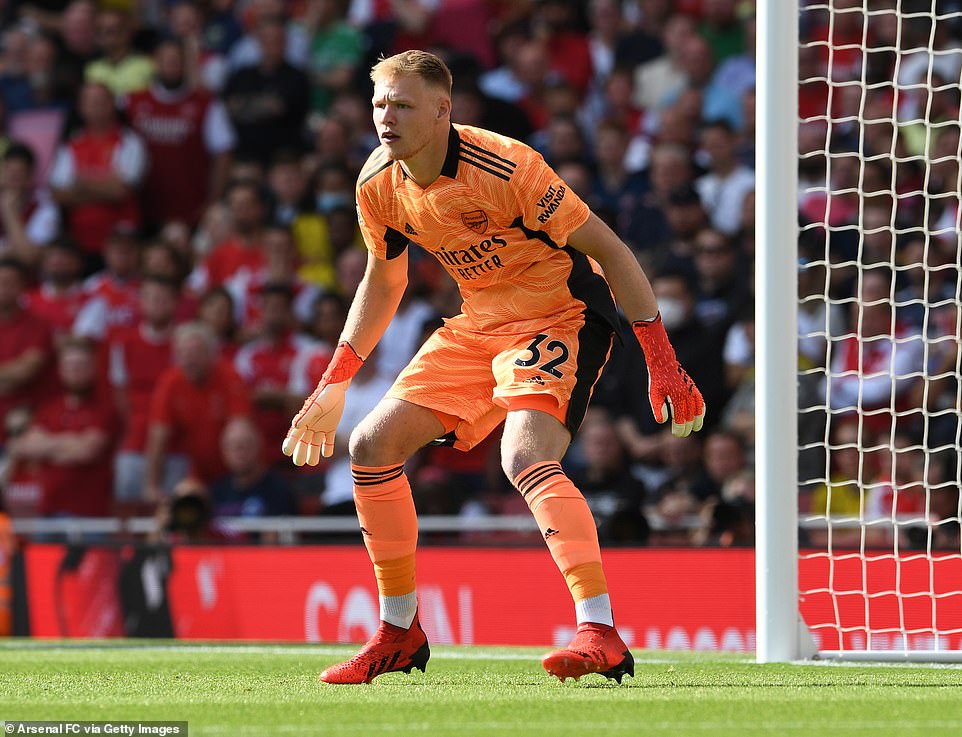 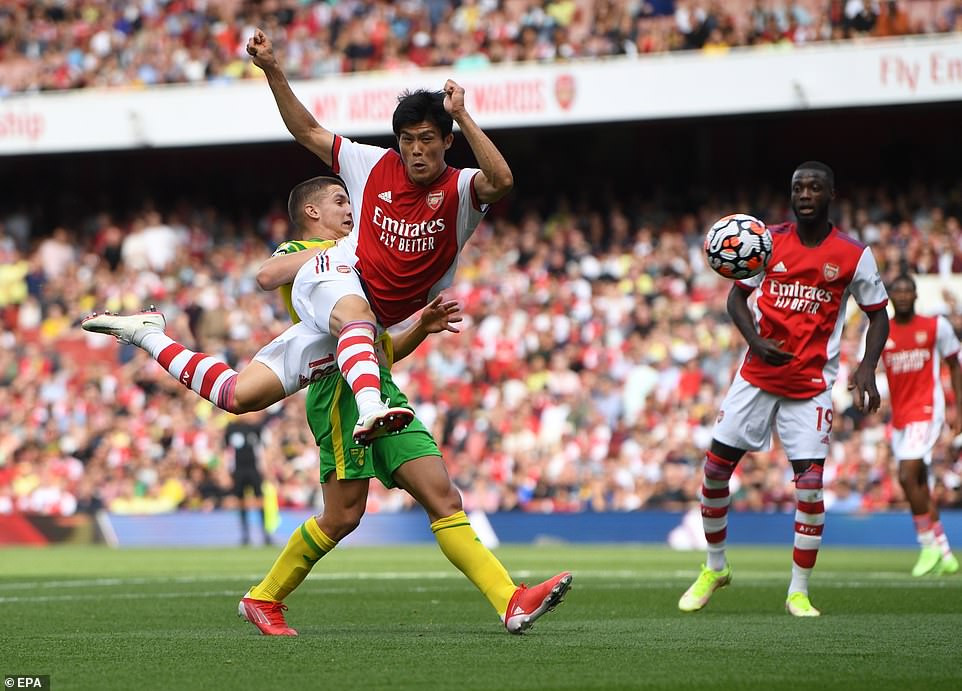 Kenny McLean wasted a decent aerial opportunity, while Teemu Pukki saw a dangerous effort blocked by Ainsley Maitland-Niles, making his first start of the season following heart-to-heart talks with Arteta, on the stroke of half-time.

For the time being, the Arsenal fans stayed loyal, applauding and cajoling the team off at half-time.

It’s not always like that, of course. The last time they played here, Arsenal’s players were booed off twice in a weak loss to Chelsea.

But there was enough to like about this Arsenal performance to encourage the Emirates faithful.

You knew, however, the atmosphere would switch if Norwich made headway. 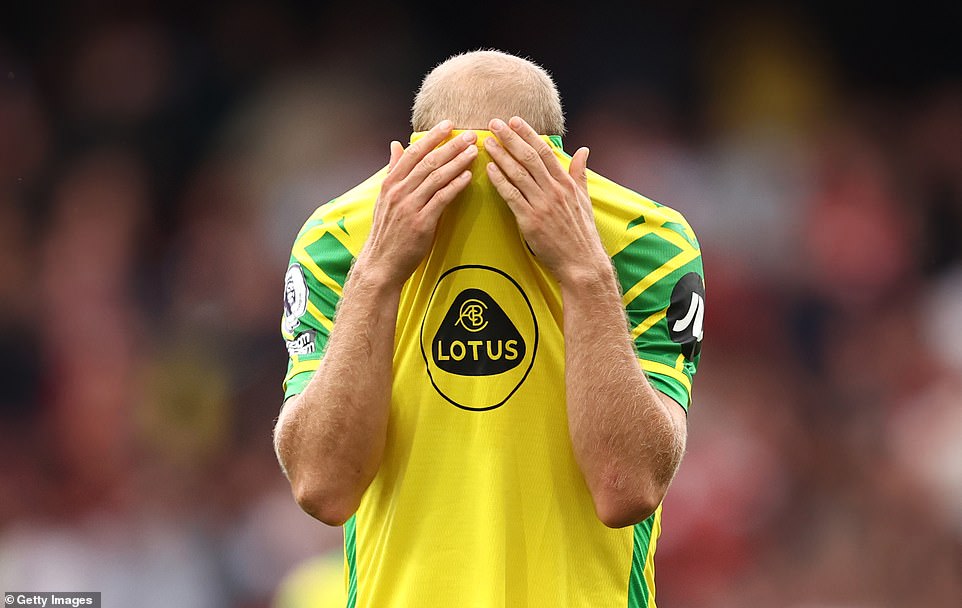 Teemu Pukki reacts, with Norwich unable to make the most of their late pressure on the Gunners at the Emirates Stadium 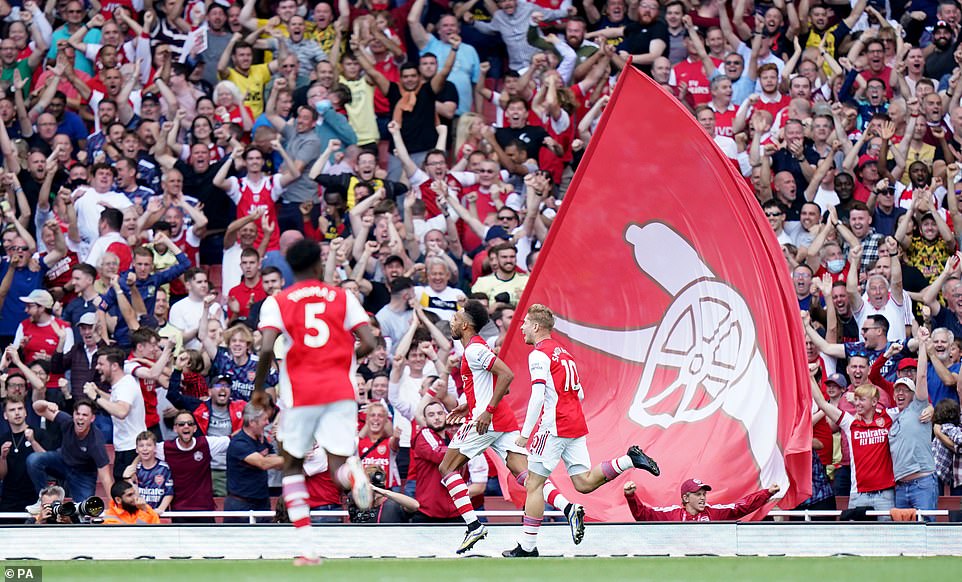 Had Williams, who was having a fine game, not produced a brilliant goal-saving block to deny Pepe at the back post in the 57th minute then the rest of the afternoon would have been far more relaxed for Arsenal.

Indeed, the natives were becoming increasingly restless. Arteta sent for the cavalry: Thomas Partey was introduced for his first appearance of the season after recovering from injury while Emile Smith Rowe was also sent on in the 62nd minute.

And within four minutes Arsenal were ahead. The move started with Partey, who fired a sharp pass forward into Bukayo Saka, who fed Pepe who was cutting in from the right.

The Ivorian’s initial shot was saved onto the post by Krul before Pepe’s bundled effort from the rebound also hit the upright.

Eventually, though the ball broke to Aubameyang, who owed home from a yard as the Emirates erupted.

Arsenal were made to sweat through an VAR check, Norwich adamant Aubameyang was in an offside position. But the goal stood and the Gunners’ season – finally – had lift off.