Chelsea lifted the Women’s Continental League Cup for the first time thanks to two goals from Bethany England and goalkeeper Ann-Katrin Berger’s heroics.

In front of a record final crowd at Nottingham Forest’s City Ground of 6,743, England opened the scoring in the eighth minute, before Leah Williamson broke Chelsea’s resistance five minutes from time to seemingly set up extra time.

But the Blues, who had soaked up constant pressure throughout the game and relied on Berger to make numerous vital saves, conjured a break away in the second minute of five added on, with England stabbing home her 21st goal of the season. 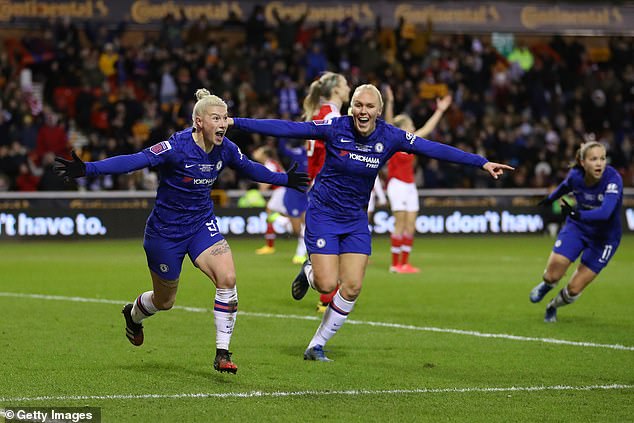 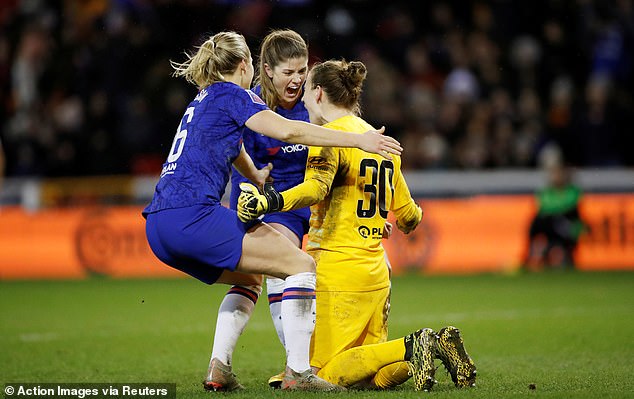 It was heartbreak for Arsenal who had dominated the game, only to suffer a second successive defeat in this competition.

After losing to Chelsea twice in the league this season, including a humbling 4-1 home defeat in January, the writing appeared to be on the wall for the Gunners when England grabbed an early opener.

Guro Reiten’s cross was met at the far post by a header back into the danger area by Maren Mjelde, with England turning onto a loose ball to fire home from eight yards as the Gunners failed to clear. 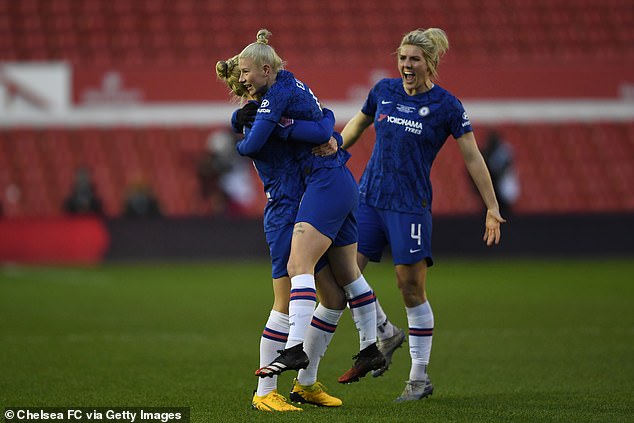 Despite Arsenal being without a number of key players through injury, to such an extent manager Joe Montemurro could only name five substitutes rather than the regulation seven, it was they who then dominated proceedings.

The Blues were indebted to Berger, though, as she first palmed away a close-range Louise Quinn header, then saved with her right foot a low shot from Arsenal captain Jordan Nobbs, before tipping over an angled effort from Vivianne Miedema.

With Arsenal dominating the midfield, Caitlin Foord then teed up Jill Roord in the 25th minute for an edge-of-the-area shot that flashed a yard wide. 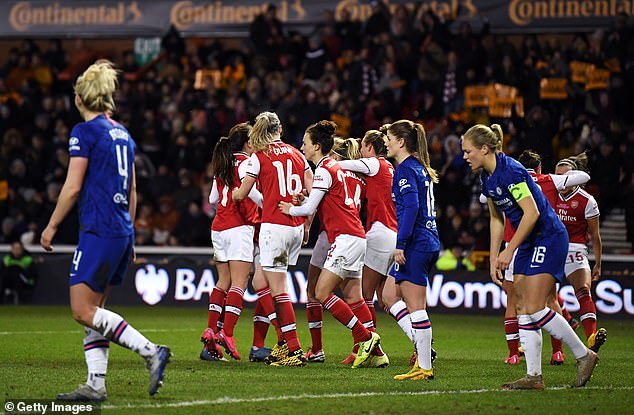 Chelsea, though, should have doubled their advantage on the half-hour mark, with Reiten again the supplier from the left, picking out an unmarked England whose free header was inches past Manuela Zinsberger’s right-hand post.

After Zinsberger had saved with her feet a snap shot from Sam Kerr six minutes from the break, Arsenal quickly countered, with Miedema feeding Foord for an 18-yard drive that rifled into the sidenetting.

Aside from a Reiten drive that was just a yard over the bar in the 50th minute, Arsenal again controlled the game in the second half, with Miedema shaving Berger’s left-hand post with a low, rasping shot from just outside the area.

That was swiftly followed by Lisa Evans playing in Nobbs for a first-time effort that was a yard wide before Miedema angled a header back across Berger shortly after that was again narrowly the wrong side of the woodwork for the Gunners.

With Arsenal throwing everything at Chelsea in a bid to equalise, Berger again produced another stunning save to deny Miedema from a close-range angle.

It was Chelsea and England, however, who settled the game in the second minute of five added on, with England tapping home from a yard out a low ball through the six-yard box from Erin Cuthbert. 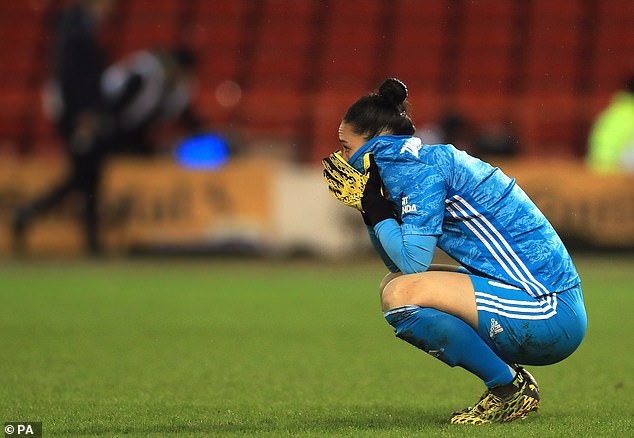