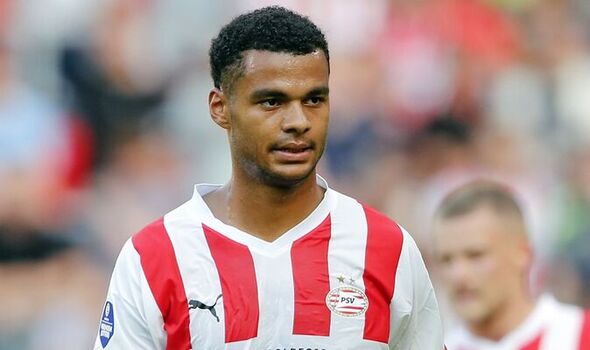 Arsenal will have to pay between £33.5million and £38m to land PSV Eindhoven winger Cody Gakpo this summer. The Dutchman is believed to be among the names under consideration in north London this summer, as Edu looks to land another wide player for Mikel Arteta to bolster the club’s chances of consolidating a top-four finish next season.

The Gunners are currently operating beneath the radar with club sources tight-lipped on potential incomings after missing out on both Raphinha and Lisandro Martinez.

However, Arsenal are still interested in strengthening in the wide areas despite Nicolas Pepe outlining his desire to remain with the club next season.

Gakpo is a player Arsenal have monitored in the past few months, although PSV are yet to receive any offers for the 23-year-old despite additional interest from Leeds.

According to transfer expert Fabrizio Romano, the forward is available for between the £33.5m and £38m mark should Arsenal wish to push ahead with a move. 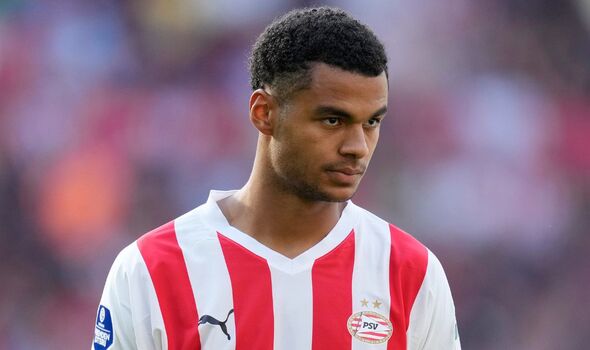 The attacker, who is set to play under former Manchester United striker Ruud Van Nistelrooy next season, netted 18 goals and registered 15 assists in 43 appearances last season.

He is also pushing to be part of the Netherlands squad for November’s World Cup in Qatar after helping PSV win the KNVB Cup last term.

Romano has recently declared that Arsenal already have an idea of who they want to bring in as their new winger in the final weeks of the transfer window.

The Italian was not prepared to reveal the identity of the mystery player just yet though, stating: “For Arsenal, we will see if they go for another winger. I will try to let you know who is the player [they’ll target].

“I have an indication but I can’t speak yet because I have to check & I want to make sure I’m mentioning the right name!” Romano said.

Earlier this week, technical director Edu declared he was told by Deco right from the beginning that Raphinha wanted to join Barcelona.

The Gunners made two bids for the Brazilian that were both rejected by Leeds, before he later snubbed a £60m move to Chelsea for the Catalan giants.

In an honest interview, Edu told Sky Sports: “People think we went in too deep about Raphinha, because Raphinha was everywhere.

“It’s fair we did have some conversations with Deco because Deco is his agent and I have a good relationship [with him] – we are friends.

“I just said to Deco, ‘Can you explain to me the situation with Raphinha?’ and he was clear, ‘Edu, we have a good relationship but I’m not going to lie to you, his idea is to go to Barcelona because he’s dreaming to go to Barcelona, and we’ve been talking to Barcelona since a long time ago’.

“Okay, thank you very much, if something happens then just let me know because I can explore and understand the situation. If not, no problem and we carry on with our relationship.”

Arsenal have also been linked with Jarrod Bowen and Leroy Sane but they are yet to move for either player.