Lucas Torreira’s season looks to be over after the Arsenal midfielder fractured his ankle in the FA Cup fifth-round victory over Portsmouth on Monday.

The club have confirmed the diagnosis, yet there is no timescale for his recovery, though the 24-year-old will certainly be out for the foreseeable future.

The Uruguay international was stretchered off after 16 minutes at Fratton Park following a strong challenge by James Bolton.

Torreira was replaced by Dani Ceballos in the cup tie, which Arsenal went on to win courtesy of goals from Sokratis Papastathopoulos and Eddie Nketiah.

An update from the Gunners read: “Right ankle. Sustained fracture to right ankle during Portsmouth (a) on Monday. Awaiting further specialist reviews which will determine recovery plan”. 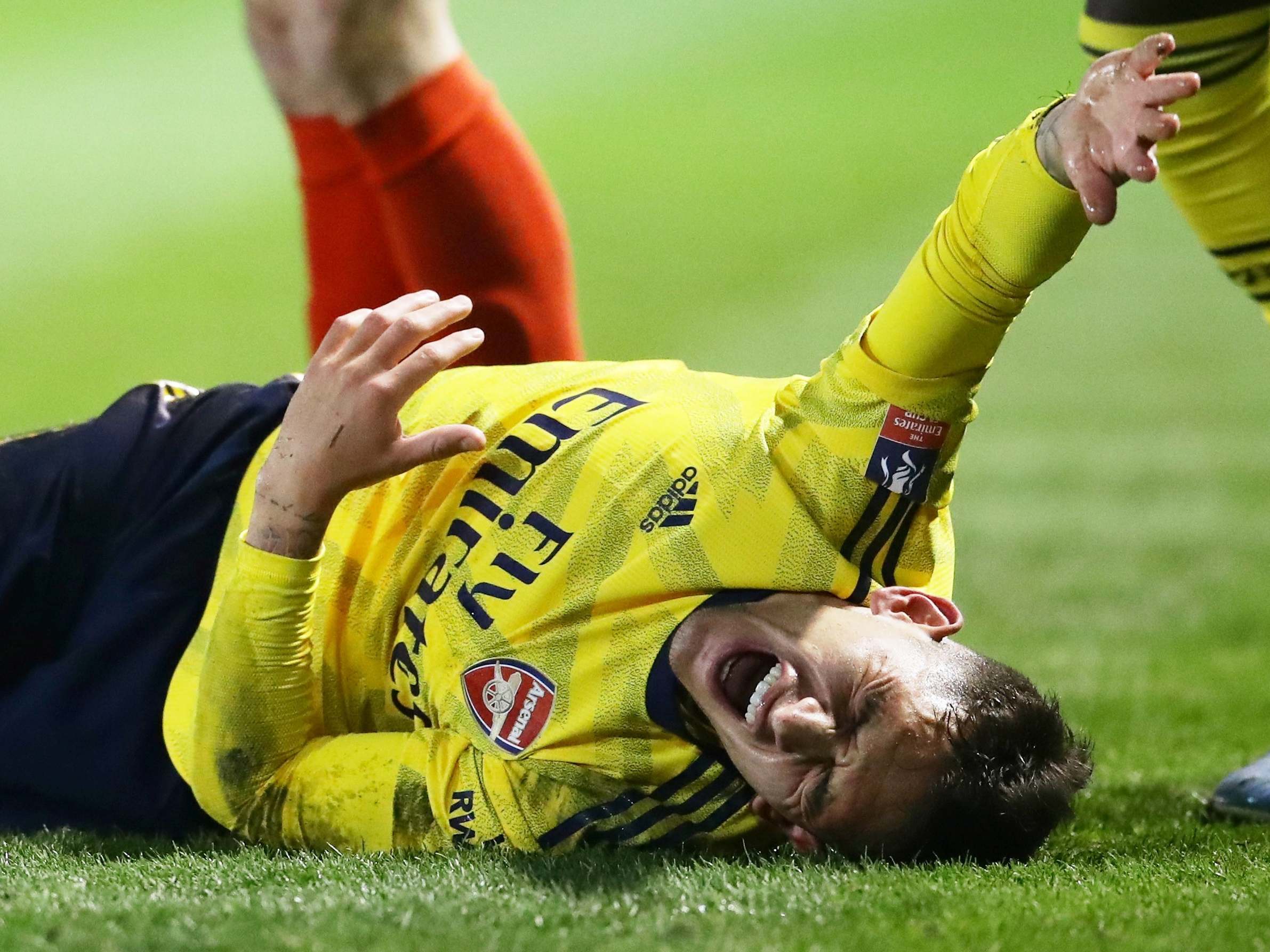 The Gunners will now play Sheffield United at Bramall Lane in the last eight of the competition.

The former Sampdoria star will now be a doubt for Uruguay at the Copa America too.

La Celeste will have high hopes of going far in the tournament hosted by Argentina and Colombia, which starts on 12 June.

There was better news for full-back Kieran Tierney as Arsenal announced he is back in full training having dislocated his shoulder in December.

While Cedric Soares could join full training by next week.

Sead Kolasinac and Calum Chambers remain out for the foreseeable future though.

Arteta’s focus switches back to the Premier League, with West Ham at the Emirates on Saturday.

With the gap now eight points from Arsenal in 10th to fourth-placed Chelsea, three points is imperative with just 10 games left in the race for a top four finish.​