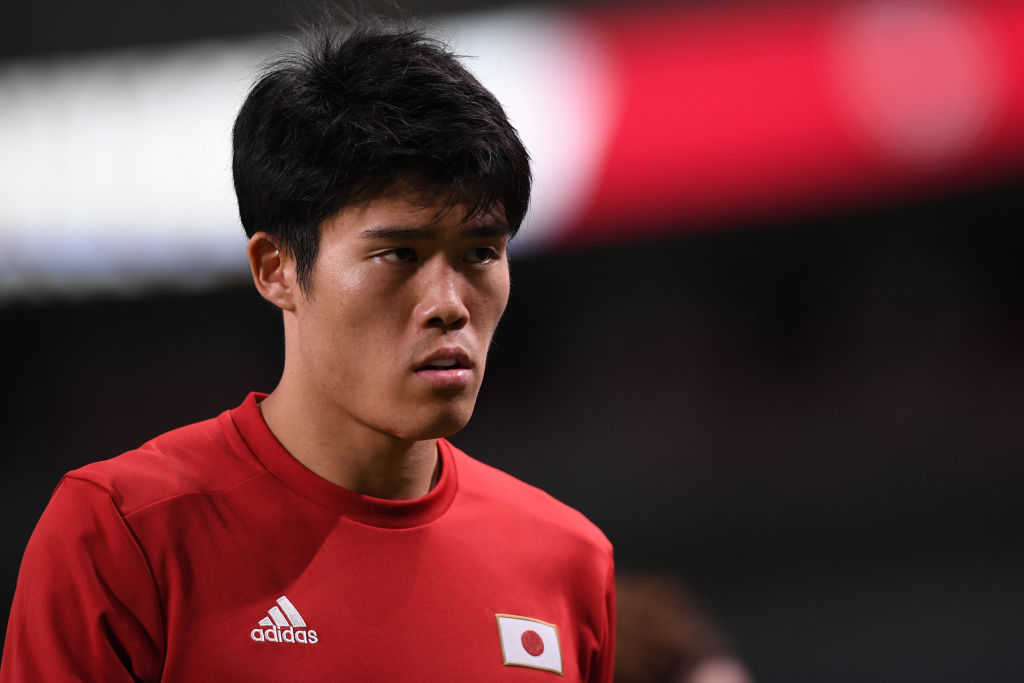 Arsenal are working on a deal to sign Bologna’s versatile defender Takehiro Tomiyasu before the transfer window closes on Tuesday night.

Tomiyasu, who can play at either full-back as well as centre back, has been linked with a move to Arsenal and their north London rivals Tottenham earlier this window.

But with Spurs looking set to sign Emerson Royal from Barcelona, the Gunners have began talks with the Japanese international however a potential move relies on other players leaving the club first, according to The Athletic.

Arsenal are hopeful of offloading fellow defender Hector Bellerin before the deadline, however a loan deal to Spanish club Real Betis could be scuppered by reports that they are now looking at signing Tottenham’s Serge Aurier for a lower price.

Tomiyasu made 31 Serie A appearances for Bologna last season, but has only featured in one game this campaign and is understood to be keen on a move to the Premier League.

Arsenal are looking to bolster their defensive options after losing their opening three Premier League games, conceding nine goals in the process.

They are also hoping to sell some of their fringe players including Eddie Nketiah, Reiss Nelson and Alex Runarsson if the right offer was to come in.

Nelson is said to be closing in on a season-long loan move to Dutch giants Feyenoord after their pursuit of Manchester United’s Amad Diallo was cancelled due to injury.

Ainsley Maitland-Niles Is also pushing for a move away from the club, with Everton having a loan offer rejected. But the board have made it clear to the Englishman that they want him to stay.

Yesterday, Maitland-Niles posted a public message on his Instagram calling for Arsenal to let him leave.

‘All I wanna do is go where I’m wanted and where I’m gonna play,’ he said.