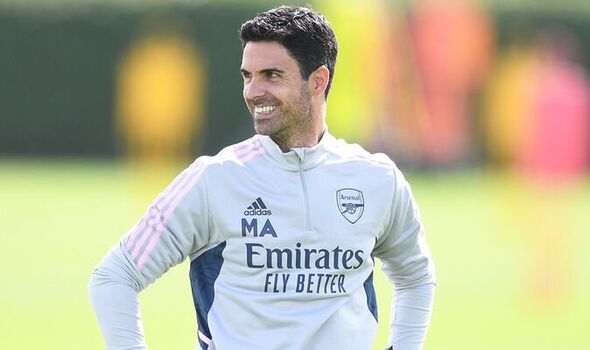 Arsenal may already have their first January signing in their sights. The Gunners failed to implement Mikel Arteta’s plan to sign a winger late in the summer window but could correct that mid-season.

The departure of Nicolas Pepe on a season-long loan to Nice was expected to trigger Arsenal into action. However, injuries to Mohamed Elneny and Thomas Partey turned the club’s attention to signing a midfielder.

Arsenal ended up signing nobody in the final days of the window. But they could reignite interest in Mykhaylo Mudryk in a few months’ time.

Shakhtar Donetsk star Mudryk was a reported target for the north London club. And, speaking to CBS Sports, he had admitted he would be open to discussing a potential January transfer.

“It’s hard to say but Arsenal is a very good team with a very good coach. I like the way they play. Yes [it would be hard to say no] from my side, I can’t say no but the transfer is not only my decision and my word.

“In winter we will see.  There was a lot of discussion about the transfer and the collapse (of a deal) and who wants me but its normal. Now I’m in Shakhtar and I want to play in this team.

“I love this team and I love every guy in this team. Shakhtar for me it is now my home but for me it is very important that all my thoughts are only about Shakhtar but in the winter (window) we will see.”

Mudryk has been dubbed the ‘Ukrainian Neymar’ but he prefers to be compared to Luka Modric, despite playing in a different position to the Real Madrid star. He added: “It’s not Ukrainian Neymar it’s the Ukrainian Modric – this sounds better. 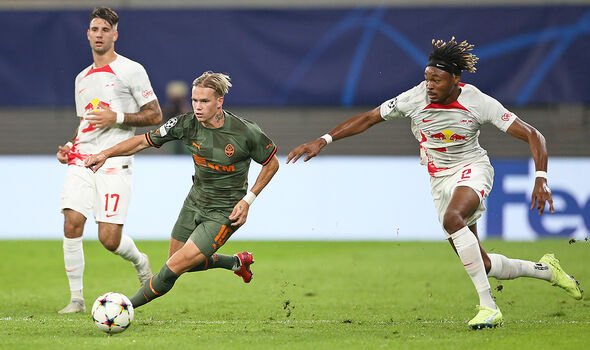 “Modric is a top player, he is one of the best players of all time.” Mudryk, who scored in Shakhtar’s Champions League win over RB Leipzig on Tuesday, has won five caps for Ukraine.

He has played alongside Arsenal star Oleksandr Zinchenko in four of those matches. Gunners boss Arteta outlined his desire to recruit in attacking areas following Pepe’s departure last month.

The Spaniard said: “If we can implement the plan that we have, we will try to do that. In the plan, that [Pepe’s loan move] was something that could happen – now it’s a reality and we’ve been preparing the last two months in order to achieve what we want.

“Whether that’s possible or not, we will see.” Arteta wasn’t able to carry out that plan in the summer but Mudryk could provide an opportunity in January.

To watch Arsenal’s All or Nothing documentary for free, sign up for a 30-day Amazon Prime trial here