Manchester United icon Rio Ferdinand has sent Arsenal defender William Saliba a message of support after he was substituted off at half-time during France’s 2-0 defeat to Denmark on Sunday. First-half goals from Kasper Dolberg and Andreas Skov Olsen gave the Danes the win as Didier Deschamps’ side narrowly avoided relegation from their Nations League group, as they finished one point above Austria.

Saliba started but came off at half-time as he and Real Madrid midfielder Eduardo Camavinga were replaced by Youssouf Fofana and Jonathan Clauss in a potential blow to the defender’s World Cup hopes. The Gunners defender has enjoyed a strong start to the season, prompting a call-up to the French squad, but has come in for criticism after he was taken off after just 45 minutes.

Ferdinand was asked what he made of the substitution on his Rio Ferdinand Presents FIVE channel, and gave the 21-year-old some words of encouragement. “Give him [Saliba] a chance man,” Ferdinand said. “He is a young player.”

Saliba’s national team boss Deschamps explained his decisions after the defeat. “I don’t think it’s a shipwreck, we also had a lot of chances but we were ineffective, we made some errors when playing out from the back,” the France boss told TF1 post-match. “It’s a young French side, where the majority of the players don’t have experience at the very highest level. 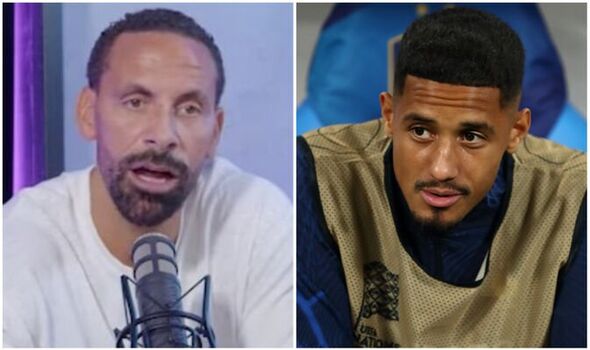 “It’s not a question of formations, but when you have four corners and a Danish player is left alone each time, you can play with three, five or 12 at the back, it doesn’t change a thing. There’s no need to worry.

“The fact that the players with international experience are coming back will do us good. Cama[vinga] was not in the best mood, it can happen. He has not been with us for a long time and he’s starting the match already. 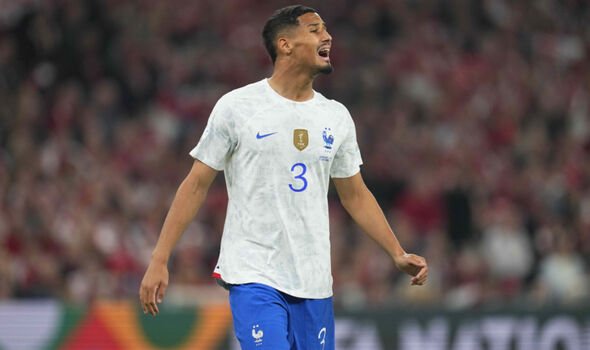 “He was not the only one either. It will serve him well for the future just as it will serve others. Obviously we have young, quality players who are learning but the important thing is to recover all our vital, experienced players for two months’ time.”

Saliba has won seven caps for his country but is competing against some top centre-backs that France are able to call upon in Raphael Varane, Jules Kounde, Dayot Upamecano and Presnel Kimpembe among many, though he is aiming to feature in Qatar.

“My dream is to play at the World Cup with my country,” Saliba told Sky Sports before the Gunners defeated Brentford 3-0, where he scored the opening goal for Mikel Arteta’s side. “I hope I will be in the team at the World Cup.”