While in recent years, things haven't been anywhere near the best, Arsenal have consistently nurtured some real special talent from their youth setup.

Indeed, just over the past couple of years, we've seen the llikes of Emile Smith Rowe, Bukayo Saka, and Eddie Nketiah emerge.

And even over ten years ago, the Gunners' youth side managed to take out Tottenham and Manchester City on their way to the FA Youth Cup final.

Arsenal, who were Premier Academy League winners that season, then smashed Liverpool 6-2 over two legs.

There was, indeed, some huge talent among the ranks in the squad that year, but all those names went on to very different things.

Of course, things invariably change in a players’ career. They find themselves plying their trade in the non-leagues rather than the higher divisions of which everyone thought they'd be playing.

So now the Daily Star Sport will look at the players in the FA Youth Cup and Premier Academy League-winning Arsenal squad and see where they are now.

Which Arsenal graduate from the Wenger era do you think was the greatest? Let us know in the comments section below.

James Shea grew up in Islington but he never managed to reach the first team, despite the keeper being on the bench for five Champions League games.

When his Arsenal contract expired in 2013, he was released.

But Arsene Wenger obviously had a soft spot for him and allowed Shea to train until he found a new club.

It would take a couple of stints at non-league level – Needham Market and Harrow – before he earned the move to League Two side AFC Wimbledon.

He helped with their promotion season before heading to Luton Town in 2017, where he remains.

It was mission impossible for Thomas Cruise as he ultimately failed to make an impact – or feature in a game – for Arsenal.

He was released 18 months after Arsenal youth’s title and FA Youth Cup glory.

A trial at Sampdoria impressed the club but they were not able to offer anything permanent.

The left-back, who was another Islington-born, ended his career at Torquay United in 2015. A year later it was reported he had begun training to be an accountant.

After the double-winning season in Arsenal's youth set up in 2008/09, Craig Eastmond, along with, Shea, Luke Ayling and Cedric Evina, all signed up to be professionals at the club.

Eastmond made his debut in a 2-1 win over Liverpool in the League Cup, before being handed a fresh contract in January 2010.

However, the holding midfield – who could play in the right-back position as well – soon found himself out of contention.

He was loaned to Millwall, before having games with Wycombe Wanderers, Colchester and Yeovil Town.

In 2015, Eastmond ended up signing for Sutton United, a National League South side at the time. In his first season he was named the club’s player of the year.

Last campaign, as Sutton earned promotion to the Football League for the first time, the 31-year-old won the club's player of the year a second time.

A towering northern lad from Bolton, Kyle Bartley was not your typical Arsenal player.

Wenger always preferred the technical sort, which is why he only made a single outing for the club, a Champions League game away to Olympiakos.

Ayling was initially deployed as a centre-back along with the aforementioned Bartley. The zestful player never made the cut at Arsenal, mentioning only once on the substitute's bench.

In 2010, he joined Yeovil Town, where he spent four years. His versatility to play centre-back or right-back drew attention from Bristol City, who then sold him off to Leeds United.

With the arrival of Marcelo Bielsa, his career has since taken off.

Ayling, who’s now 30, was widely considered as being one of the most effective wingbacks in the Premier League last season.

Cedric Evina never made a senior appearance for the Gunners. In October 2010, he joined Oldham Athletic on loan and that was made permanent a few months later.

He didn’t enjoy life in the grizzly north and returned to London to play for Charlton Athletic in 2011.

The left-back failed to hold down a regular spot and soon departed back up north, this time to Doncaster Rovers.

After spells with Crawley Town and Notts County, he joined Romford in January 2020 before retiring.

In four years at the club, Rhys Murphy failed to make an appearance for Arsenal. He left in 2012, and went on to represent a huge 15 clubs.

His most successful period came in the National League South while playing for Chelmsford City. It was during the 2018-19 season and he got 28 goals in 43 games.

He’s currently with Southend United and has scored seven goals in 15 this season.

It was highly doubtful that Francis Coquelin would make it to the Arsenal first-team.

But such was his guile that he eventually broke through.

The midfielder was sent out on loan to Lorient and Freiburg. In 2014, while on loan at Charlton, an injury crisis meant that Wenger had no option but to call him back.

He soon forged his way into being one of the hardiest players in the Arsenal squad, offering a factor of brawn in the centre of the pitch.

In 2018, he departed to La Liga, initially playing for Valencia and now Villarreal.

An Arsenal cult hero, Emmanuel Frimpong forged his way to the first-team following his success with the youth side.

However, in 2010, he injured an anterior cruciate ligament (ACL) in training and was out for nine months.

He was never the same player again and further injuries saw him eventually sold to Barnsley in 2014.

Frimpong only made nine appearances for the side, however, and he then left for the Russian Premier League to play for Ufa and Arsenal Tula.

The 29-year-old had spells in Sweden and Cyprus, before retiring.

This dazzling midfielder made just two outings before joining Besiktas in 2012.

Back in his home nation, Oguzhan Ozyakup made 289 outings, scoring 35 and assisting 59.

A full 49 caps for Turkey isn’t bad going either. Maybe he was one that got away for Wenger.

Jack Wilshere was already part of Arsenal’s first-team when he won the FA Youth Cup, having made his debut for the senior team some six months prior.

Along with Cesc Fabregas, Wilshere was an integral part of the Gunners’ midfield for a few seasons, however, ankle problems subdued him from ever fulfilling his potential in north London.

He left Arsenal in 2018 and went to make spells at Bournemouth and West Ham, but now, at 29, he is looking for a new club to take him on.

Conor Henderson looked certain to have a career at the Emirates – but his is another tale of how talent on its own is not enough to make it at the top level.

Injury problems plagued his development and soon the Irish midfielder was sold on to Hull, Stevenage and Grimsby.

He had a second spell with League Two side Crawley Town, but today plays for Pirin Blagoevgrad in the first division of Bulgarian football. 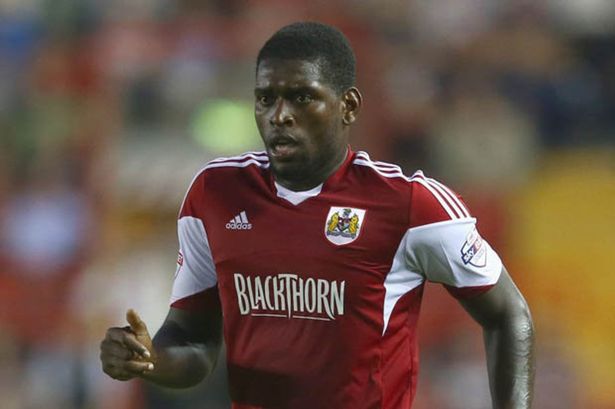 He was not quite ready for the senior team but clearly better than the youth side.

He made five appearances for Arsenal before being sold to Ipswich Town.

The 30-year-old – who’s sometimes affectionately known as JET – played for a plethora of clubs, such as Bristol City, Queens Park Rangers, and Milton Keynes Dons.

But today he’s playing as a forward for Scottish Premiership side Aberdeen.

Henri Lansbury impressed so much that Wenger invited him to a few sessions with the first team while he was still a youngster.

He scored in the north London derby against Tottenham in 2010, but that was the height of his time at Arsenal.

He had loan spells with Scunthorpe, Watford, Norwich, and West Ham before leaving the club permanently.

He now plays for Luton Town in the Championship, following moves to Nottingham Forest and Aston Villa.