The fists of Benfica’s players flung up triumphantly, the bear hugs amongst each other and adulation from the crowd flowing thick and fast.

Their opponents dragged themselves off the pitch, heads lowered and palms covering their faces.

The mighty Barcelona were beaten again, beaten convincingly, beaten to the point where they become divorced from that very name.

One shot on target. Losing their first two matches in a European campaign for only the second time in their entire history – the last coming in 1972-73.

A local journalist asked: “is this really Barcelona?” And, well… yes. This is what they are now.

A reminder, not that one could ever be needed in such a case, stemmed from Marca that Barca’s last visit to Lisbon saw them being mauled 8-2 at the hands of Bayern Munich last August.

Since then, their devolution into mess que un club has only escalated. The only thing more alarming than Barca’s on-pitch fragility has been their financial pigsty.

A Bola, the Portuguese publication, however had a warning: “Be wary of a hurt giant.”

Benfica, though, had no reason to be nervous. Just three minutes into the game, Julian Weigl slipped in a perfectly weighted pass for Darwin Nunez, who darted in from the left and had Eric Garcia in a daze.

The Uruguayan timed his run well and slotted with surety into the bottom corner.

Barcelona were rocked and Marc-Andre ter Stegen had to thwart Roman Yaremchuk from doubling their misery. The visitors were unconvincing in possession and jittery out of it, never causing Benfica much discomfort. 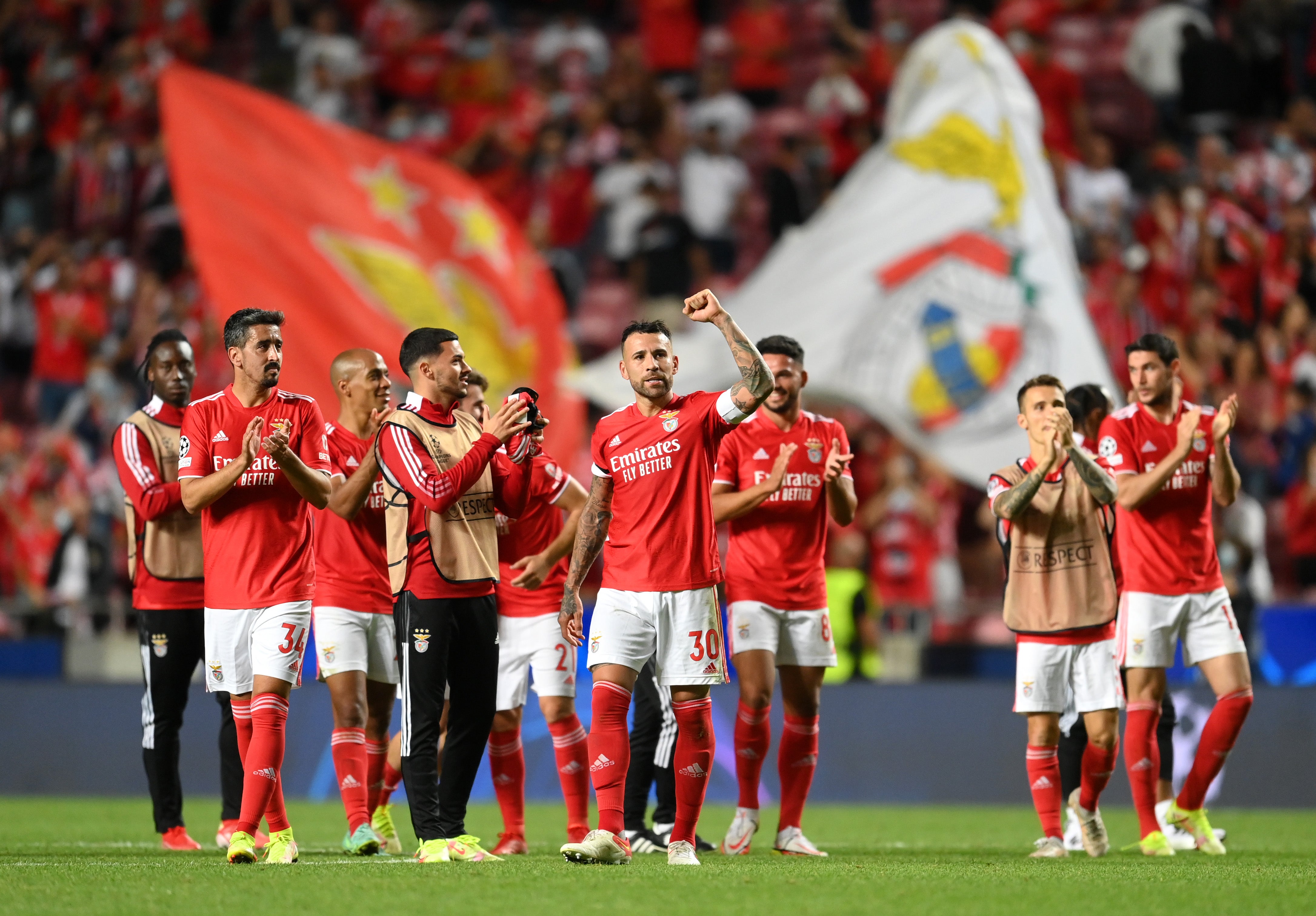 Frenkie de Jong burst into the box and should have had a crack at testing Odisseas Vlachodimos, but he cut the ball back for Luuk de Jong instead. The shot was blocked and up went the offside flag anyway.

That was largely the tale of Barca’s offensive contribution: they ended the first half with one effort on target. There were attempts from distance via Pedri and shut off shots from Memphis Depay and wide ones from Luuk de Jong.

Gerard Pique, who drew an early yellow card, was replaced by the exciting Gavi just after the half-hour mark and there was no concrete sign on whether the change was tactical or forced by injury.

The substitution saw Frenkie de Jong shifted into the centre of Barca’s back three, which diminished their sense of control and creativity.

The shape of the game suggested that Benfica would be most likely to score and it did not lie.

Benfica’s cushion should have been greater and it finally was right after Ronald Koeman’s triple change. The manager sent on Ansu Fati, Philippe Coutinho and Nico Gonzalez for Luuk de Jong, Pedri and Sergio Busquets. 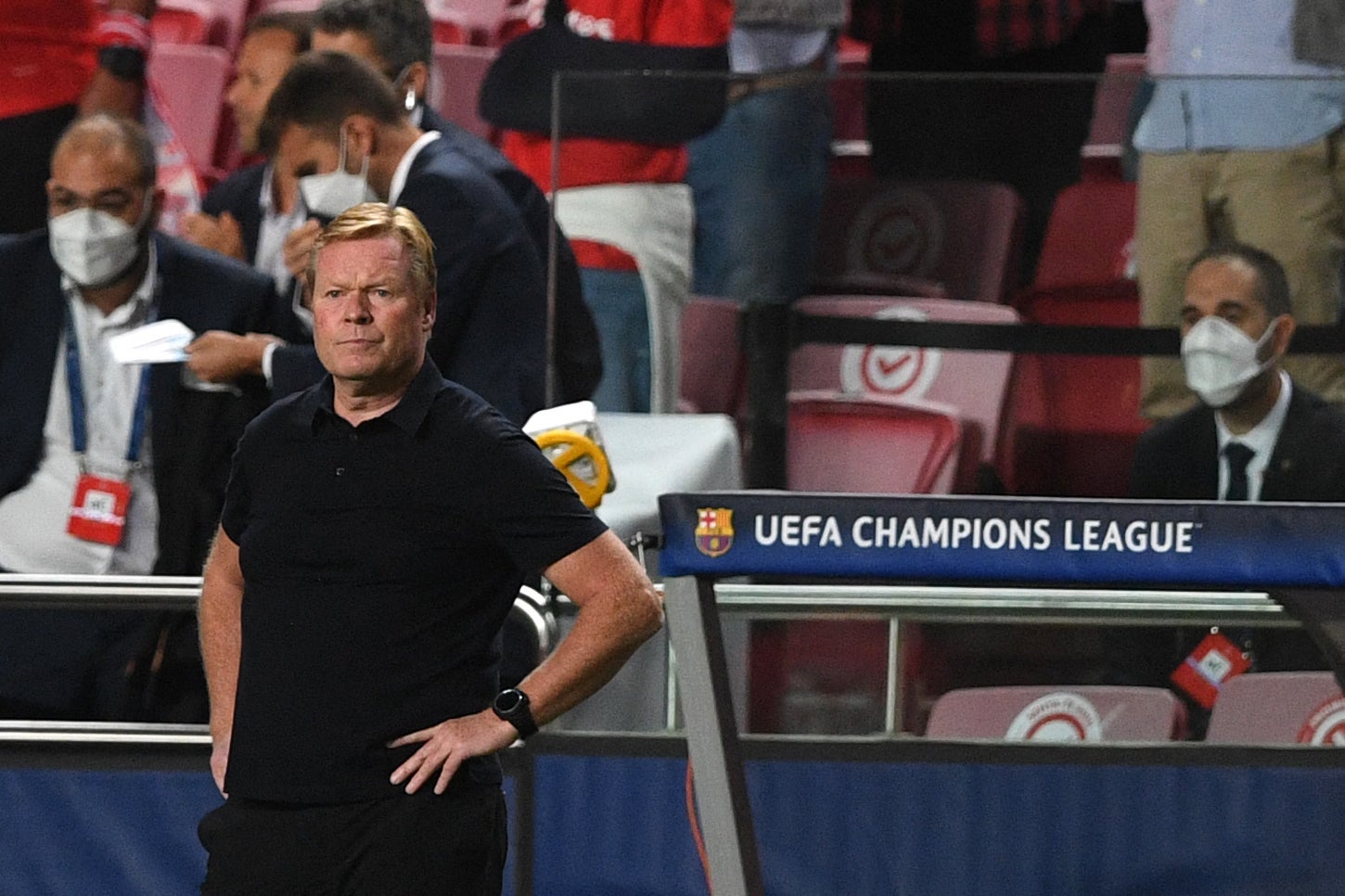 As Barca adjusted, Joao Mario conducted a one-two with Yaremchuk, before speeding into the box and forcing Ter Stegen into action. The goalkeeper’s intervention rebounded to Rafa, who thundered into an empty net.

Barcelona’s breakage was not yet complete. Sergino Dest blocked Gilberto’s diving header with his arm and after reviewing the incident at the pitchside monitor, referee Daniele Orsato pointed to the spot.

Nunez, the game’s energetic luminary, sent Ter Stegen the wrong way and nestled his penalty in the bottom right corner.

It was no less than Benfica deserved, the home crowd filling the night air with relentless song and swirling scarves.

For Barcelona, it was another nightmare in Lisbon that will no doubt give Koeman sleepless nights.

His job is not safe, but pretending he is the overarching problem will not lift the club out of the despairing depths to which they’ve fallen.