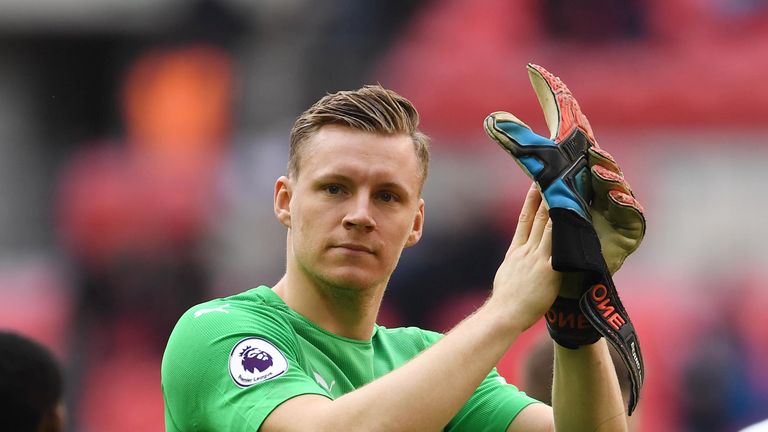 Bernd Leno has urged Arsenal’s players to show support for all races and creeds as role models for equality and inclusion.

Athletes across the world, including Premier League footballers, have joined in support of protests triggered by the death of unarmed black man George Floyd in US police custody last month.

German goalkeeper Leno was among the Arsenal players who took a knee and wore Black Lives Matter T-shirts before the friendly against Brentford earlier this week.

Leno told Sky Sports News: “We as players have so many people looking up to us as idols.

“We have to show, as Arsenal, that we support you; it doesn’t matter if you are black or white, or what your religion is. 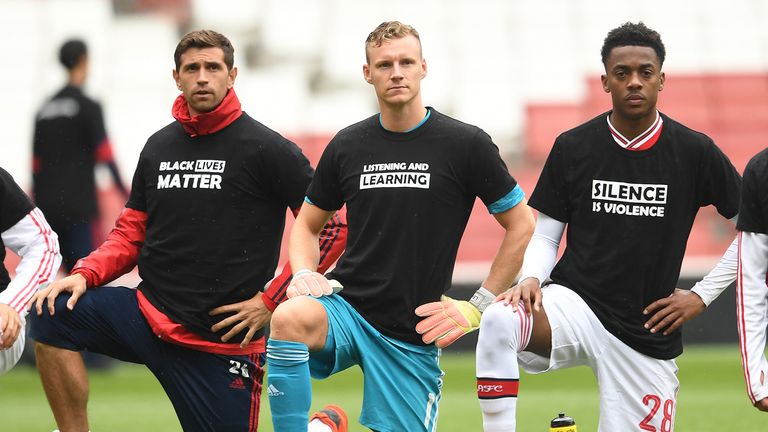 “It is sad in 2020 we are still discussing these things, but this is the reality and we have to keep pushing on this.

“It doesn’t matter if you are black or white, we have to respect each other and everybody should have the same chances in life.”

Speaking ahead of Arsenal’s return to Premier League action on Wednesday against Manchester City, Leno said: “Everyone is getting more excited [about the season beginning].

“Everything will be new at the beginning with the match-day protocols. But it was the same with training and you get used to it. And we’re all glad we can do what we love and play football again.

Arsenal can move sixth and close the gap to fourth-placed Chelsea to five points if they beat City in what is a game in hand on the rest of the pack, and Leno is confident despite the threat of losing home advantage without fans in the Emirates.

“We are prepared for the situation without the fans, we have worked during the break on our mindset and our leadership,” he said.

“We can surprise City because nobody has the rhythm. I’m sure we can have a good start. Mikel (Arteta) knows every player and he knows the manager better than anyone.

“I think Mikel will have a good game-plan and at this level we think we are a very good team.”