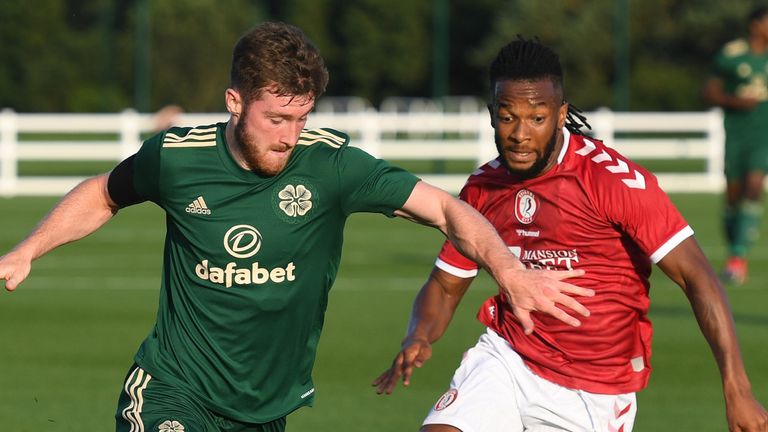 Andy Weimann came close to earning Bristol City victory over Celtic as the Scottish Premiership side ended their training camp with a 0-0 draw in the West Country.

The Austrian’s shot rebounded off a post before half-time in a game of few clear-cut chances at the Robins’ training ground, while Celtic boss Ange Postecoglou’s biggest issue concerned injuries to Mikey Johnston and Karamoko Dembele, who were both substituted.

The visitors could have led after 42 minutes when David Turnbull’s pass into Albian Ajeti was saved by Max O’Leary.

Ajeti returned the favour 12 minutes into the second period, with Turnbull this time denied by the Bristol City goalkeeper, and Adam Montgomery’s shot from the resulting corner then flashed wide.

City substitute Saikou Janneh was then kept out by Scott Bain with time running out, as Celtic ended their their three-match trip south of the border with a goalless draw.