Cagliari 1-2 Roma: Stunning free-kick from captain Lorenzo Pellegrini spares the blushes of Jose Mourinho’s side as they pull off comeback win to stay fourth

Jose Mourinho grimaced through 90 minutes but his side returned to winning ways thanks, in the most part, to the technique of captain Lorenzo Pellegrini.

Pellegrini has been one of Mourinho’s most reliable stars since he arrived in Rome and his captain delivered two huge moments to seal a comeback victory away to Cagliari, ensuring Roma remain fourth, two points behind Inter Milan.

After Leonardo Pavoletti had put the hosts into the lead, Pellegrini teed up Roger Ibanez for the equaliser before netting the winner himself with a sublime free-kick. 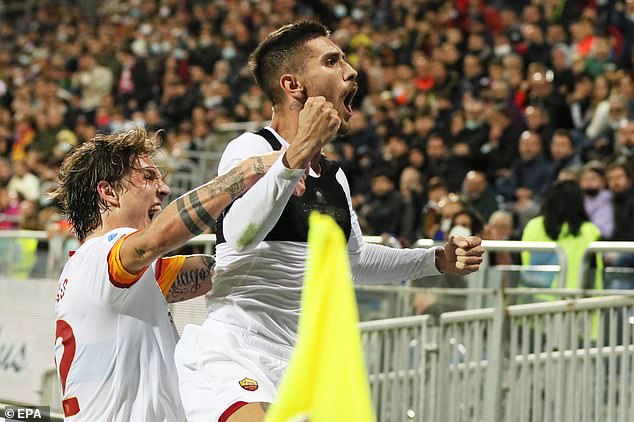 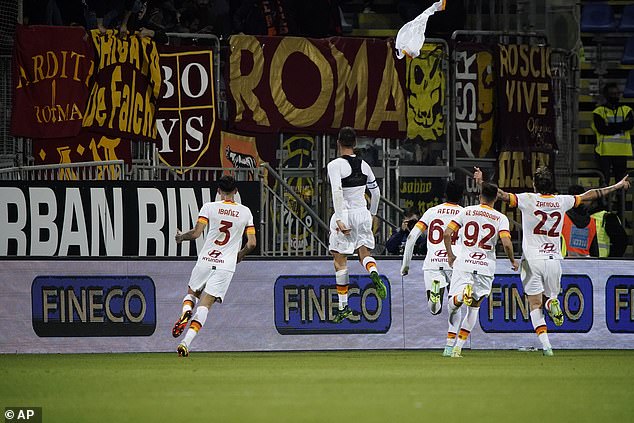 It was to be Joao Sacramento calling the shots on the touchline for Roma after Mourinho was sent off against Napoli for unsportsmanlike conduct.

Mourinho was situated in the stands at the Sardegna Arena and was seen grumpily barking instructions as he sat with headphones in.

He would not have been too impressed with the way his players started the game – and they should know he isn’t afraid to end their playing time.

Borja Mayoral, Amadou Diawara, Gonzalo Villar and Bryan Reynolds all missed out once again as punishment for their role in the 6-1 Europa League defeat to Bodo/Glimt last week.

Cagliari looked to add to Mourinho and Roma’s misery and almost did so early in spectacular fashion.

Young right back Raoul Bellanova was picked out brilliantly on a switch of play and his strike rattled the crossbar as a warning to the visitors – they were in for a real fight.

Matias Vina may find himself looking over his shoulder at Roma training this week after he was at fault for the goal that broke the deadlock.

A misread cross into the box evaded Vina and it allowed an unmarked Pavoletti to poke in for 1-0, sucking his thumb by way of celebration. 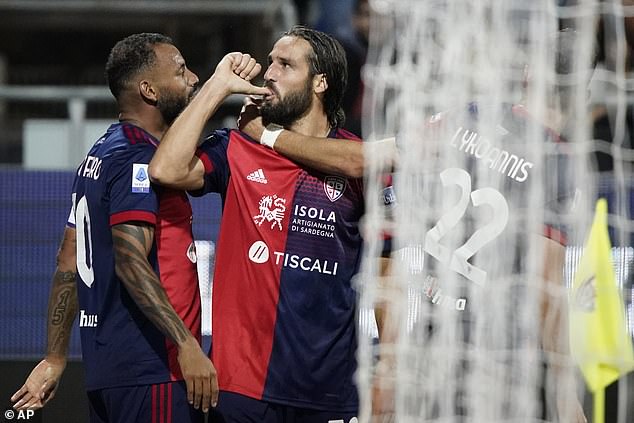 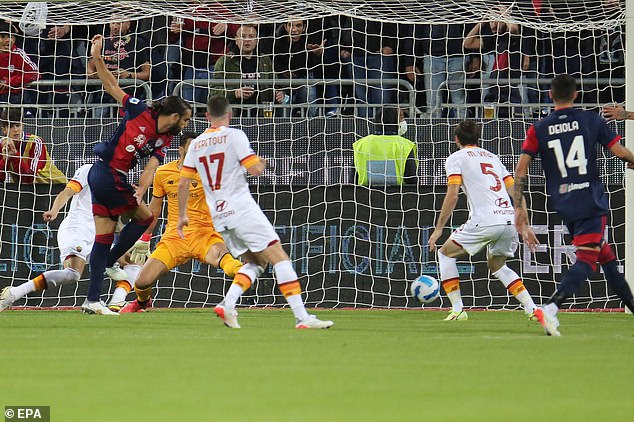 Cagliari continued to swarm Roma, again Pavoletti was at the heart of it all and he was guilty of missing a brilliant chance for 2-0.

That in turn opened the door for Roma to respond and while they don’t look to be a serious contender for the title this season they remain a real possibility to break the top four if Pellegrini can stay healthy.

It was Pellegrini’s corner that found Roger Ibanez and he made no mistake to reduce the deficit and swing the pendulum of momentum back in favour of Roma.

From there the moment landed with Pellegrini, he puffed out his cheeks before scooping the ball over the wall from a free-kick and into the top corner to win it.