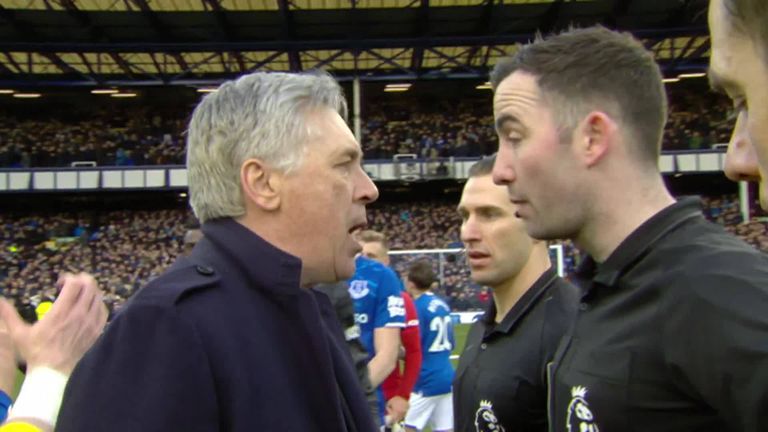 Everton manager Carlo Ancelotti has been fined £8,000 after accepting an FA misconduct charge, but will not face a touchline ban.

Ancelotti “admitted that his language and/or behaviour” at the end of Sunday’s 1-1 draw with Manchester United “amounted to improper conduct and also accepted the standard penalty”.

It means Ancelotti will be in the dugout for Sunday’s match against Chelsea, live on Sky Sports Premier League, on his Stamford Bridge return.

The former Real Madrid boss was shown a red card by referee Chris Kavanagh when he approached the official at the final whistle, with Everton believing they had scored a late winner only for the goal to be disallowed by VAR.

Dominic Calvert-Lewin’s deflected shot was ruled out after it was adjudged that Gylfi Sigurdsson, who lay near to David de Gea in an offside position, was interfering with play.