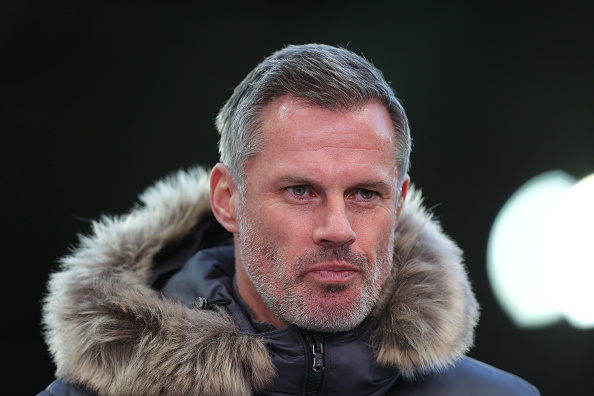 Jamie Carragher believes Arsenal will miss out on a top four spot because the Gunners struggle to ‘win ugly’.

Mikel Arteta’s side saw their 100% start to the Premier League campaign come to an end on Sunday when they were beaten 3-1 by Manchester United at Old Trafford.

The Gunners’ early season performances have been superb, with the additions of Gabriel Jesus and Oleksandr Zinchenko providing Arsenal with more quality than they had last season.

Arsenal were again impressive at the Theatre of Dreams on Sunday but they were undone by United’s counter-attack, with Erik ten Hag’s side exploiting the space left in behind the Gunners’ backline.

While Arsenal are clearly ahead of United under Arteta, the Red Devils have shown their resilience in recent weeks with gritty wins against Leicester and Southampton.

United won both matches 1-0 and Carragher believes Spurs have the same ability to grind out results when they’re below their best.

And the former Liverpool ace believes Arsenal’s inability to do the same could see them miss out on the top four.

‘I’ve been impressed with them [Arsenal], I just don’t know if they’ve got the squad,’ Carragher told the Overlap.

‘When I watch Tottenham, Manchester United, they’re almost getting results the same sort of way, big, powerful, tough to beat.

‘When I watch Arsenal, it’s fast, energetic, I’m excited watching it, but could what happened [against Manchester United] happen too often?

‘But the more impressive team, when we talk about how the game is played right now, the technical game and what Liverpool and Man City have done over the last four or five years, I think Arsenal are closer to that than say Tottenham or Man United are.’

Arsenal are still top of the league after Manchester City dropped points against Aston Villa on Saturday.

The Gunners face Everton at the Emirates this weekend, with the Toffees buoyed by their draw with rivals Liverpool on Saturday.

But Arteta’s side face FC Zurich in the Europa League on Thursday first, as the side’s European campaign starts.