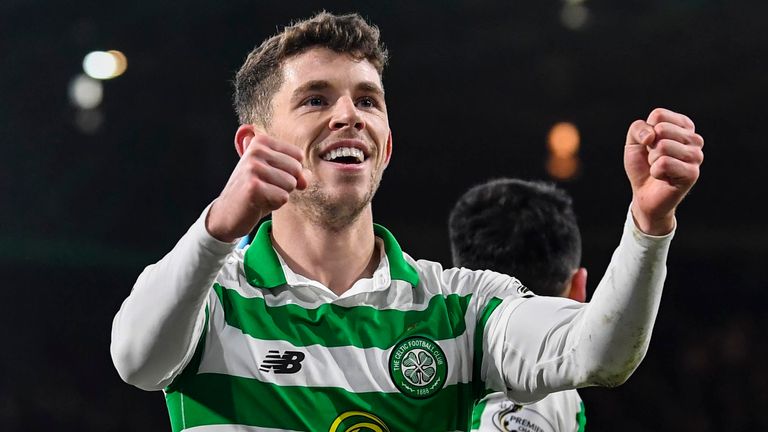 Celtic midfielder Ryan Christie is preparing for an anticlimax to the Scottish Premiership season.

Football in Scotland has been suspended since March 13 due to the coronavirus pandemic with no firm date for resumption.

Even though his side are 13 points clear at the top of the table, Christie is starting to contemplate never being able to win the title in front of his own supporters.

Celtic also have a Scottish Cup semi-final against Aberdeen to come, as they chase an unprecedented fourth consecutive domestic treble.

Speaking on the night he would have been hoping to feature for Scotland against Israel in the Euro 2020 semi-final play-off at Hampden Park, Christie told Radio Clyde: “I was really looking forward to the run. Obviously the Scotland game but Celtic as well, the games at the end of the season are always the biggest ones.

“The Old Firm game was obviously the first one to be called off for us and the likes of the semi-final of the Scottish Cup, all these huge games, you just feel gutted that you don’t have them to look forward to anymore.

“But it is going to be strange for everyone looking back on this season, whatever the outcome because it is unprecedented the way everything has panned out.”

Several former players have expressed their concern for players’ mental health and welfare during the enforced time off and Christie admits he is already missing being around his team-mates.

“Obviously you miss the games, the buzz of playing but even just training,” he said.