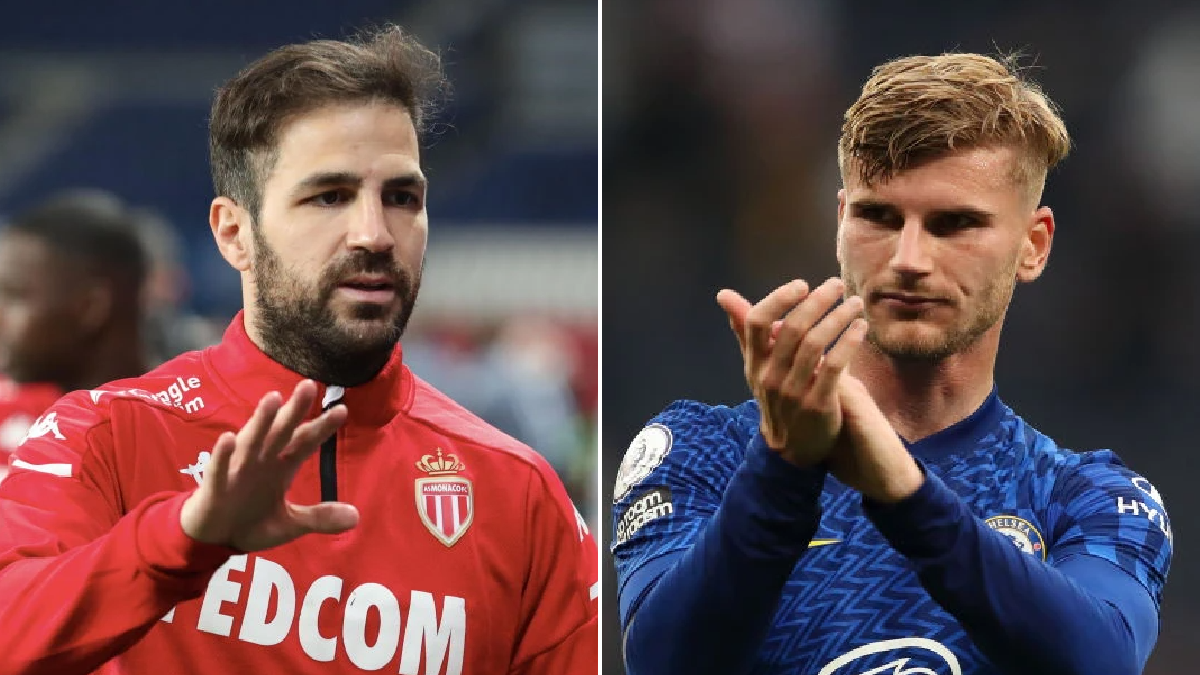 Cesc Fabregas has suggested Timo Werner is being hampered by his Chelsea teammates’ inability to spot his runs, with the forward looking ‘fed up’ as a result.

The Germany international arrived at Stamford Bridge last summer in a £47.5million move from RB Leipzig, though after netting 28 goals in the Bundesliga he managed just six in his maiden campaign in the Premier League.

Werner was guilty of missing a host of guilt-edged chances, which ultimately prompted the club to fork out another £97.5m on Romelu Lukaku to provide a finishing touch up front.

The 25-year-old’s struggles have continued this season, netting just once in seven league appearances so far in a 3-1 victory over Southampton, while he has played just 44 minutes in the Champions League.

Fabregas, though, remains a fan of Werner and his run-making and actually feels his issue at the moment is that his teammates are not feeding him when he looks to get in behind.

During a Q&A on Twitter on Thursday, Fabregas was asked about his thoughts on the German striker and replied: ‘He makes so many good runs but sometimes they either don’t see him or don’t play the pass. He looks fed up sometimes.’