Emerson Palmieri has hit out at “fake news” which claimed he is not a fan of Frank Lampard’s management methods at Chelsea. The Italian defender has been linked with a move away from the club this summer but insists that he is happy under the Blues boss.

Emerson has had a frustrating two years at Chelsea, with injuries and inconsistent form hampering his momentum and preventing a prolonged run in the first team.

The 25-year-old lost his starting berth to Marcos Alonso earlier this season and is said to be attracting attention from Juventus ahead of the upcoming transfer window.

Reports from Italy on Tuesday suggested that Emerson does not appreciate “sergeants” like Lampard, and hinted that this could be one of the reasons he would leave Stamford Bridge.

However, Emerson has moved quickly to discredit this notion and clarify his situation on Instagram. 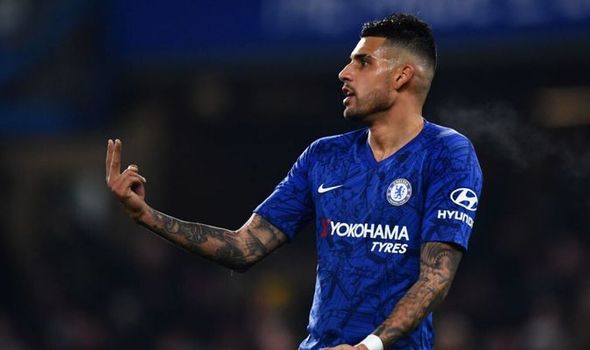 “The world is going through a really difficult moment [with the coronavirus pandemic] and there are journalists who want to spread fake news around to have content,” said the left-back.

“I don’t speak too much, but here is my only and last statement regarding this news.

“I never said that and I think definitely the opposite of what was mentioned, without my knowledge.

Chelsea bought Emerson from Roma for £18million in 2018, with the full-back going on to make over 50 appearances for the Blues in all competitions.

He was part of the triumphant Europa League-winning squad from last season and also received a runners-up medal in the League Cup but is now expected to depart for pastures new this summer.

Juventus are reportedly prepared to offer £20m for Emerson, who has two years left to run on his current contract.

Inter Milan are also thought to be interested, while Lampard is on the hunt for a new left-back. 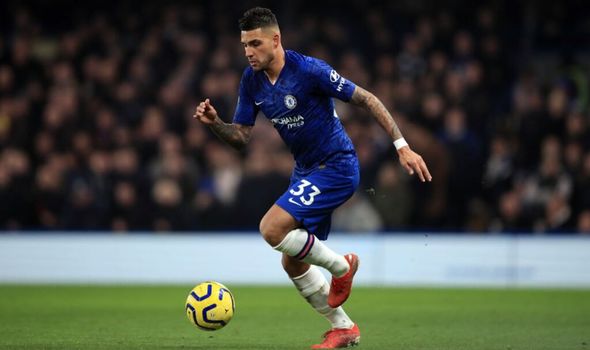 Ben Chilwell is top of the transfer target shortlist but Leicester are demanding in excess of £80m for the England international.

Alex Telles is believed to be next on Chelsea’s radar and could be available for even less than his £40m release clause.

The Brazilian ace has already told Porto he will not be renewing his contract with the Primera Liga club, which is due to expire in 2021.

Porto will therefore look to make some sort of profit by moving the star on this summer, as opposed to losing him for free next year in a similar manner to the departures of Yacine Brahimi and Hector Herrera.

Another potential target for Chelsea is Ajax star Nicolas Tagliafico, with Calciomercato claiming the 27-year-old is the “least expensive” option available to the Blues.

Tagliafico is under contract at the Johan Cruyff Arena until 2022 but any sale would represent a huge profit for Ajax, who bought their in-demand star from Independiente for just £3.6m in 2018.

Finally, Spanish ace Marc Cucurella has also been touted as a potential summer signing although he has recently completed a permanent move from Barcelona to Getafe.