‘This is the worst chant I’ve ever heard’: Chelsea fans mocked for ‘absolute s***’ Kalidou Koulibaly song which rival fans taunt they ‘made in the pub five minutes before leaving for the turnstiles’

Chelsea’s new defender Kalidou Koulibaly has been adorned by fans since signing for the London club, and even has his own chant after just one game.

The problem however is that the song is a dreadful rendition of party classic ‘Hey Baby’ with Chelsea fans now being ridiculed by opposition supporters online.

Koulibaly made his Premier League bow during Chelsea’s routine 1-0 away win on the season-opening weekend against Everton, with the defender looking an assured figure alongside Thiago Silva in the Blues backline. 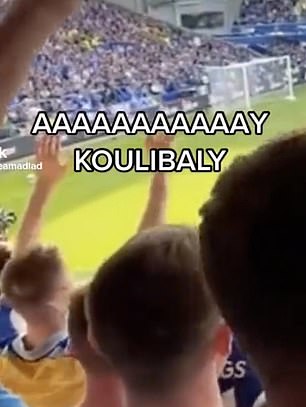 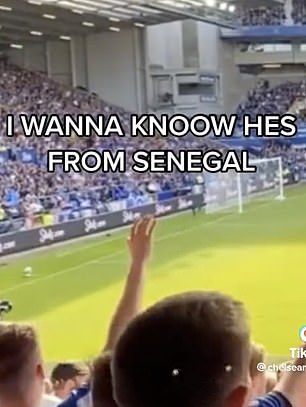 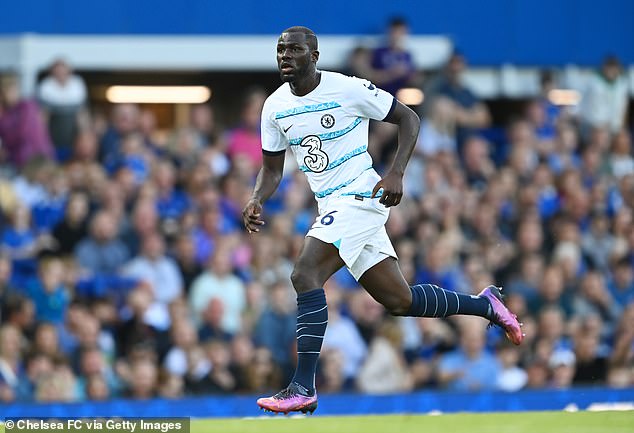 The Senegalese international was highly effective in both winning aerial duels and using his turn of pace to snuff out Everton’s lacklustre attacks.

Chelsea fans at Goodison Park wanted to show their new singing some welcoming love, but given he was signed midway through July, the defender might have hoped to hear a better chant being sung from the terraces.

The song is simple and straight to the point with the line: ‘Aaaaaaaaay Koulibaly, ooh aah, I wanna knoooow he’s from Senegal,’ the only words involved.

Football fans flooded onto social media to mock Chelsea’s failed attempts at creating a footballing classic, with some suggesting the song is quickly retired.

One user kept their tweet as simple as the song itself as he branded it ‘absolute s***’ before suggesting the song’s original creator may be a five-year-old.

A Manchester City fan noted that Koulibaly’s new anthem ‘doesn’t even make any sense’, which is a fair reflection of many football fans thoughts, while another handed Chelsea fans the online award for the ‘winner of the worst chant’.

Who made this Koulibaly chant? One Twitter user thinks they may know the answer 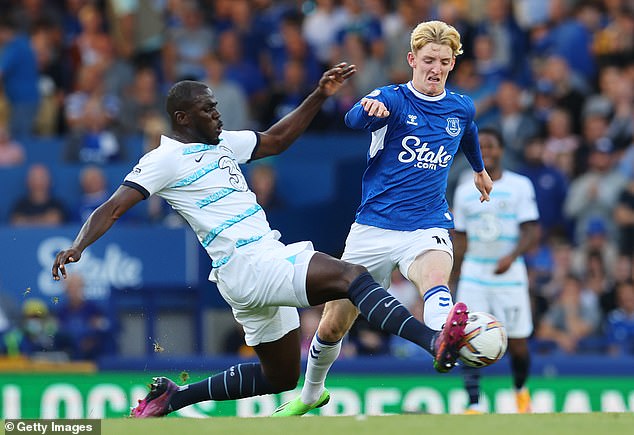 Football chants used to be well-thought out emotion provokers that were sung by the masses in support to recognise a team’s famous past and also the hope for the future, or at other times simply deployed as a tactic to ridicule an opposition player.

This ‘song’ however does nothing of the same ilk. Instead it is the new highlight that other teams supporters will now mock Chelsea for.

One Twitter user was left stunned after listening to the videoed chant saying ‘this is the worst i’ve ever heard’.

Another suggested that the song was made by supporters ‘in the pub five minutes before leaving for the turnstiles’. Possibly an accurate guess at the song’s origins.

Short and sweet: One user gives his verdict in a tweet that is almost as long as the song itself

Koulibaly and Chelsea will entertain one of the hardest team’s they will face this season as London rivals Tottenham travel to Stamford Bridge on Sunday August 14.

The question is, will Koulibaly’s new song be a one-ground wonder or not? We hope so.