Chelsea fans were delighted with Willy Caballero after the Argentine made a number of vital saves in the first half against Bournemouth this afternoon. The Argentine stopper was preferred to Kepa Arrizabalaga between the posts yet again, and the 38-year-old was quick to repay the faith of manager Frank Lampard.

Caballero was handed his sixth consecutive start in all competitions against Bournemouth, having displaced Arrizabalaga as first choice goalkeeper at Stamford Bridge.

It was unclear whether the veteran stopper would feature against the Cherries, having conceded three goals during the midweek defeat to Bayern Munich.

However, Lampard continued to overlook Arrizabalaga – who became the world’s most expensive goalkeeper when he joined Chelsea from Athletic Bilbao for £72million in 2018.

And Caballero was busy immediately, making a superb stop to deny Philip Billing before making another big save from Callum Wilson. 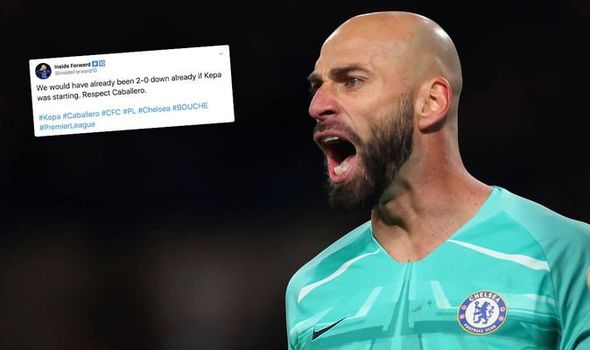 And Chelsea fans praised the goalkeeper’s efforts, with one supporter on Twitter saying: “We would have already been 2-0 down already if Kepa was starting. Respect Caballero.”

Another said: “Caballero deserves to start ahead of Kepa at the moment. If Kepa was in goal, Chelsea would have been behind by now.”

“Good save from Caballero. It’s weird to feel safer with him in goal over your first keeper..” wrote another.

One fan went so far as to say: “What a save by caballero! Definitely the best goalkeeper at chelsea.”

“Kepa is gone,” another added.

However, Caballero’s erratic style has not convinced everyone with many supporters still waiting for the Argentine to drop a clanger.

“Caballero reminds of that nutter who plays in your Sunday league team and offers to play GK because you have no one else,” was one such post.

Arrizabalaga has been linked with a move away from Chelsea in recent weeks, following his first-team snub.

But Lampard is refusing to be drawn on speculation linking the 25-year-old to a swap deal with Jan Oblak. 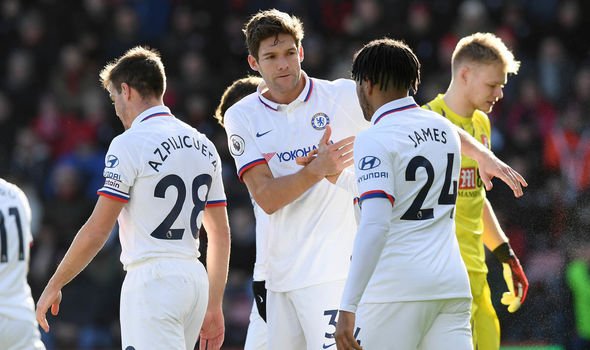 “I have read a lot of false articles, probably guessing on players,” said Lampard.

“Every time I see a Chelsea player put on the shirt they are in control of their own destiny somewhat individually.

You can’t always control collectively the result. All I am focusing on is game by game to get the best finish to the season that we can possibly get.

“Then of course there are decisions for the club ongoing in the summer, we have to look at that.

“But no way am I jumping forward to the future now and a lot of those reports are wrong.”

Lampard previously said: “I’m not looking at signing a goalkeeper now. I’m aware of the criticism, but I’m not affected by it.

“Kepa knows there have been mistakes that have cost goals. That’s the nature of it and that needs to improve.”

Keep has conceded a total of 94 goals during his 85 appearances for the Blues, while Caballero has also had a tough time with no clean sheets during his recent run of five previous starts.