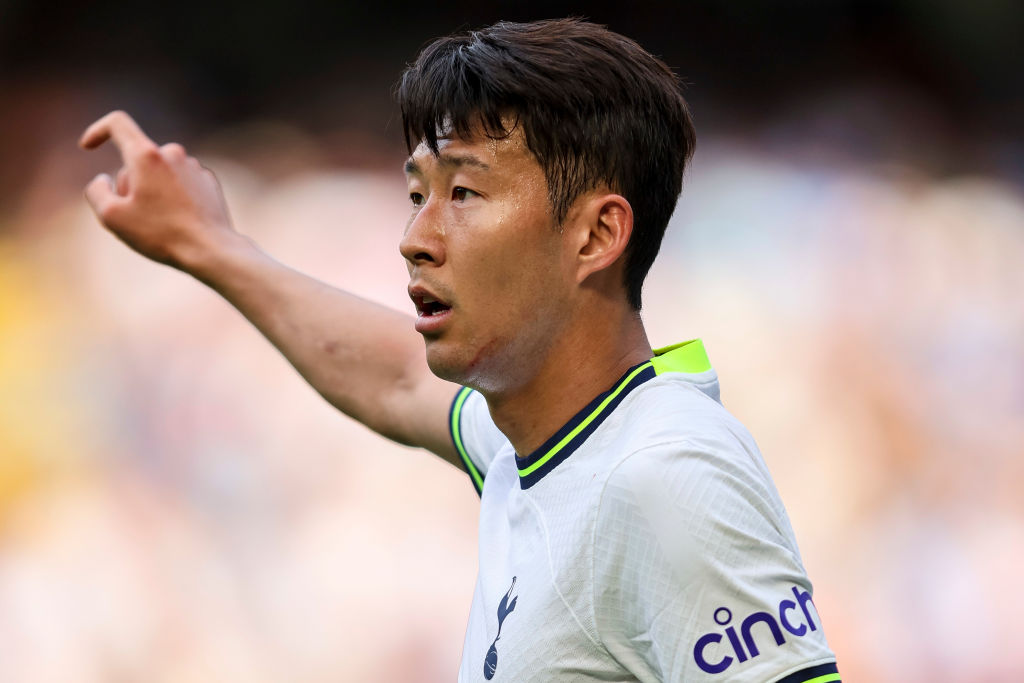 The incident took place during the second-half of Sunday’s 2-2 draw at Stamford Bridge when South Korea international Son went to take a corner in front of the Shed End of Stamford Bridge.

Images circulating on social media appear to show a supporter making a racist gesture at the Spurs star as he walked towards the corner flag to take the set-piece.

The Athletic report an investigation is now underway.

In 2019, the club banned a fan for life for using racially abusive language towards Raheem Sterling – who has since joined the club from Manchester City.

Five other supporters were temporarily excluded from Stamford Bridge for between one and two years for using abuse language and threatening and aggressive behaviour.

Sunday’s match at Stamford Bridge was a fiery encounter between the two London rivals with the respective managers also involved in the action.

New signing Kalidou Kouliably gave Chelsea the lead with a sublime volley on his home debut before Pierre-Emile Hojbjerg drew Spurs level midway through the second-half.

Reece James lashed home his side’s second shortly after to restore Chelsea’s lead before Harry Kane rose to steer home a stoppage time header to rescue a draw for Spurs.

Thomas Tuchel and Antonio Conte clashed following James’ goal with the two separated on the touchline.

After a tense handshake at full-time, another row erupted with both managers receiving red cards for their roles in the melee.

The FA meanwhile are investigating post-match comments made by Tuchel about referee Anthony Taylor’s performance.