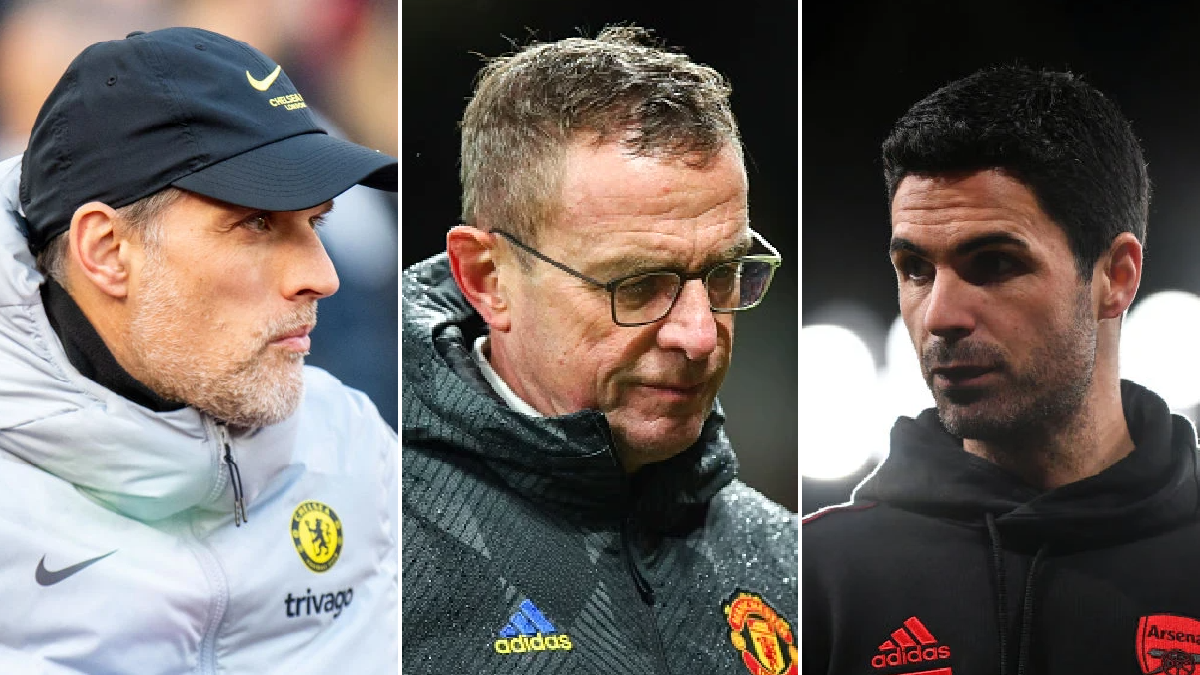 Chelsea, Manchester United and Arsenal have mixed news on the injury and Covid-19 fronts as they prepare for their festive Premier League fixtures.

European champions Chelsea, who have dropped points in three of their last four games, travel to Birmingham on Boxing Day to face Steven Gerrard’s Aston Villa.

Injuries and positive Covid-19 results have already affected Premier League clubs this season, with managers warning that players are at ‘breaking point’ in a collective meeting earlier this week.

The Champions League holders have endured a dismal spell with injuries and Covid-19 absentees piling up.

A number of Chelsea players have tested positive for coronavirus, resulting in the club making a request for their game against Wolves last week to be postponed.

Timo Werner looks set to miss another game after testing positive but Romelu Lukaku and Callum Hudson-Odoi are both available for the Aston Villa clash after serving a period of self-isolation.

Midfielder Jorginho is also available after a false positive test, while Andreas Christensen could make his comeback from a back injury.

Kai Havertz will likely be absent, however, along with Ruben Loftus-Cheek and Ben Chilwell, who suffered a serious ACL injury last month.

Manchester United were also struggling with injuries earlier in the season but the issues have alleviated in recent weeks.

Ralf Rangnick has confirmed that all players who were injured for their last outing and those who contracted Covid-19 have recovered and are in contention to play at St. James’ Park.

Paul Pogba is still out injured, however, and could face another month on the sidelines with his thigh problem.

Rangnick said: ‘As you know, last week the last training session on Thursday, from there to today, we had eight few players and three goalkeepers and then we closed the training ground for four days in order to break the chain.

‘And today was the third day of training this week, we started on Tuesday, we trained yesterday and today, and today we have 25 field players, so quite apart from Paul Pogba, he’s the only one who’s still missing out, everyone else is on board. The development of the last week is extremely positive.’

Manchester United’s injury boost means Edinson Cavani and Raphael Varane are both available to face Newcastle following their spells in the treatment room.

Arsenal have also seen a number of players test positive for the virus, with Albert Sambi Lokonga, Pablo Mari and Calum Chambers all set to miss the trip to Norwich.

Impressive summer signing Takehiro Tomiyasu is a doubt for the clash at Carrow Road after suffering an injury during the recent victory over Leeds United.

The Gabon forward was stripped of the captaincy due to a disciplinary issue and has been absent for four matches.

‘We will go game by game and we will decide the squad as we get closer to the game,’ Arteta said when asked if Aubameyang could return on Boxing Day.