Chelsea are in talks with Porto to sign Alex Telles in the summer transfer window. Telles’ arrival would free up Marcos Alonso to link up with former Blues boss Antonio Conte at Inter Milan.

Frank Lampard is looking to strengthen at left back at the end of the season amid concerns over Marcos Alonso and Emerson Palmieri.

The two players have struggled to nail down a regular spot since Lampard replaced Maurizio Sarri in the dugout so a new option is likely to be acquired.

According to Italian football journalist Nicolo Schira, Telles has been identified by Chelsea as the man to arrive and a deal is already in the works.

He wrote on Twitter: “#Chelsea are really interested in Alex #Telles (Porto) for the next season. Talks ongoing. 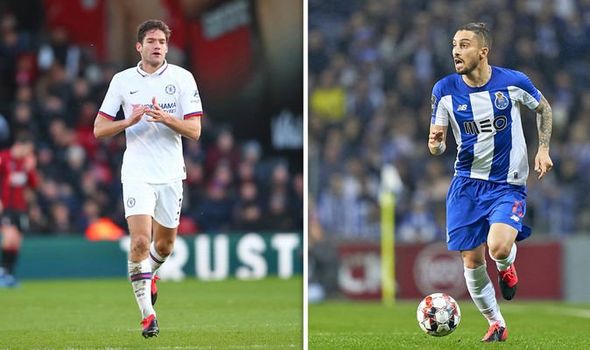 “He could replace Marcos #Alonso, who is the first choice of Antonio #Conte for #Inter as a left-back.”

It was previously reported Porto were ready to cash in on Telles at the end of the season.

The Portuguese giants are ready to sell this summer in order to avoid losing him for free at the end of the 2020/21 campaign.

The 27-year-old has another year on his current deal at the Estadio do Dragao, but he reportedly does not intend sign an extension.

He joined from Galatasaray for just over £5million in 2016, signing a five-year deal at the club. 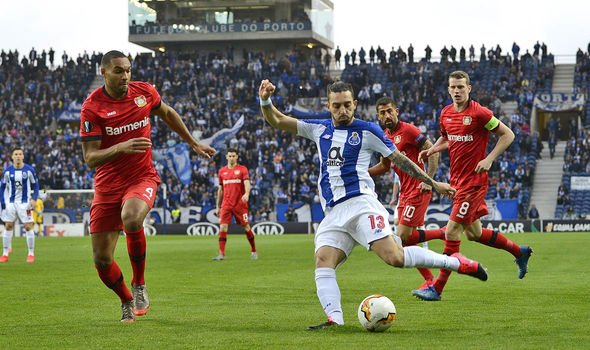 Telles has made over 100 appearances for Porto and has racked up 38 outings across all competitions so far this season, scoring 10 goals and providing nine assists.

Chelsea did not sign any players in the January transfer window, despite successfully overturning their transfer ban.

Lampard expressed his disappointment at the club’s dry month in the market.

“It’s clear that we wanted to bring players in,” he said.

“I certainly wanted to bring players in. I think I’ve made that pretty clear over the last few weeks and it hasn’t happened.”

The departure of Alonso would free up space in the squad for Telles.

Alonso, 29, is in his fourth season at Stamford Bridge following a transfer from Fiorentina in 2016.

He has contributed a goal threat from left-back, scoring 22 goals in 139 appearances.

A total of four goals and three assists from 10 league appearances represents another solid return from the Spaniard.

He played a key role in Chelsea’s title triumph in Conte’s first season in charge of the Blues in 2016/17.