Chelsea could have the opportunity to sign Alex Telles in the summer transfer window with FC Porto looking to make a profit off the 27-year-old. Telles still has another year on his current deal at the Estadio do Dragao, but the Brazilian international reportedly does not intend sign an extension.

Portuguese outlet A Bola claim Porto are ready to sell their star defender this summer in order to avoid losing him for free at the end of the 2020/21 campaign.

This stance has been influenced by the departures of Ivan Marcano (in 2018 before his subsequent return), Hector Herrera and Yacine Brahimi for nothing in recent seasons.

The report suggests Porto were initially keen to keep hold of Telles, but are unable to meet his salary demands of around €6million a year (roughly £100,000 a week).

The Primeira Liga giants are therefore looking to cash in on the left-back, who has attracted attention from Juventus as well as Chelsea in previous windows. 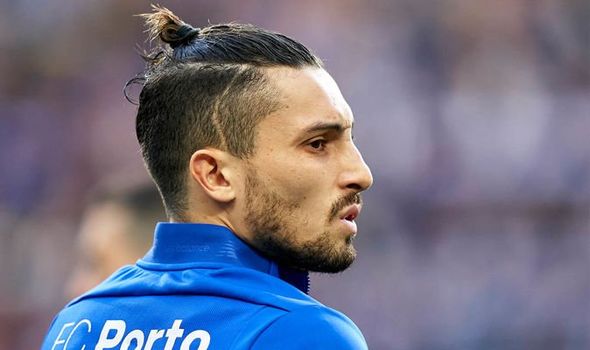 And A Bola suggest Chelsea have made ‘several charm offences’ to sign Telles, who’s ‘great ambition is to play in England’.

The Blues are in the market for a new left-back, with both Marcos Alonso and Emerson Palmieri failing to establish themselves as first-choice this season.

However, Alonso has enjoyed a resurgence in recent weeks, scoring Chelsea’s past three Premier League goals – including a double as his side fought back to earn a point against Bournemouth on Saturday.

But Lampard has opted to deploy Cesar Azpilicueta out of position on the left side of defence in big matches so far this term.

And more strength-in-depth will be required if the 41-year-old continues with the 5-2-3 formation seen in recent weeks.

Telles is thought to have a €40m (£34.4m) release clause in his current deal, although Porto could let him go for less in order to secure a profit.

The left-sided defender joined from Galatasaray for just over £5million in 2016, signing a five-year deal at the club.

Telles has made over 100 appearances for Porto and has racked up 38 outings across all competitions for Porto so far this season, scoring 10 goals and providing nine assists. 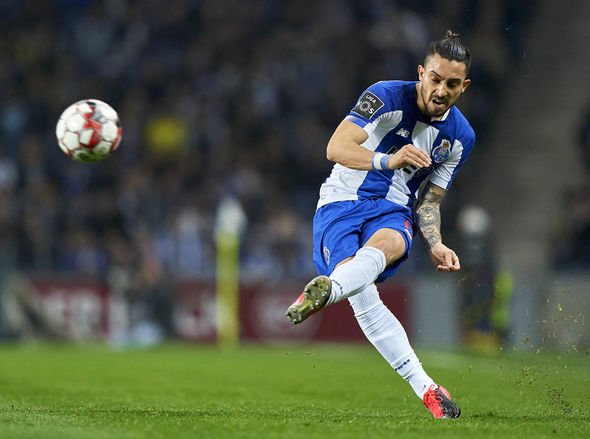 And the former Gremio and Inter Milan ace will provide plenty of attacking threat if Chelsea do opt to pursue the 27-year-old this summer.

Lampard was outspoken about the Blues’ lack of activity in the January transfer market, with no new signings brought in dispute the club’s FIFA ban having been lifted.

“It’s clear that we wanted to bring players in,” said Lampard.

“I certainly wanted to bring players in. I think I’ve made that pretty clear over the last few weeks and it hasn’t happened.”

Chelsea are still on the hunt for a new striker as they look to ease the burden on top scorer Tammy Abraham, who is currently sidelined with an ankle injury.

However, the Blues have been handed a new blow with long-term target Dries Mertens set to sign a contract extension keeping him at Napoli for another two seasons.

The Belgian forward is a free agent at the end of the current campaign, but now seems set to stay at the Stadio San Paolo despite interest from a host of clubs around Europe.