Beneath his face mask, Steve Clarke revealed a smile when he took the unexpected decision to take questions from the media on Tuesday. But behind his cordial facade, you suspect a scowl was fighting to break through.

The Scotland boss, in UEFA speak, ordinarily chooses to dispense with his thoughts on ‘Match Day Minus One’.

So to do otherwise, in the wake of Monday’s 2-0 defeat by Czech Republic, meant that Clarke had something to say. 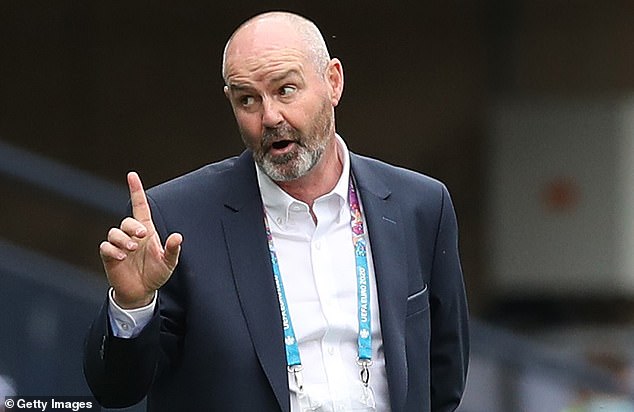 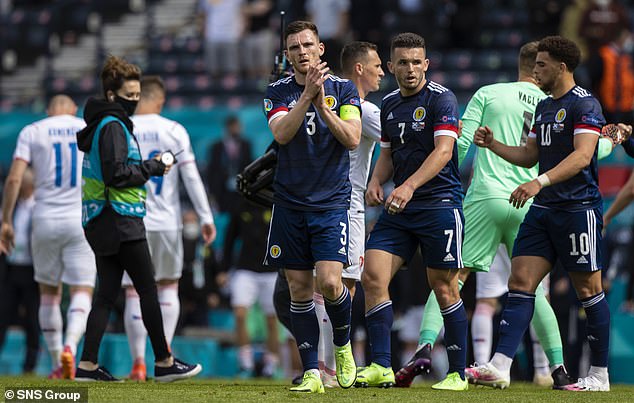 And his message was this — he believes the reaction to the loss has been unfair.

‘The doom and gloom that followed the result should be put away,’ he began by saying, and that was telling. ‘Unfortunately, most people look at the result and take a conclusion from that. I look at the performance. We have lots of positives.

‘The last time we played Czech Republic at Hampden, we had 40 per cent possession. This time, we had nearly 60 per cent.

‘We dominated the ball. We had 19 shots, but we could have been more clinical, only four were on target.

‘We were hoping to score, they were expecting to score. That was probably the difference.’

Clarke has come in for criticism after not starting with striker Che Adams, introducing him at half-time with the score at 0-1.

‘I don’t think Che would have made too much difference in the first-half, because we didn’t get quality balls into the strikers,’ he protested.

‘When we lost the goal just before half-time, I had a fair idea the game would open up. That allowed Che to show his talents.’

Adams is almost certain to start at Wembley on Friday. Arsenal defender Kieran Tierney, however, remains a major doubt after missing Monday’s match with a calf problem.

‘He is back in light training, but that is a big difference to normal training,’ said Clarke from the Scots’ Darlington base.

‘I wouldn’t think Kieran will train on Wednesday. We will work on him over the next few days and he has got a chance of being fit for Friday. I can’t tell if he is going to be okay, that is the honest answer.’

Clarke defended his goalkeeper David Marshall, blamed in many quarters for being too far upfield before Patrick Schick’s wonder goal. It tallied with his sense of unjust coverage. 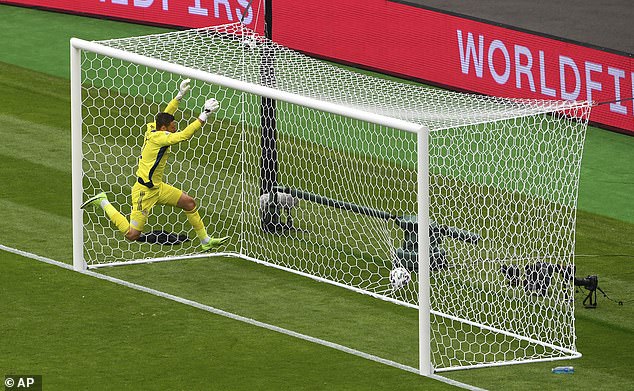 ‘He has faced that type of shot 50 times in his career,’ said Clarke. ‘It is the only time it’s gone in.

‘Jack Hendry had a shot on the edge of their box and three seconds later the ball was in the back of our net.

‘It was just one of those things, I don’t understand the criticism of David.’

Clarke, it would seem, believes it is those returning judgement on him and his players who do not understand.

He sought to answer those critics on Tuesday, but it is his side’s response against England that will speak volumes.