Coventry 2-0 Barnsley: Sky Blues move within inches of survival as Dom Hyam and Matt Godden strike… Mark Robins’ side can now start looking ahead for return home to Ricoh Arena

While nothing can ever be taken for granted in the Championship, it’s pretty certain now that Coventry can look forward to a second season in the second tier.

While it’s true that Rotherham United in 22nd retain two games in hand, there are a trio of sides – Birmingham, Huddersfield and Derby – acting as a buffer between Coventry and the Millers. 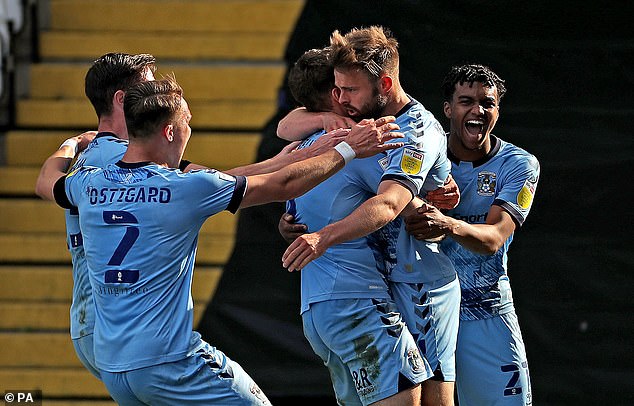 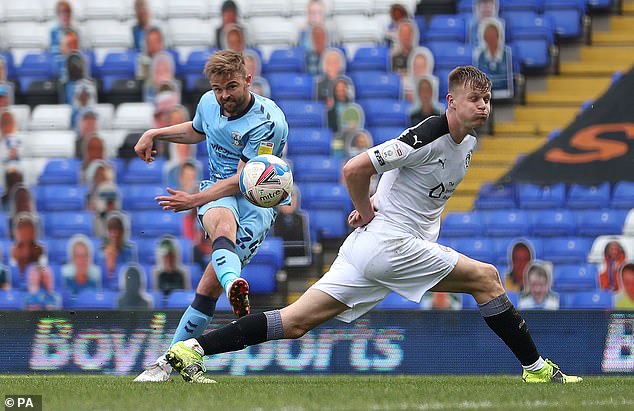 Another three points, maybe at Stoke City in midweek, should do it for Mark Robins and his team, whose run of three wins from four has been perfectly-timed.

With Coventry set to return home to the Ricoh Arena for next season, the on and off-field horrors of the past few years appear to have been put behind them.

They deserved this result against a Barnsley side who were surprisingly flat considering they could have cemented their play-off spot with victory.

They remain sixth and have the luxury of a four-point cushion to Reading below them but they didn’t come close to meriting all three points here.

Muffled cheers could be heard from the homes around St Andrew’s as Harlee Dean scored Birmingham’s late winner at Rotherham in the Championship’s early kick-off. 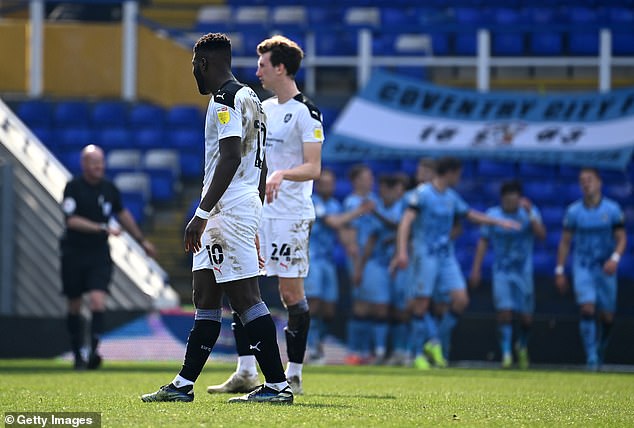 And that goal would have cheered their tenants Coventry as well because it provided an opportunity to put clear blue water between themselves and third-bottom Rotherham, whom they’d beaten themselves on Thursday night.

Their positive start in the game reflected this and they bossed most of the first-half, taking a deserved lead.

Sam McCallum launched a succession of slingshot throws into the Barnsley box, while visiting keeper Brad Collins had to come charging off his line to deal with long balls on more than one occasion.

Coventry’s ninth-minute opener was brilliantly taken by Hyam and also resulted from a throw-in, albeit a shorter one.

Gustavo Hamer took it quickly, catching Barnsley’s defenders off-guard and the strength of Max Biamou saw him chest the ball back to Hyam, lurking just inside the box. 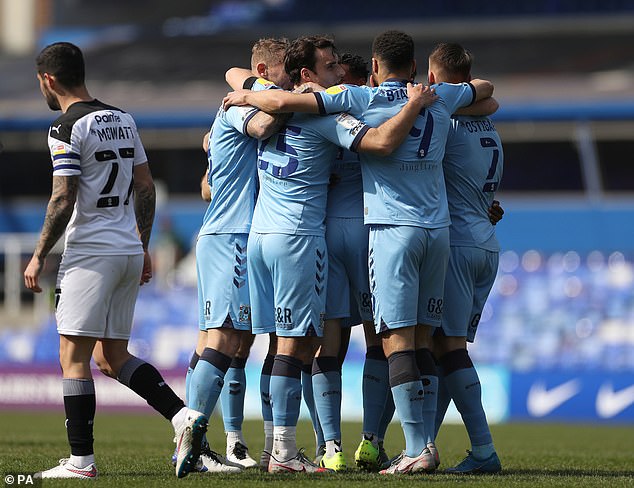 Hyam wasn’t facing towards goal but twisted his body to hit a sweet right-footed shot with such power Collins didn’t stand a chance even at his near post. It wasn’t bad for a defender in any case.

Coventry pushed on, with Leo Ostigard, their match-winner at Rotherham, planting a header on the roof of the net after a Matty James free-kick delivery.

And another of those McCallum hurlers found Hyam searching for another, only to head over.

Barnsley weren’t playing like a team with Premier League aspirations nor a side that, unlike Coventry, had a blank midweek. They barely got close to Coventry’s box in the opening 45 and yet almost went in at half-time on level terms.

Good work from Daryl Dike and Conor Chaplin sprung Cauley Woodrow in behind the home defence. Closed down by keeper Ben Wilson, Woodrow got his shot through but wide of the post. 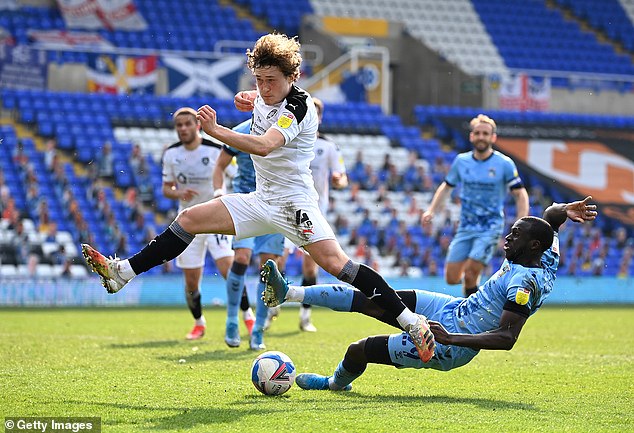 Coventry have made determined push for safety, winning three in their last five league games

There was more about Barnsley after the break, aided by the fresh legs Valerien Ismael introduced, but little in the way of clear-cut chances.

Instead a hopeful long ball set Coventry substitute Viktor Gyokeres scampering clear and it required a last-ditch slide tackle by Michel Helik to block his shot. McCallum scuffed an effort wide from the corner.

Barnsley finally carved out an opening when Callum Styles drove forward on a diagonal run from left to right before picking out Dominik Frieser in space on the right. His drilled shot was pushed out by Wilson.

In the dying moments of normal time, Daryl Dike, who’d struggled to make his mark on the game, was suddenly free inside the Coventry box. You expected the net to bulge but the American’s strike flew wide.

Barnsley were pushing into the closing stages but were stung by a Coventry break in the second minute of injury time. Godden was played clear and showed great composure to cut inside a defender and curl his shot into the far corner.