‘Trust me, we’re gonna be good’: Defiant Declan Rice sees positives in England’s performance during 1-0 loss to Italy… despite Gareth Southgate’s side being BOOED off after suffering relegation from their UEFA Nations League group

Declan Rice was naturally disappointed following England’s relegation from the top tier of the Nations League – but said he saw positive aspects despite their 1-0 loss in the San Siro to Italy.

Rice played the whole 90 minutes, as England went another game without a win, following Giacomo Raspadori’s strike just over 20 minutes from time.

Travelling away fans loudly booed the team at the final whistle, as it means they have just two points from their five group matches. England will drop down to the second tier of the UEFA Nations League, regardless of what happens on Monday at home to Germany. 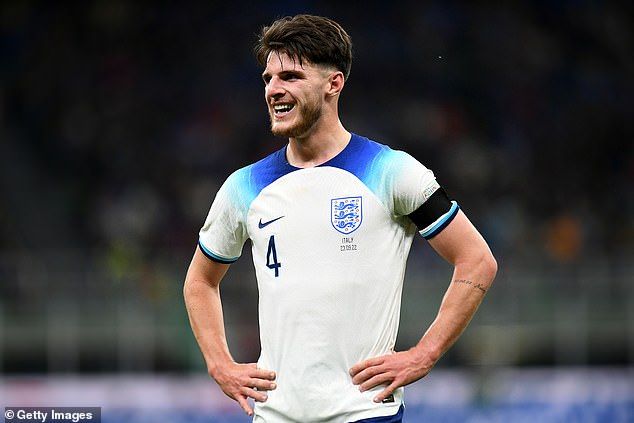 After the match, Rice told Channel 4:  ‘It’s obviously disappointing. Every tournament we go in, we want to win the group and progress and win every game. We’ve slipped below our standards.

‘I didn’t think it was all bad tonight, one chance for them, one goal. I thought we controlled the game.

‘We’ve passed around well especially in the first half, just lacked that cutting edge in the end.

‘It’s coming. Much better performances than there were in the summer.’ 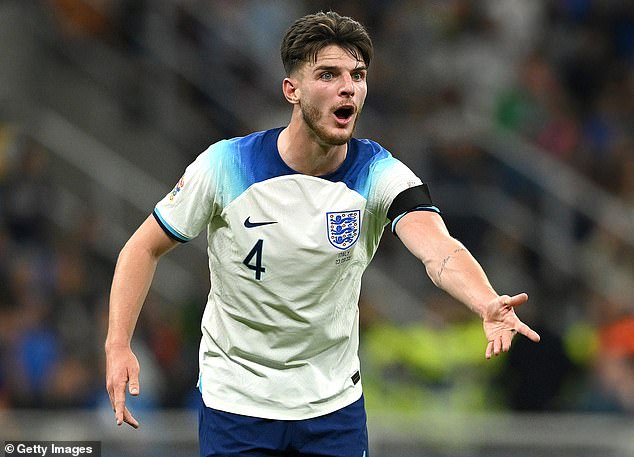 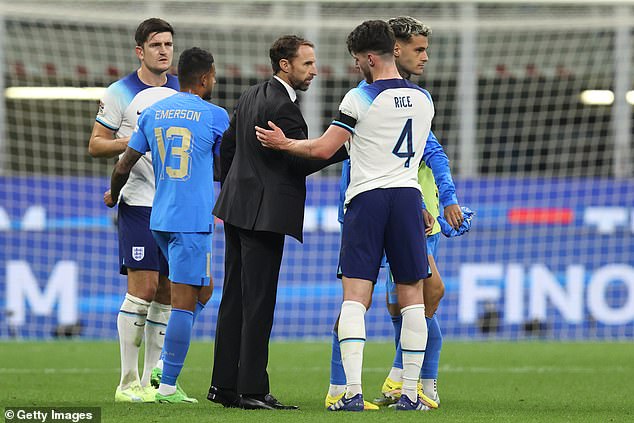 Despite the wealth of attacking talent in Gareth Southgate’s England set-up, they have now not scored in over 450 minutes of open play.

However, Rice, who plays his club football for West Ham, said he is not concerned about the inability of the Three Lions to score coming into the World Cup in less than two months time.

‘It’s not that we’re not creating the chances,’ Rice said. ‘So many times, we got into the penalty box. Even myself, I could have had a shot, instead of laying it off.

‘I see it in training, there’s goals for fun. Trust me, we’re gonna be good.’

Monday’s home match against Germany is England’s last match before the World Cup, where they will face three Group B matches against Iran, the USA and Wales. 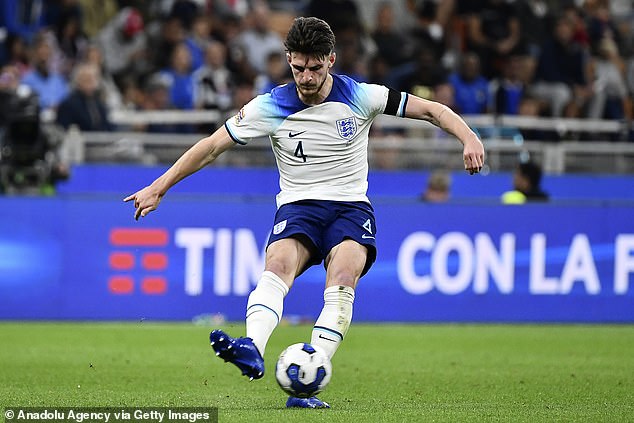 Rice says that England’s strikeforce score for fun in training, and goals are coming for the team