DOMINIC KING: Everton’s woeful performance against Bournemouth has heaped pressure on Frank Lampard, but their problems run deeper than the manager… humbling defeat should NOT spell the end of his time in the dugout

Here we are at this stage again — a woeful Everton performance, an awful result, a furious set of supporters and apologies from the players.

It is a wearily familiar pattern for the club. You can now add Bournemouth to Brentford 12 months ago, Wolves (July 2020), Liverpool (December 2019), Arsenal (February 2018) and Watford (November 2016) for defeats that sparked eruptions.

Frank Lampard, inevitably, has come under fire for the misery at the Vitality Stadium, but every Everton manager in the last six years has been in this spot, from Ronald Koeman to Sam Allardyce, Marco Silva, Carlo Ancelotti and Rafa Benitez. 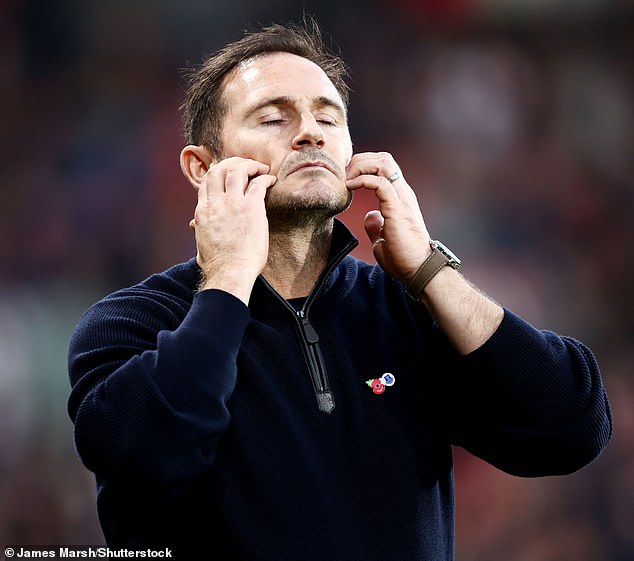 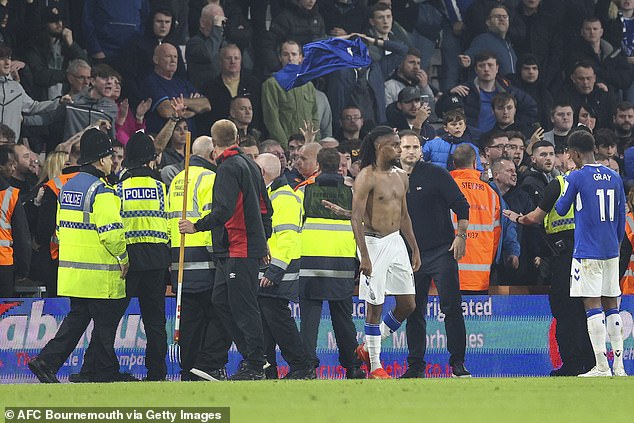 This should tell you one thing — it cannot always be one man who is solely to blame. But no manager is totally safe at Goodison Park because Farhad Moshiri is an owner who can change his mind with one phone call or go in a completely different direction when he has been advised to steer a certain course.

The guidance from the club yesterday, however, was that there is no appetite for change. Good. The last thing Everton need is more upheaval. Their problems run significantly deeper than the man on the touchline.

The Toffees stayed in the Premier League in May by the skin of their teeth and it was ridiculous to think their problems would disappear over the summer.

How could that be possible when they sold Richarlison, their best player, on top of it?

Lampard had to wheel and deal with the fee that came in from Tottenham and has added some good players. 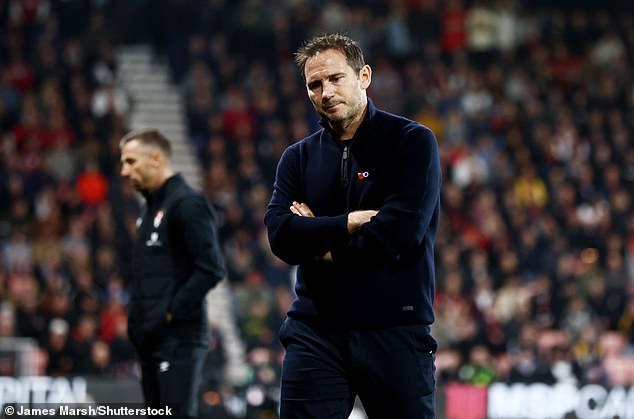 Lampard is now under immense pressure, with his side looking set for another relegation scrap

But the failure to bring in someone to score goals has cost them dearly in recent months, as Neal Maupay was never going to be that prolific. Ben Brereton-Diaz, the Blackburn forward, was an alternative target and it has been noted he has already reached double figures in the Championship again.

He had the right profile to improve with coaching and whether that can be revisited remains to be seen.

This break comes at a good time and Lampard will head to Australia for two friendlies knowing he has questions to answer.

Bournemouth will have hurt him as much as it hurt those who made the 500-mile round trip from Merseyside.

It should not, though, prove terminal.