Macarthur FC boss Yorke played a small part in Kuol’s sensational arrival in senior football, giving him a cameo against Barcelona for the A-League All Stars, which he grasped with both hands.

His exceptional performance helped convince Premier League outfit Newcastle to shell out just under £300,000 (AU$515,000) on the 18-year-old, and Yorke is convinced the teenager will go to the very top. 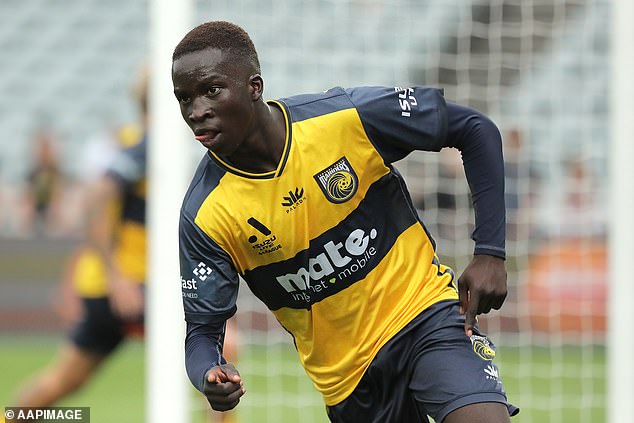 ‘I first came across him in the All Star game against Barcelona … and in terms of his football intelligence I thought ‘wow’, and obviously he was sensational in that game when he came of the bench,’ Yorke told Wide World of Sports.

‘I thought nothing of him until I actually saw him close up and his rise has been notable, and he’s been tremendous to that point.’

Kuol bagged two goals for Central Coast Mariners against Yorke’s Macarthur last weekend and although the Bulls came through with a late winner, the former Man United star says the youngster has ‘the x-factor’. 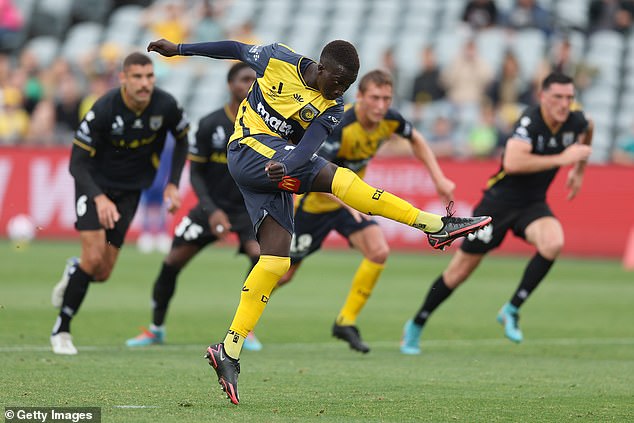 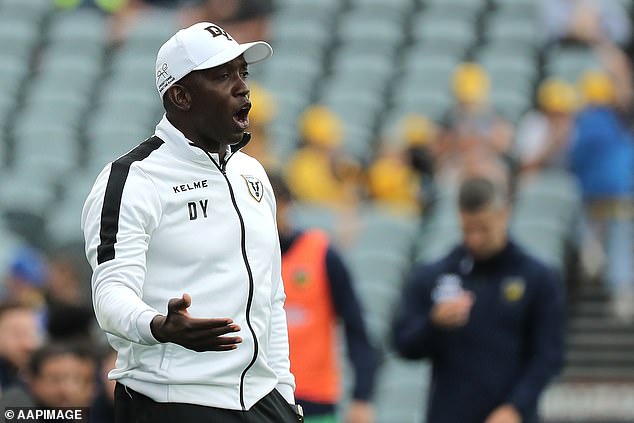 ‘Yesterday was just another moment where you thought “this guy has certainly got the x-factor”, and he’s done it consistently since that move to Newcastle – he’s seemed to get stronger and fitter, and he’s one to watch out for,’ he said.

‘I’m not sure how Graham Arnold will use him in his squad, but he’s magical … yesterday we found out in no uncertain terms that he’s a special talent.’

As for the Socceroos, they have an uphill challenge to get out of their group and reach the knockout stages of this year’s World Cup in Qatar, with France, Denmark and Tunisia also vying for the two qualification spots.

But Yorke believes that Australia can defy the odds and make the last-16, and insists that Arnold will be targeting the Tunisia game to keep them in the mix ahead of their final group match against Denmark. 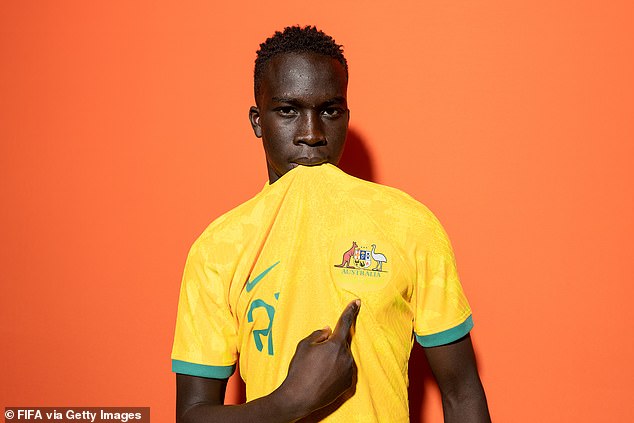 ‘ I think Australia will probably look at those two games [against Denmark and Tunisia] and think maybe, if we have a chance, these are the two games.

‘When you looked at the group in the first place as a manager or as players, you look at a particular game where you think you need three points,’ Yorke said.

‘This is probably the game that they’ll look at with a lot more confidence going into it, despite the difficult start against France in the opening game.

‘There’s no two ways about that – if they have any glimmer of hope of advancing into the knockout stage, this will be the game that they need to capitalise on.’